Colorado Parks and Wildlife said the number of elk in southwest Colorado has dropped by about 2,600 in the past four years. 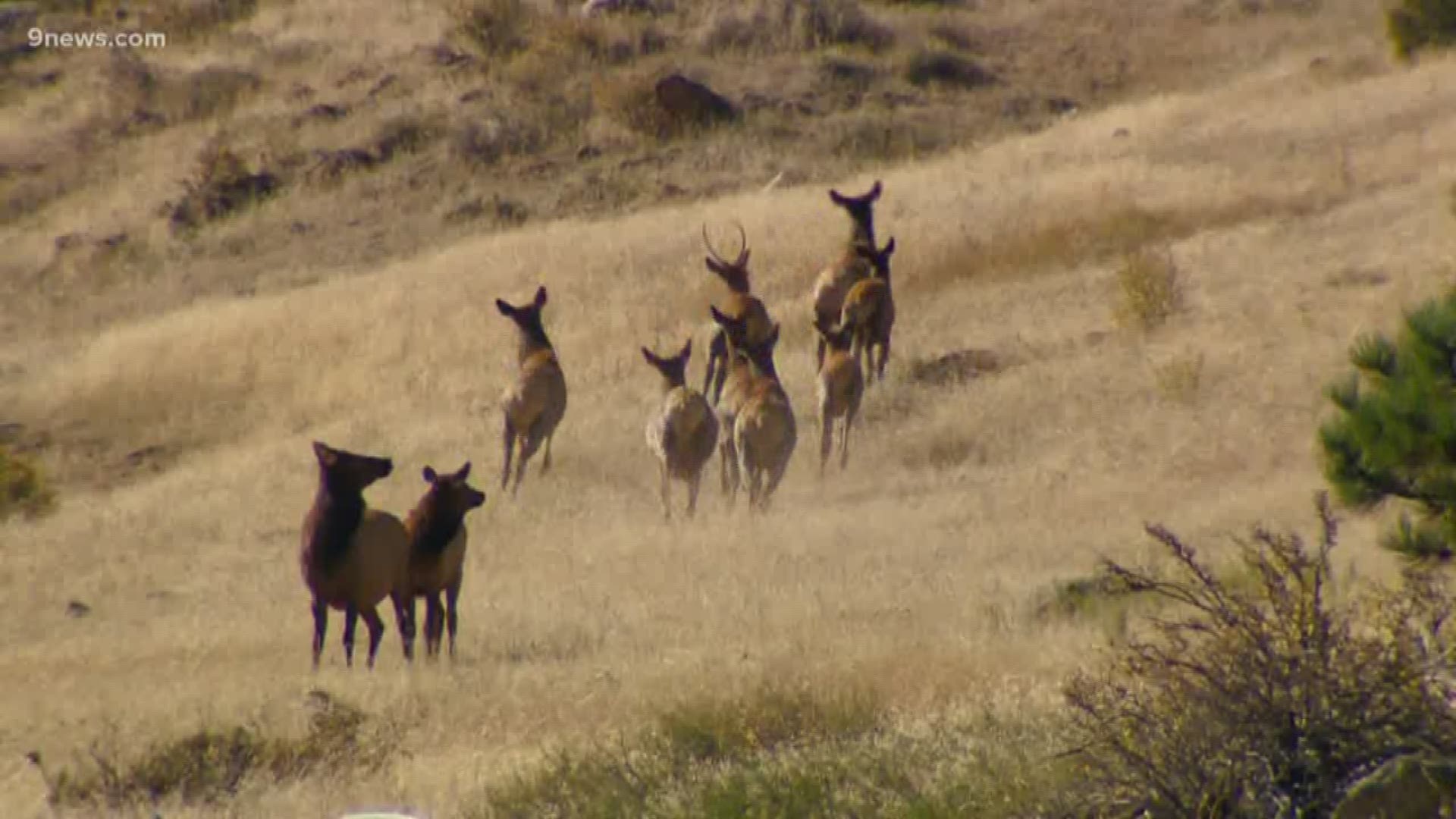 COLORADO, USA — The elk herds in southwest Colorado are hurting and Colorado Parks and Wildlife (CPW) is trying to figure out why.

Wildlife officials said there is a troubling decline in calves surviving to maturity from Trinidad to the Utah border. CPW said there are usually 40 calves per 100 cows in that area. Right now, the ratio is 18 calves to 100 cows, according to CPW spokesperson Joe Lewandowski. Officials have watched the decline over the past 15 years.

“This is all a long-term process. It’s taken a decade or more to get to this level,” Lewandowski said. “We’ve tried a lot of things over the years and we have to just keep trying what we think will help.”

RELATED: Avon photographer explores why the wildlife seem to be vanishing in Eagle County

CPW started a 6-year program to track the calves and their mothers last year. Officials put GPS collars on some of them to follow their whereabouts and check-in on their health.

Lewandowski explained researchers do not have enough data to point to an exact cause yet. They think there could be several factors including more predators, diseases, drought, and human impact.

“We have a lot more people recreating in the high country. Hikers, bikers, people on ATVs,” Lewandowski said. “We know from past studies that have been done that elk don’t assimilate to people the way deer do. They don’t like being disturbed.”

RELATED: CPW says someone feeding a doe corn caused her to die

CPW said they plan to use the information they collect to help the population rebound. Officials said calves are born around June. CPW hopes to have more answers by this fall when those calves begin to mature.

CPW has also limited hunting licenses on cow elk in southern Colorado this year. Most archery hunters can only hunt bulls in the area.

The elk population north of Interstate 70 has been doing much better, according to CPW. The calf-to-cow ratio in that region is 70 calves to 100 cows.