Denver still considering whether they will round up, kill more geese in 2020

2019 was the first year the city culled geese as part of its goose management plan. 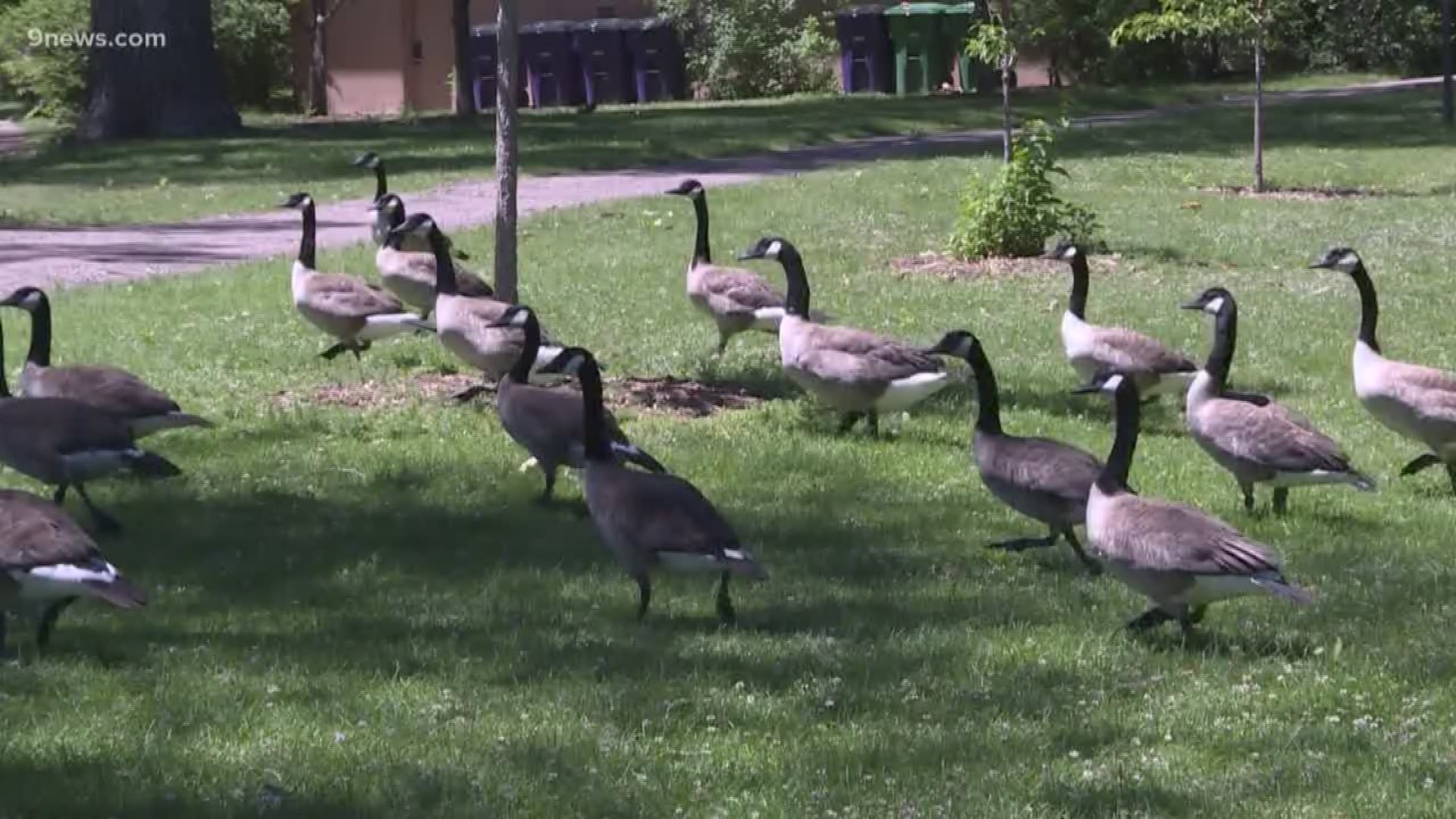 DENVER — Denver Parks and Recreation will continue to manage the geese population in 2020 and is considering culling again, according to Cynthia Karvaski, a spokesperson for the department.

This year was the first year the city culled geese -- culling is selective slaughtering. It was part of the city's goose management plan in an effort to control the city's goose population.

Karvaski said the city has about 5,000 resident geese, or geese that stay here, which is different than migrating geese.

"We’re also seeing all the migrating geese coming through," she said. "They’ll be moving south."

She said the city uses a "goosinator" and other hazing methods to keep the migrating birds moving.

The goosinator is a remote-controlled machine that looks like a predator. There are three of them in the city.

Crews will also coat geese eggs with vegetable oil causing them not to hatch, which Karvask said tricks the birds into staying on the eggs until it's too late for them to lay more. Karvaski said if they take the eggs, the birds will lay more.

RELATED: Yes, geese are protected by federal law. Here’s why Denver can round them up anyway

There hasn't been discussion about the number of geese the city could eliminate in 2020.

Karvaski said early spring is when goslings hatch, and they'll have a better idea of how many resident geese there are. Then they’ll figure out if there needs to be additional culling.

US Fish & Wildlife gave USDA a permit to cull up to 2,200 geese in 2019. The majority of those geese came from Denver, Karvaski said earlier this year.

The practice drew criticism from local activists, who created a citizens' group called Canada Geese Protection Denver “in response to clandestine raids in which Denver Parks & Rec and the USDA slaughtered thousands of geese in Denver’s parks in the middle of the night."

Crews from the U.S. Department of Agriculture's (USDA) Wildlife Services division do the work on Denver's behalf.

Karvaski said the birds like Denver's parks because there are no natural predators and the lawns are cut low and they can see.

Denver has a three-year contract with the USDA. 2020 will be the second year of the contract.