The goal is to scare off geese that will be coming into Denver over the next couple of months. 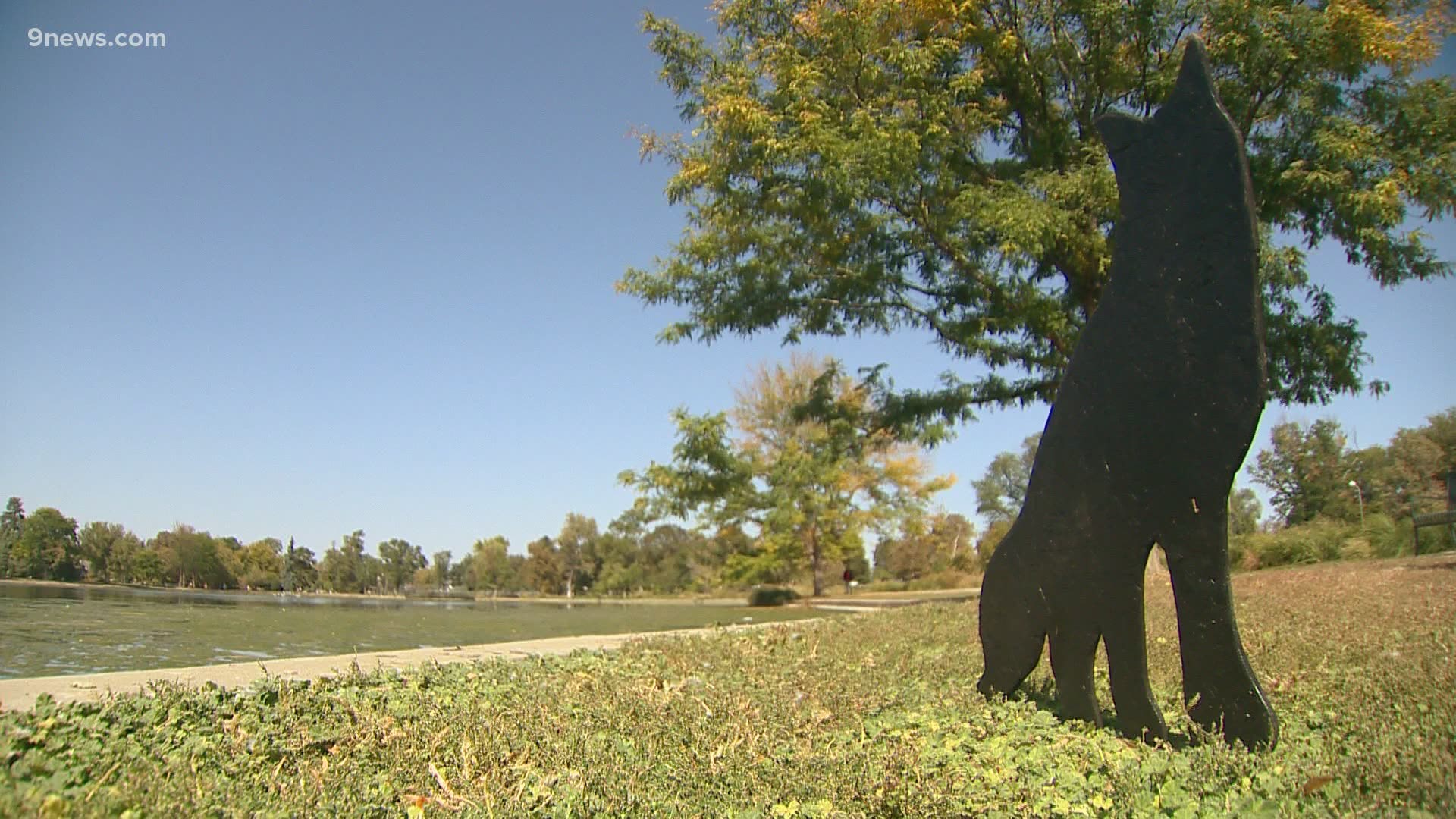 DENVER — After trying just about every trick in the book, Denver Parks and Recreation has a new tool for managing the city's problematic Canada goose population.

The department is now using cutouts of coyotes to scare them away.

Parks and Rec has been trying for a decade to reduce the number of geese that frequent the city's parks.

"They've become a burden to managing [City Park]," said Scott Gilmore, the deputy executive director of parks and planning. "They start outcompeting other wildlife species, there's not as many different types of waterfowl now in the park."

And then there's the poop. A goose can produce a pound of poop a day, according to Gilmore. With 600-700 geese living at City Park alone, that means thousands of pounds of poop a week.

Now, after a number of tactics including hazing the geese, an egg oiling program, habitat modification and culling the goose population, among other things, Parks and Rec is trying the coyote cutouts.

The goal is to manage the migratory species that will be coming in in droves in the next couple of months, according to Gilmore.

Last year, the city stirred controversy by euthanizing some 1,600 geese at local parks with the aim of better managing the population. That continued this year, with geese being gathered from five different city parks and the City Park Golf Course.

RELATED: Denver still considering whether they will round up, kill more geese in 2020

RELATED: Geese in 5 Denver parks will be euthanized this summer to help control population

RELATED: Who you gonna call? Goosinator

This year's plan calls for up to 400 more geese to be gathered and killed. The aim is to reduce the city's goose population by 40% within five years.

The USDA takes the culled birds and processes the meat. The viable meat is then given to food banks for people in need.