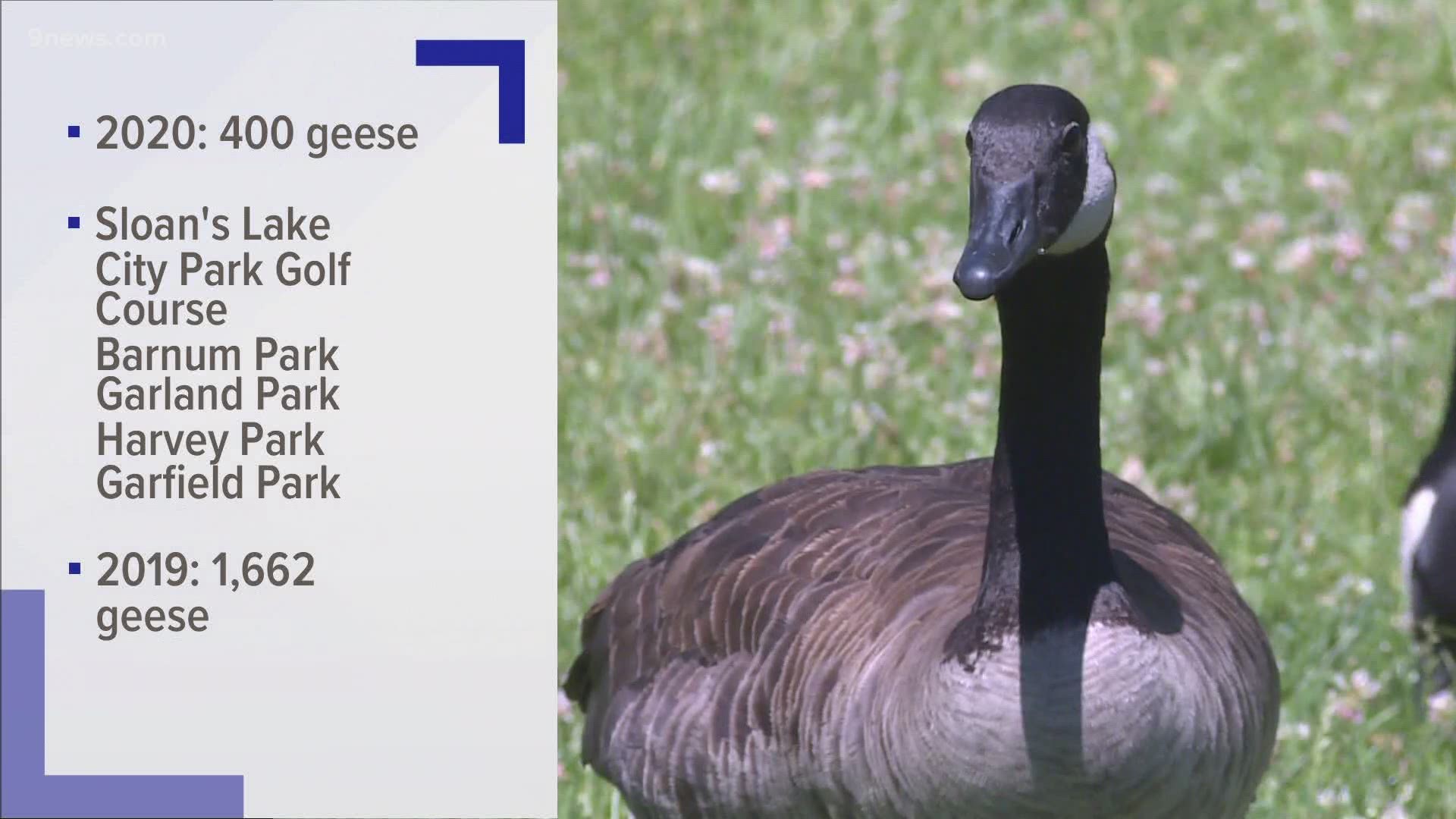 DENVER — Geese culling has begun again at some Denver parks.

Denver Parks and Recreation said some geese were rounded up Tuesday morning at Sloan's Lake.

Geese will be culled, or selectively slaughtered, from at least five other parks, according to the city's 2020 goose management plan.

>> The video above is from 2019, when a citizen's group formed to honor the geese that were culled.

The other parks where geese will be taken from are:

Four of the parks in this year's plans were not included in 2019's culling efforts, according to the Parks and Recreation department.

This year's management plan calls for up to 400 geese to be culled. In 2019, 1,662 geese were culled from Washington, Garfield, Sloan's Lake and City parks and euthanized, according to statistics provided by the city.

The city said it's working with the USDA to reduce the Canada goose population by 40%, or 2,000 geese, within five years.

City officials said the population needs to be lowered to reduce goose poop at parks and reduce diseases like botulism in water sources.

RELATED: Denver still considering whether they will round up, kill more geese in 2020

Lowering the population increases vegetation growth and lessens park maintenance, according to a spokesperson for Park and Recreation.

Culling the birds was a last resort after years of ineffectiveness with other goose management techniques, Parks and Recreation said.

Wildlife officers also use harassment and hazing, egg oiling and other scare tactics to keep the geese population from growing.

Last year, Cynthia Karvaski, a spokesperson for the department, explained the city uses a "goosinator," a remote-controlled machine that looks like a predator to keep migrating geese moving.

The crews also coated geese eggs with vegetable oil causing them not to hatch, which in 2019 Karvask said tricks the birds into staying on the eggs until it's too late for them to lay more.

Geese are currently in molting season and are unable to fly.

The USDA takes the culled birds and processes the meat. The viable meat is then given to food banks for people in need.