The 2 lion cubs at the Denver Zoo have their names

Oskar and Araali were born April 23. 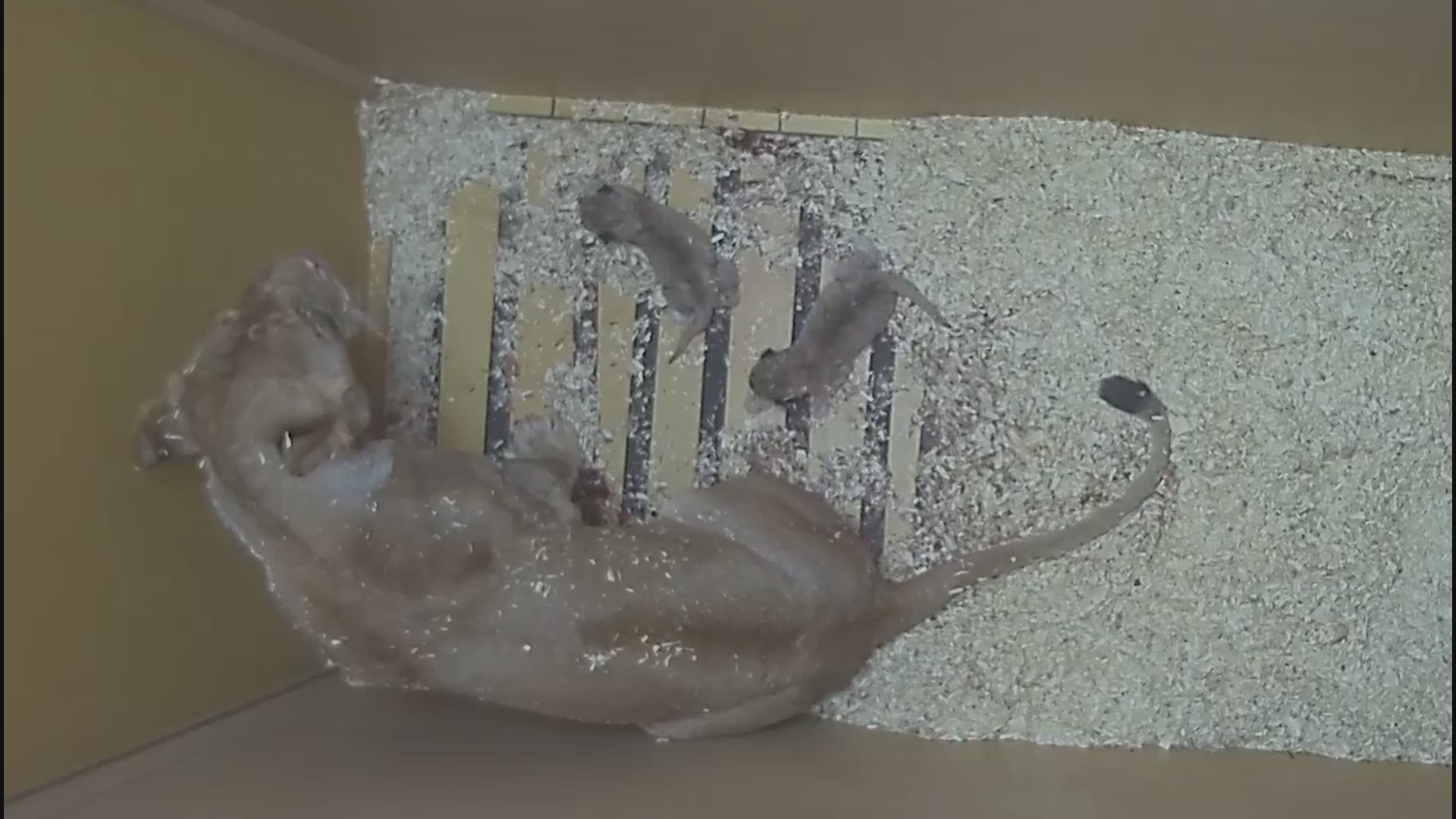 DENVER — Oskar and Araali — those are the names chosen for two lion cubs born at the Denver Zoo in April.

Oskar was named after Oskar Blues Brewery in Lyons, and Araali, which means "thunder in Swahili" is meant to pay homage to her grandfather Sango, who was named for the Yoruba god of thunder.

> Video above: The two lion cubs play shortly after their birth.

Thousands of votes were cast to help name the two cubs during a fundraising campaign for the zoo. The zoo said it raised nearly $53,000, including matching gifts from two anonymous donors, Brandon McManus from the Denver Broncos, Elizabeth B. Searle Fund, the Eisinger Family and Jim Steverson.

The cubs joined the rest of the zoo's pride, which includes unrelated female Sabi, 7, Kamara's mom, Neilah, 7, and their half-brother Tatu who was born at the zoo last July.

According to Denver Zoo, half of Africa's lions have disappeared in the past 25 years as the species faces growing threats from poaching, loss of prey and habitat destruction.