The moose was spotted near Old Town Fort Collins as well as lounging in Lee Martinez Park. 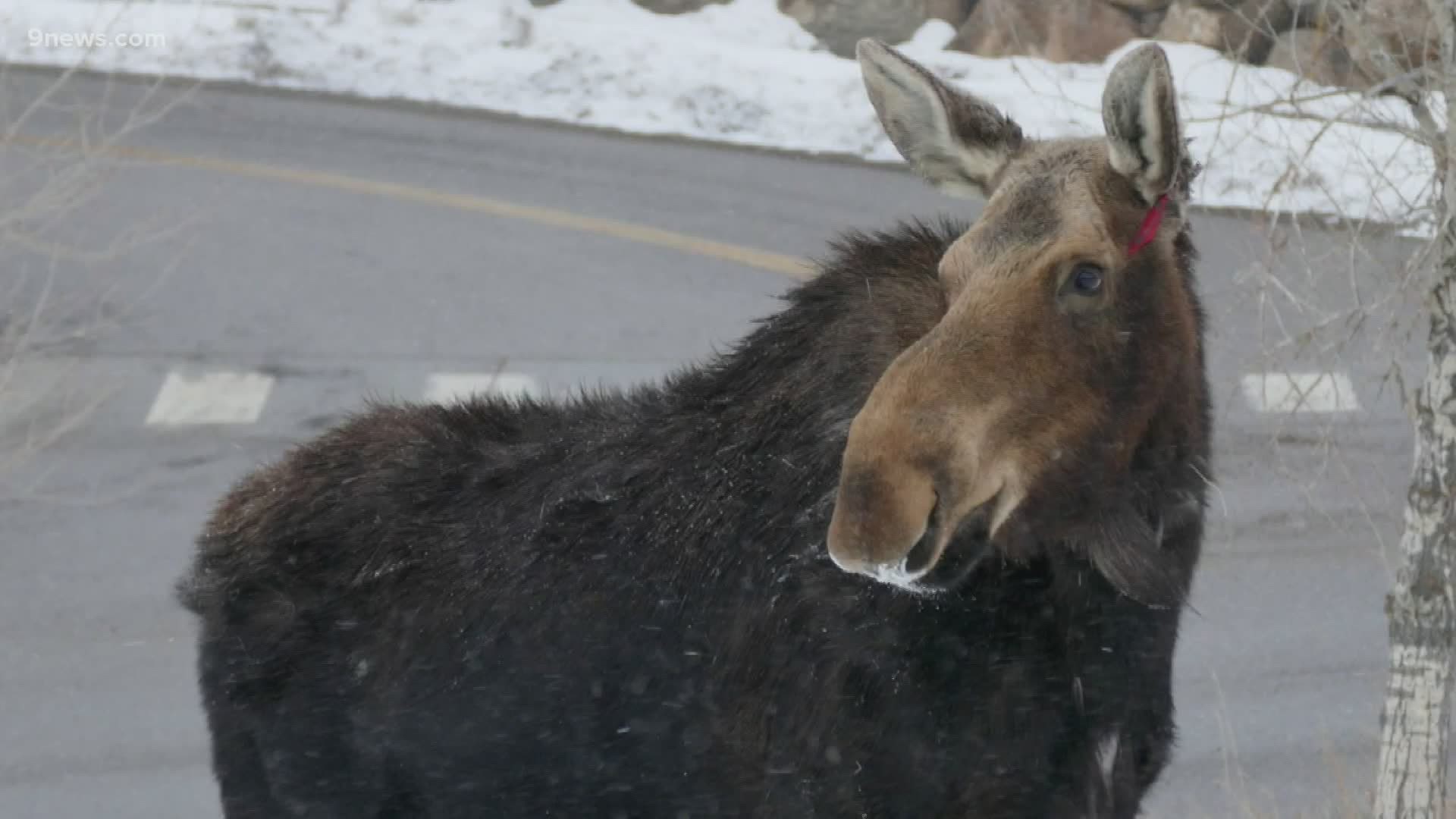 FORT COLLINS, Colo. — A moose that was first spotted in a residential area of Fort Collins and was later seen near Old Town has been relocated.

The first sighting of the young cow moose was near North Taft Hill Road and West Vine Drive about a mile away from Colorado State University’s Foothills Campus. Jason Clay, a spokesperson for Colorado Parks and Wildlife (CPW) said this was late last week.

>>> Watch the video above to learn more about moose!

She texted photos of the moose to 9NEWS.

The roughly one-year-old animal has since been tranquilized and moved to the Laramie River Valley on Wednesday.

Credit: Courtesy CPW
The moose being unloaded from a trailer after being relocated.

9NEWS partner the Fort Collins Coloradoan reports moose sightings in the Choice City are pretty rare. The last sighting we could find via Google was in 2017, and there was another in 2014.

As always, people who see wildlife are encouraged not to approach it, and to instead contact CPW.