The baby lion cub made his public debut today. Here's some fun facts to help you get to know the newest addition! 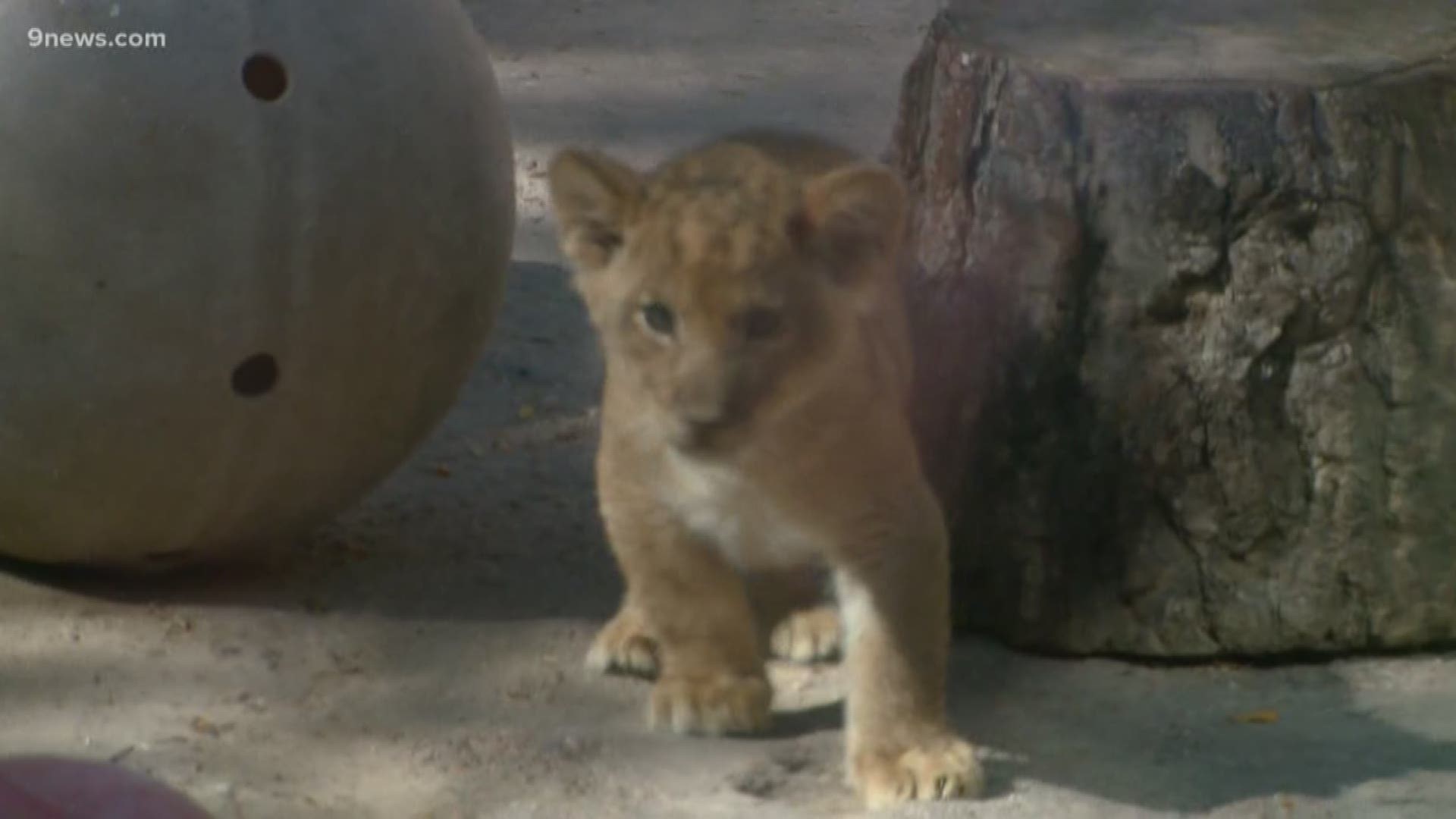 Lions may be native to warm climates, but they actually enjoy playing in the snow.

That's according to Matthew Lenyo, a zoo keeper at the Denver Zoo.

Lenyo sat down with 9NEWS to chat about the zoo's baby African lion, born July 25 to mom, Neliah, and dad, Tobias.

The cub, which has not yet been named, made its public debut Wednesday.

9NEWS: The Denver Zoo's baby lion cub was born July 25 of this year. It's about 8 weeks old as of today. What has it been up to the last 8 weeks?

Lenyo: Typically mother lions will move away from the pride when they give birth...and they give birth in a den or somewhere safe. Once the cub is about 3-4 weeks and it starts walking, then she'll start bringing [it] back out, [and] the pride will do re-introductions from there.

There's a couple of reasons he hasn't gone outside yet. We want to give him time to bond with his mom behind the scenes. We also give them their first set of vaccinations at 6 weeks.

He [also] needs to be walking and mobile. So that was part of the wait as well, just letting him get to the point where he was feeling comfortable and able to navigate his space fairly easily.

We got into the 80s this afternoon. Was today's weather ideal for the cub?

Lenyo: Today's weather was great. It's a little bit warm. I think they like it when it's cool. That's typically going to be when they are the most active and moving around. But this weather, it's not too hot... so it's definitely a great time for him to be out playing with everybody.

What can people visiting expect to see?

Lenyo: Just like you would expect with a human baby, he gets really excited, has a burst of energy and activity, and then he'll take a nap. And then he'll be back up later this morning or this afternoon, kind of, for round two.

He'll be out in the maternity yard from 10:30 a.m. until 1:30 p.m. everyday. As he gets stronger and more adventurous, we'll start extending that time.

Do the lions like to stay inside when it gets cold?

Lenyo: They actually really enjoy playing in the snow. When we moved our four lion brothers here, that was one of the first things he saw was snow, and they had a blast running around and playing in it.

What about the cub?

Lenyo: Now that he's going outside, he will go into that rotation of going outside with his parents anytime they are out. He's pretty much good to go now. With young animals, we typically will watch those parameters, those weather parameters, a little bit more closely. Sometimes they don't tolerate them as much as their parents do. So we might make some changes based on his behavior and his age. But otherwise he'll just be with his pride doing exactly what they do.

Will this little cub be with the Denver Zoo forever?

Lenyo: He will probably not stay with the Denver Zoo for too long. Male lions at about 18 months to 24 months, when they are starting to reach their full maturity, will get kicked out of their pride.

The Denver Zoo will work with another institution where they will take him and pair him up with another female. Female offspring stay with the pride... males do not.