Backyard pond in Genesee offers bear relief from the heat

Penny Venn and her husband had a warning from a neighbor that a bear was headed to their Genesee house – they caught up with him taking a dip in their pond. 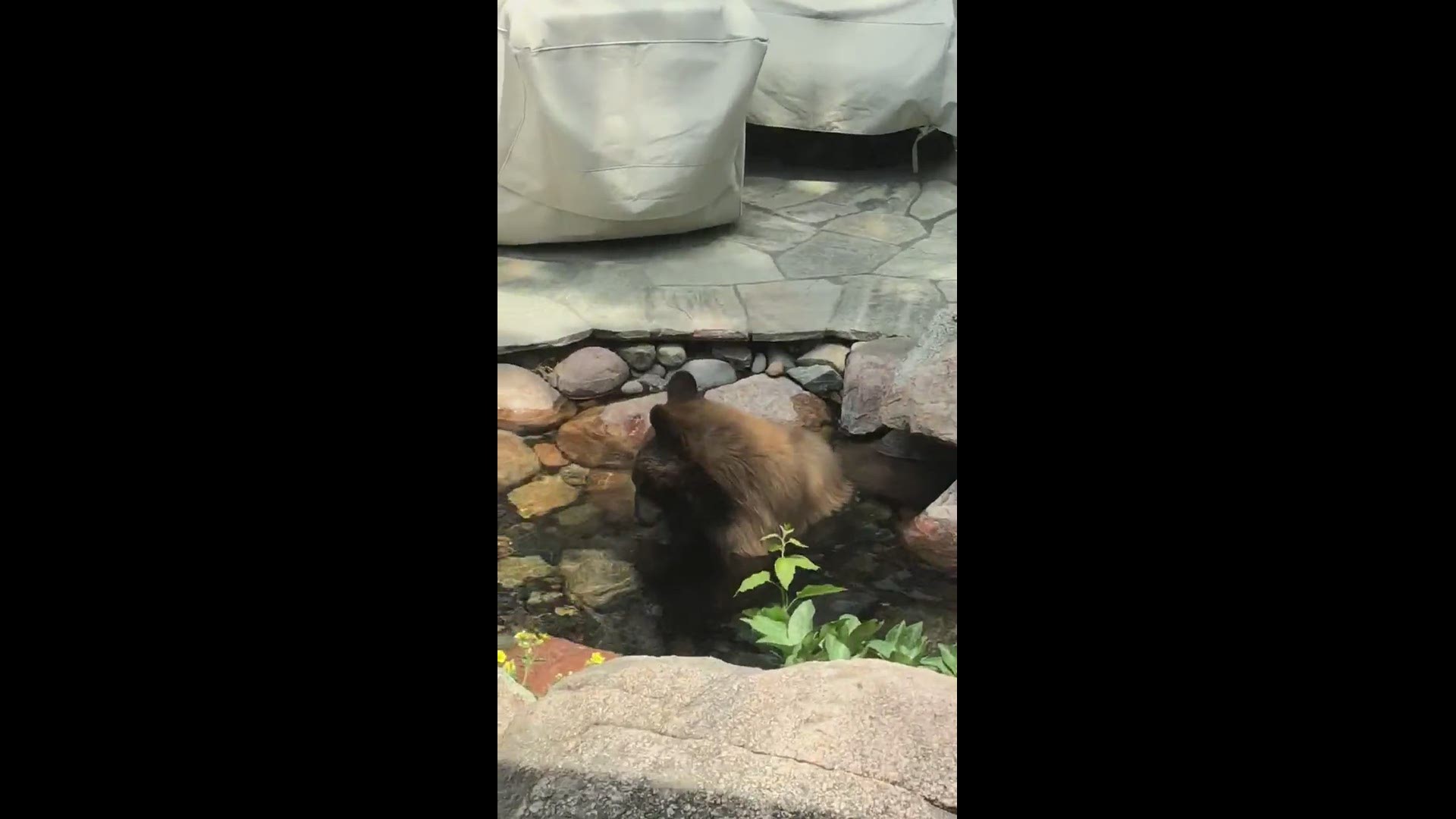 GENESEE, Colo. — When Penny Venn and her husband were warned by a nearby neighbor that a bear was headed to their Genesee home – she knew she had to warn the painters who were outside her house working.

"I went out to warn them and they had already encountered the bear as it was trying to go into a vehicle that had a door open," said Venn. "When it saw the workers it ran around the back of our house."

Penny said she went back inside her house to take a look out back to see if she could find the bear – and that's when she spotted him.

She watched the bear stop at their playground area out back for a bit, foraged around in the mulch and then across the back yard and jumped a wall of their gated spa area.

"By the time I got to the other side of the house to look into the spa area, the bear was already in the pond enjoying the cool down!" said Penny.

She figured that's where she would find him, given the heat.

They recorded the bear cooling off in the pond for a bit, and they eventually turned on the water feature to encourage the bear to leave.

"I thought this was really fun to watch and because I was safe inside, I wasn’t worried," said Penny. "I am however worried that the bear might become a regular visitor."

Credit: Penny Venn
Bear takes a dip in a backyard pond in a Genesee home's backyard.

Penny said they live amongst a lot of wildlife in their community, but we’ve never had anything of this magnitude happen.

"So, I thought it would be fun to share," she said.