One gorilla slammed another into the viewing window cracking one layer of glass. 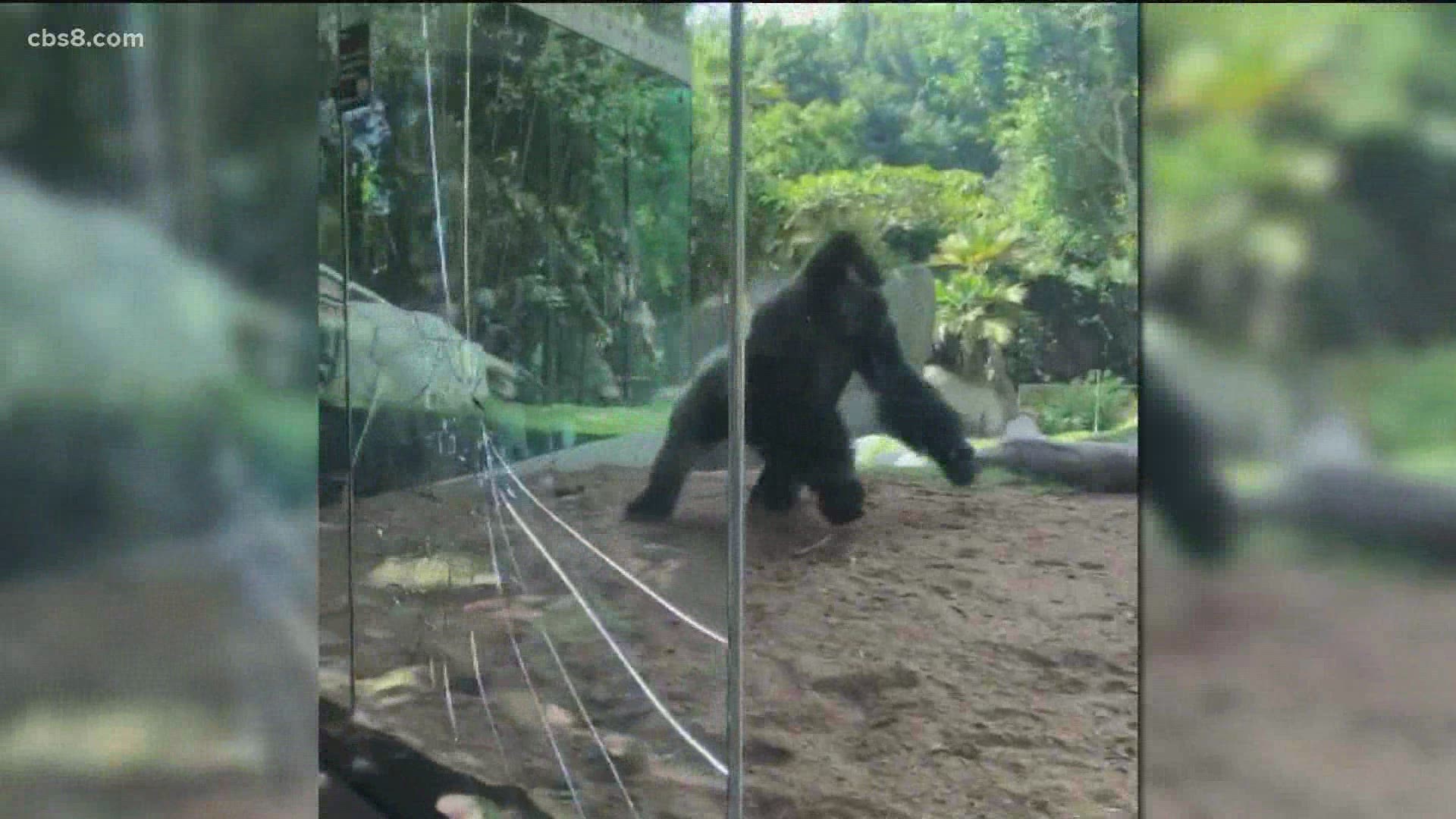 SAN DIEGO — The gorilla exhibit at the San Diego Zoo was temporarily closed after an aggressive gorilla interaction on Saturday in which one gorilla hit the glass viewing window damaging it. A zoo visitor shared his experience with News 8.

Robert De La Pena and his family were excited to be back at the San Diego Zoo after its temporary closure amid the pandemic. While visiting the lush rain forest setting to see the gorillas, something unexpected happened.

“As we were watching them, all the gorillas were running around the enclosure. They were getting riled up," said De La Pena.

One of the gorillas was walking in front of the enclosure and slammed another gorilla into the glass, said De La Pena. He said it was scary, but thrilling and exciting.

“I jokingly turn to my mom [and said,] 'like the one in Nebraska did,'” De La Pena said.

In 2015, a gorilla charged toward an exhibit window and cracking the glass at a zoo in Omaha, Nebraska.

San Diego Zoo Global provided News 8 with the following statement on the incident and guest safety:

"On Saturday afternoon, our visitors witnessed the gorillas in an exciting moment of interaction, one that is natural behavior in their habitat. They hit the glass viewing window, but it is 6 layers of glass and just an internal layer was cracked. The area was roped off from guests and the gorillas were off habitat while damage was assessed."

“To get everybody out took a while. The gorillas were being taken away. People couldn’t believe it. It was a big commotion,” said De La Pena.

San Diego Zoo Global said as of Monday it was unknown when the gorilla exhibit would reopen.