Wolf in Jackson County believed to be male is actually female 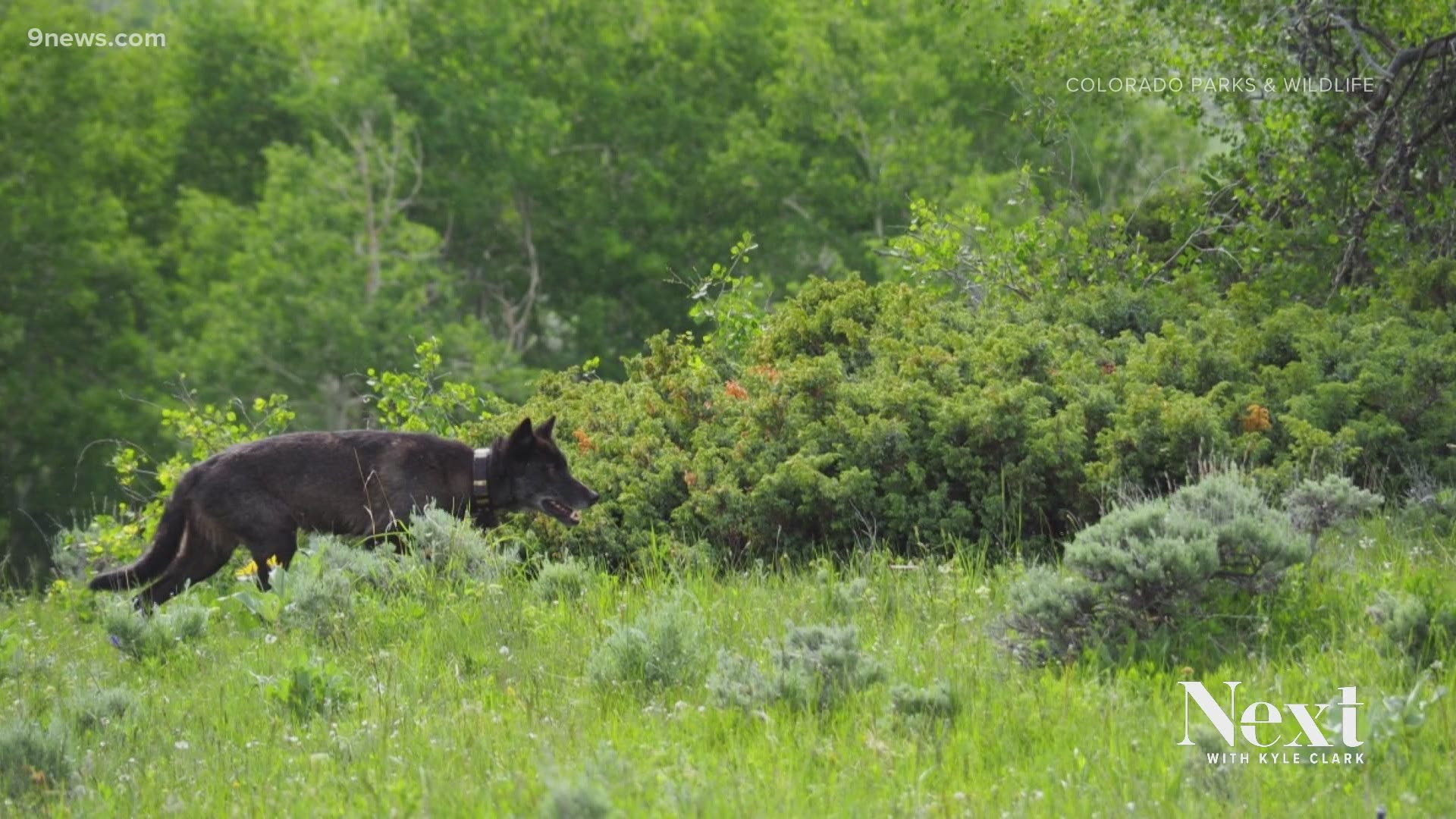 >Video above: CPW held its first public hearing on reintroducing wolves to Colorado.

The Jackson County wolf, now known as F1084, dispersed from Wyoming's Snake River pack. In February, CPW captured and collared another wolf that was travelling with F1084 in Jackson County. That wolf, a male, is known as M2101. The GPS collar has allowed CPW staff to track the wolves' movements and behavior patterns.

“As we continued to monitor the movement patterns of M2101 and F1084, CPW biologists noted a change that was consistent with potential denning behavior,” said Brian Dreher, CPW Terrestrial Section Manager. “While we had conclusive proof that M2101 was a male, the change in behavior was enough to drive a deeper discussion about F1084 with our partners at Wyoming Game and Fish and Grand Teton National Park.”

CPW discussed the wolves' behavior with Wyoming officials, who pulled genetic information on the collared wolf. Their analysis determined that F1084 had been mislabeled.

“Confirmation that we have a male and female pair of gray wolves and observing what may be denning behavior in the state is an interesting development as we begin our planning and implementation process for reintroducing gray wolves to the state,” said CPW Director Dan Prenzlow. “We have not yet determined if reproduction has occurred. As we begin the discovery process with our Technical Working Group, we can now also observe how a naturally migrating pair is adapting here in Colorado and use that information to help inform plans moving forward."

CPW said they will continue monitoring collar data, trail cameras and sighting reports watching for additional changes in the wolves' behavior or denning behaviors that may indicate that there may be more wolves in the area.

The female wolf was first spotted in Jackson County in 2019.

CPW said they're waiting to see if pups come out of the den. If the wolves have mated, these would be the first known pups born in Colorado since the 1940s.

In 2020, Colorado voters narrowly approved Proposition 114, which directed CPW to reintroduce gray wolves to the state by the end of 2023. The 'yes' vote was carried by people who predominantly lived in the urban areas of Colorado. People in more rural areas overwhelmingly voted against the proposition. Ranchers said the wolves would negatively affect their livelihoods by preying on their livestock.