The cub has been seen in the area of the Highlands Ranch Town Center. 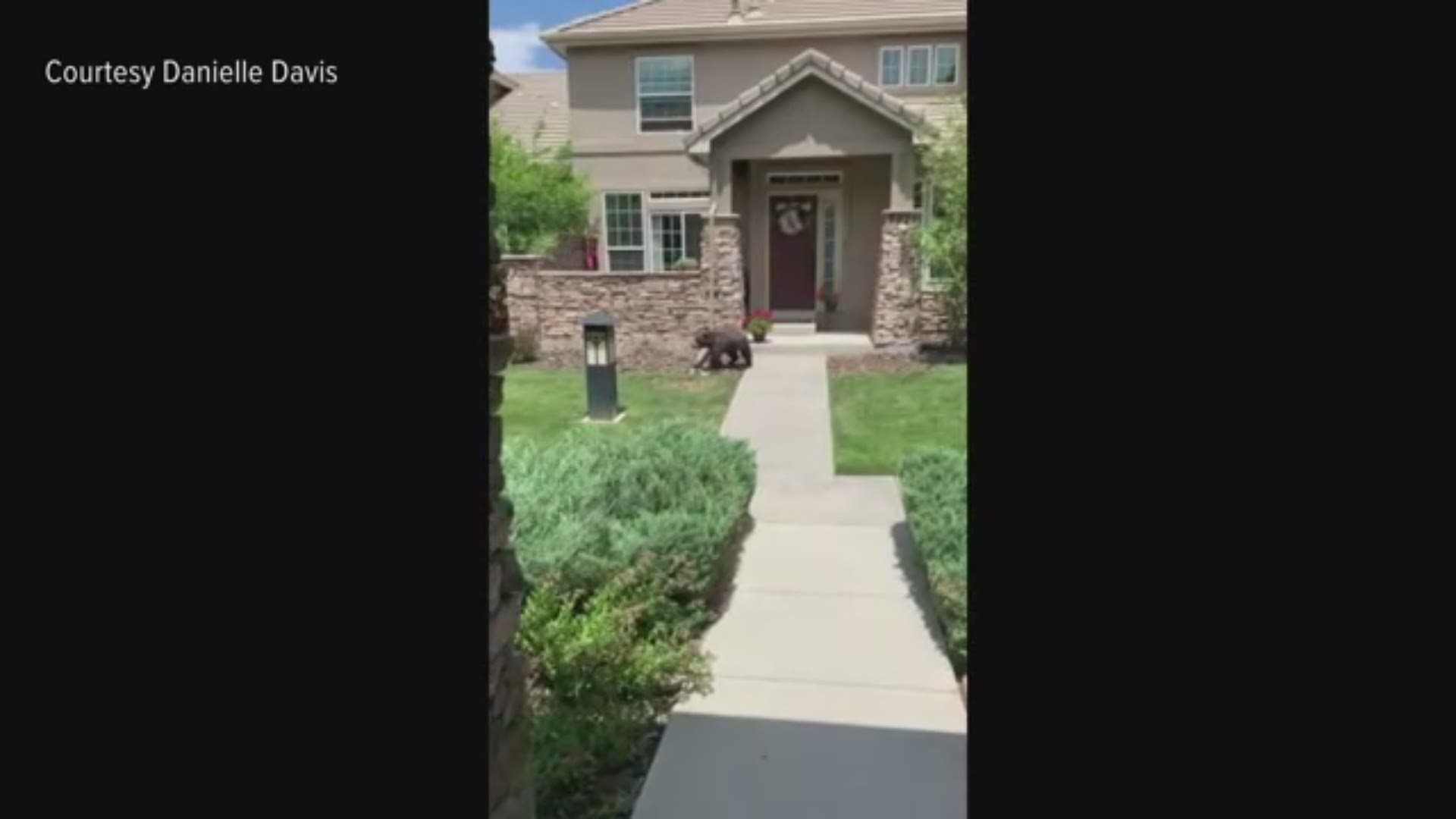 HIGHLANDS RANCH, Colo. — A bear cub has been spotted wandering around and climbing at least one fence in Highlands Ranch.

The cub has been seen in the area of the Highlands Ranch Town Center near C-470 and Lucent Boulevard, according to the Douglas County Sheriff's Office (DCSO).

Wildlife officers are keeping an eye on the bear, DCSO said.

They are asking people to leave the cub alone and not to chase after it.