Kitten found frozen to tire adopted by man who rescued her

The kitten was rescued by a Good Samaritan on bitter, 19-degree day in Commerce City. 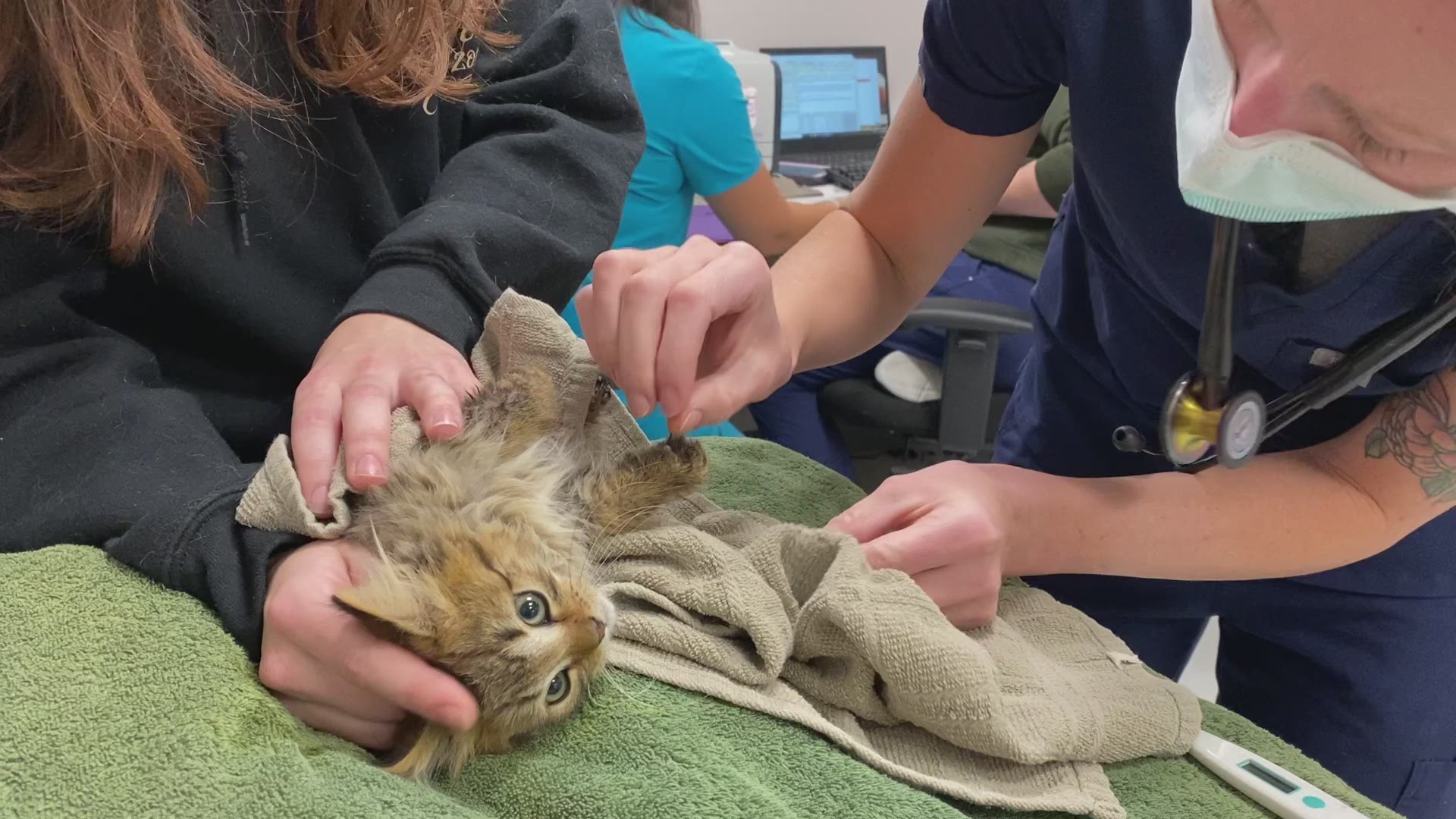 DENVER — A kitten found frozen to a truck tire in below-freezing temperatures last month has been adopted by the man who helped save her life.

The kitten's rescue began with a meow heard from beneath a parked semi-trailer at a tire shop in Commerce City on Monday, Oct. 26, according to the Good Samaritan who brought the kitten to the Denver Dumb Friends League (DDFL).

The tire shop customer discovered the kitten hanging off the side of one of the tires, her paws and tail frozen to the metal surface, trapping her in place.

Then only 5-weeks-old, the kitten was wrapped in a moving blanket and brought to the DDFL where she received a veterinary exam, food and warm shelter. She was later given the name Xerxes.

"Before her adoption, Xerxes spent time in a foster home where her frostbitten paws recovered, and her initially frightened exterior began to crumble," DDFL said. "Healed and healthy, Xerxes is settling in with her new family."

DDFL said that without intervention from the Good Samaritan, it is unlikely the Xerxes would have survived the night.