The cub, who has not been named yet, was born July 25. 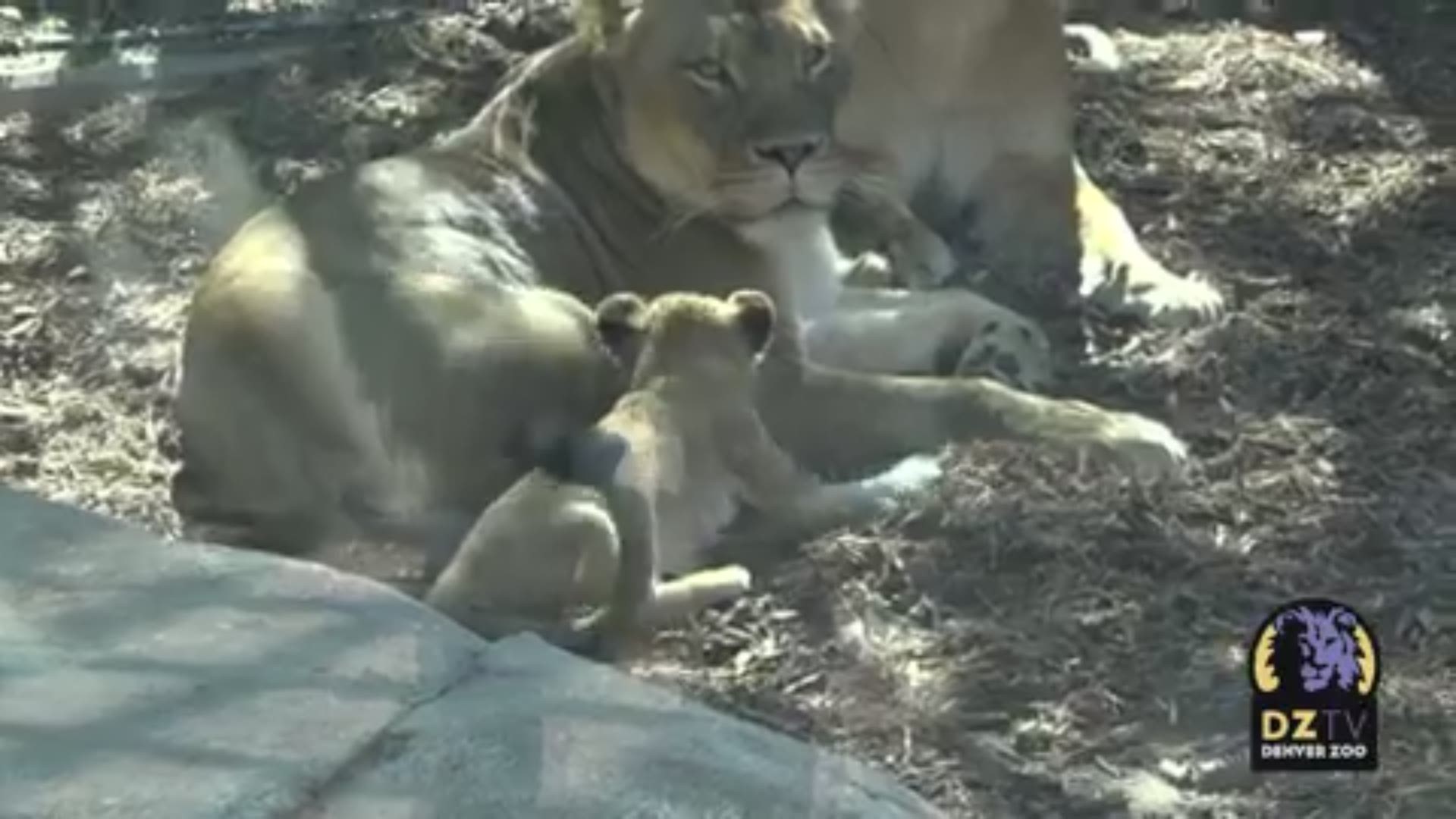 DENVER — The Denver Zoo's baby African lion is ready for you to visit him!

He was born on July 25 to mom, Neliah, and dad, Tobias, and the zoo said he's spent the last couple months bonding with his parents and others in the pride.

He made his public debut Wednesday.

Every day from 10:30 a.m. to 1:30 p.m. zoo guests can watch him explore his new outdoor habitat in Pahali Ya Mwana, the eastern-most exhibit in Benson Predator Ridge.

The cub has not been named yet.

Anyone can vote on his name by donating at least $1 to conservation efforts either online or when buying zoo tickets.

RELATED: A special guest helped the Denver Zoo announce the name of their new baby sloth

Half of Africa’s lions have disappeared in the past 25 years and the species faces growing threats from poaching, loss of prey and habitat destruction. The cub’s birth is a huge success for the Lion Species Survival Plan (SSP), which ensures healthy, genetically diverse populations of lions within Association of Zoos and Aquariums (AZA) institutions, and is managed by Denver Zoo Vice President for Animal Care Hollie Colahan.

The SSP recommended Tobias move to Denver Zoo in 2018 as a potential mate for Neliah and her daughter, Kamara.