The calf was trapped in the foundation of a house that burned in last year’s East Troublesome Fire. 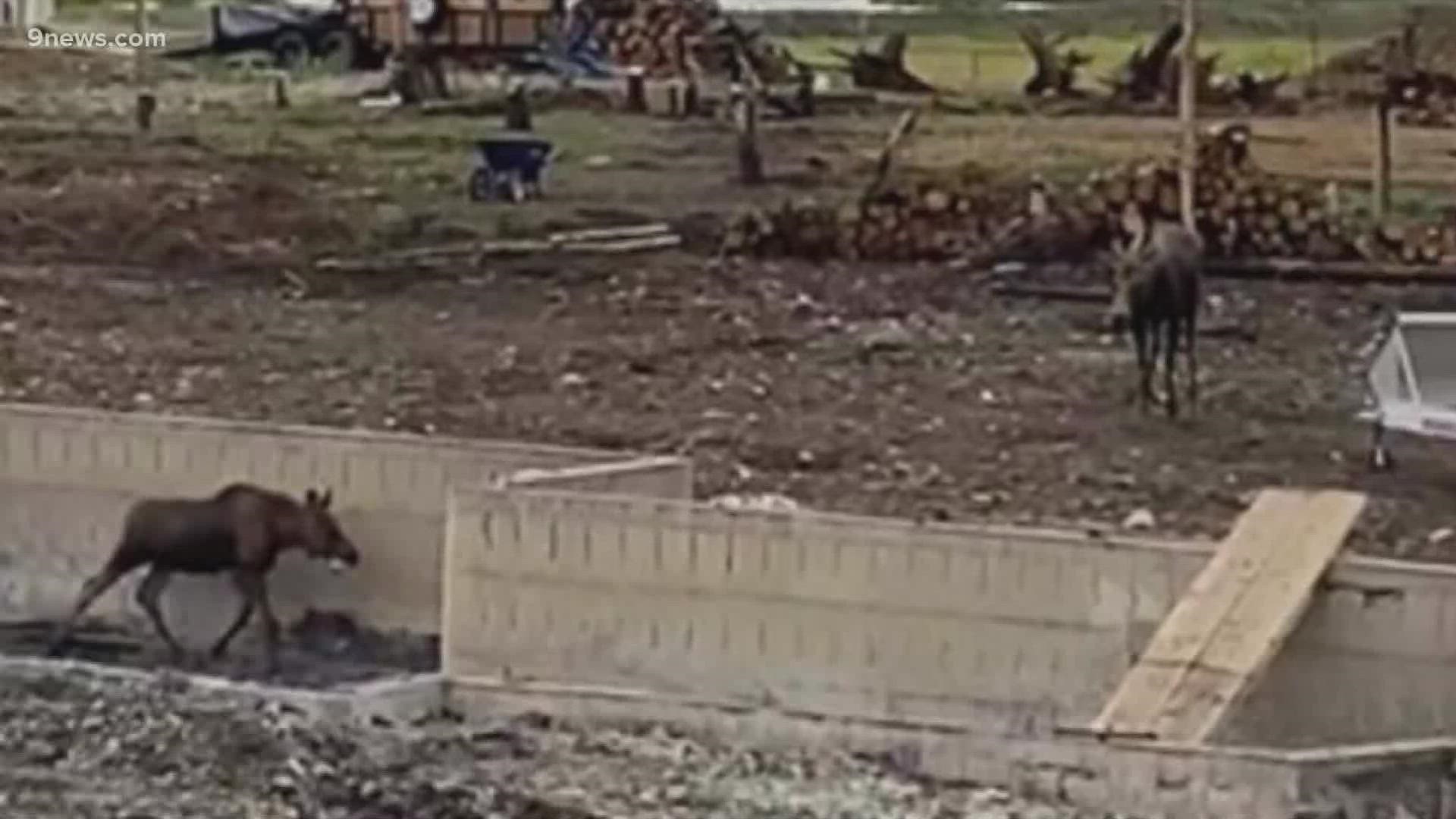 GRAND LAKE, Colo. — A moose calf trapped in the basement foundation of a house that burned in last year’s East Troublesome Fire has been rescued and reunited with its mother.

Colorado Parks and Wildlife (CPW) said it responded to a call Thursday in Grand Lake of a moose calf that had fallen into a 4-foot-deep foundation.

Concerned neighbors had tried to rescue the calf themselves by creating a ramp with boards that might have allowed the calf to climb out, but it was unable to get enough traction to make the steep climb, according to CPW.

CPW Officer Serena Rocksund responded to the calls for help and found the calf with its agitated cow nearby.

"The calf’s mother would come up to the foundation, walk over to the calf and touch muzzles and walk away about 40 yards," Rocksund said. "The residents saw the calf and mother were stressed and needed help so they called CPW."

Credit: Colorado Parks and Wildlife
A moose calf separated from her mother after getting trapped in the foundation of a burned house in Grand Lake, Colo.

After both the cow moose and calf were tranquilized, they were placed inside a wildlife transport trailer to be relocated to more suitable habitat. CPW said the moose calf and cow were released near Craig later that afternoon.

"It’s a good reminder that folks need to fence off foundations and cover their window wells because animals can get trapped and die," said CPW Area Wildlife Manager Jeromy Huntington.

"We’ve had some increased reports of human-moose conflicts near Grand Lake since the East Troublesome Fire burn and we didn’t want to take the risk that this moose might get trapped again if we released it near the burn area."

CPW has been working to grow the moose population in suitable habitat near Meeker and Craig.

"So this relocation actually was a win-win for these moose and the CPW project," Huntington said.

RELATED: Moose encounter goes from peaceful to terrifying in a second