Colorado Parks and Wildlife was telling people to stay away from animals with newborn calves after attacks in Evergreen and Steamboat Springs. 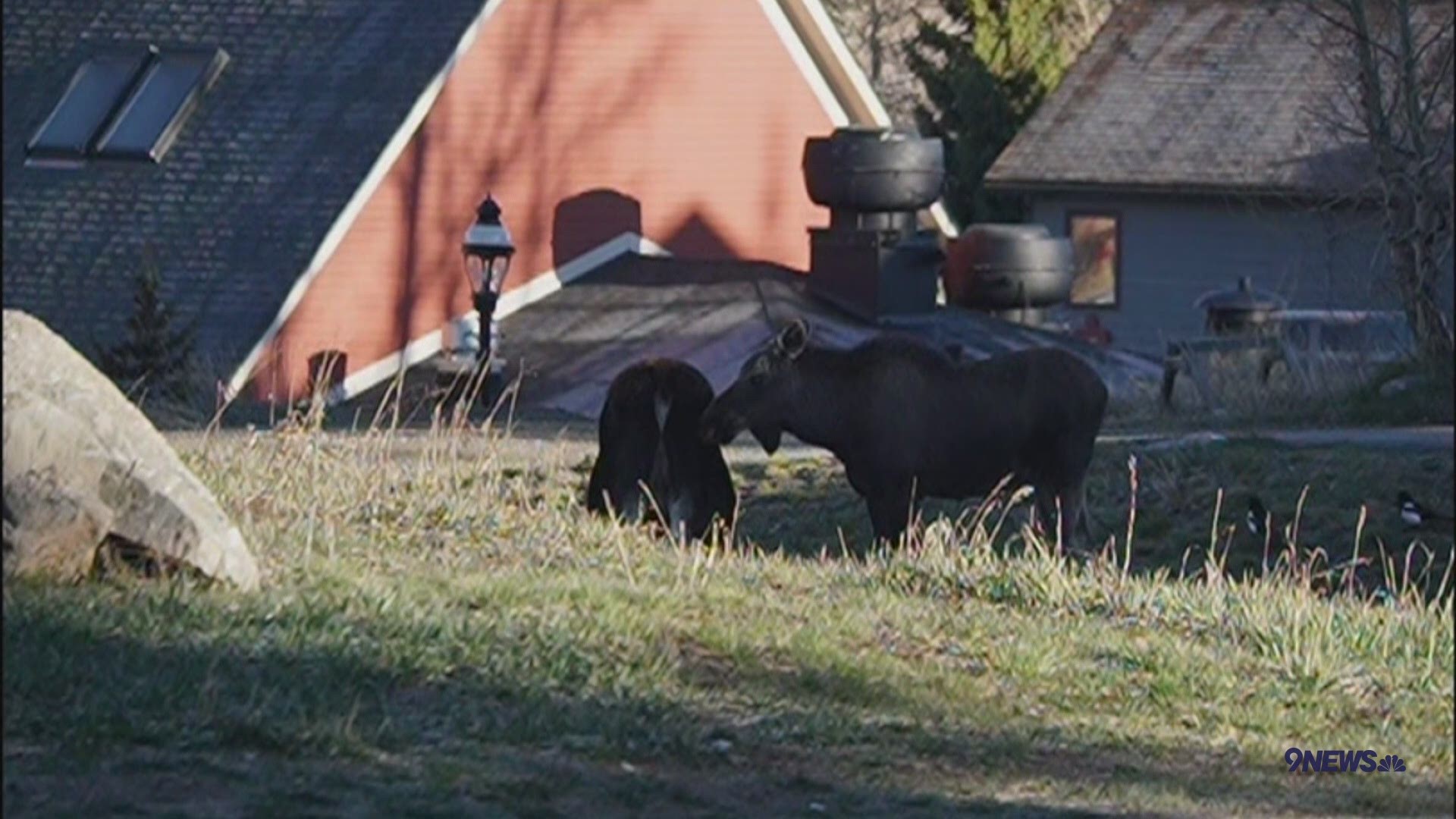 DENVER — After two recent elk and moose attacks, Colorado wildlife officials issued a warning on Friday for people to avoid the animals and their newborn calves.

Moose, elk and deer can become aggressive when defending their young this time of year, according to Colorado Parks and Wildlife (CPW). Officials said the two attacks in the past week, in Evergreen and Steamboat Springs, were not believed to be sparked by irresponsible behavior.

“Cows will be exhibiting normal protective behavior of their young,” said Tim Woodward, a wildlife officer. “Give wildlife extra space this time of year. Be sure to keep dogs on leashes. Dogs can trigger aggressive behavior and both moose and elk will chase a dog right back to their owner, presenting a dangerous situation.”

> Video above: Moose hang out in Breckenridge

The attack in Steamboat Springs happened May 29. A cow moose with two calves knocked a man onto his back and stomped on him in the area of Snowflake Circle and Meadow Lane, CPW said.

The victim told authorities that his small dog, which was outside and unleashed, started barking and he realized a moose was in the area. He stepped forward to grab the dog and that was when the moose charged him, according to wildlife officials.

The man was examined for minor injuries on site, CPW said.

The second attack happened on Thursday in the Hiwan Hills area of Evergreen. CPW received reports of a cow elk that was charging at people. A 90-year-old man injured his hip, though there was no contact between the elk and the man, according to CPW.

CPW has received more reports of aggressive behavior by moose in Steamboat Springs and elk in Evergreen and Estes Park in the past week, the agency said.

CPW offers tips on how to avoid run-ins with aggressive deer, elk and moose this time of year:

The wildlife agency also has a video with tips: How to be safe and responsible around moose.

Elk calves are born in late May and early June in areas where cover, forage and water are nearby. A single calf is typical, and twins are rare, CPW said. Calves weigh between 28 and 35 pounds at birth.

Moose calves are born at the end of May or in early June and often lie in the willows while their mother grazes. Calves weigh between 26 and 28 pounds at birth and typically gain about 2 pounds of weight per day, reaching weights of 385 to 400 pounds by October.

RELATED: Woman who raised deer in her home is cited after it gores neighbor, CPW says