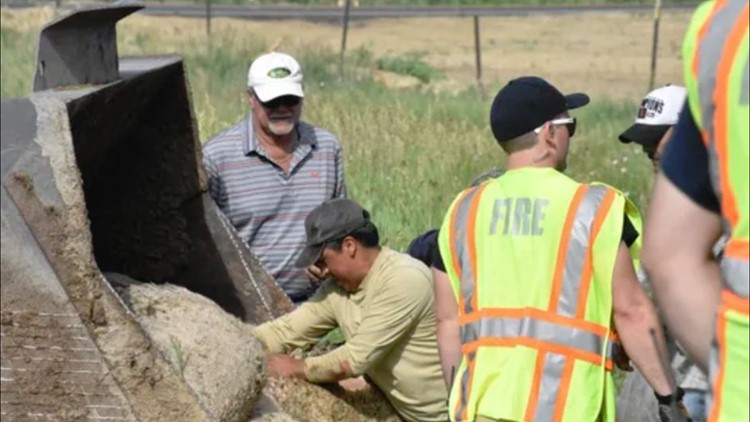 Photo by: Miles Blumhardt/Fort Collins Coloradoan
Workers remove dead sheep killed when the semi-tractor trailer in which they were being hauled was struck by another semi near Ault on Monday morning.

The Coloradoan reports that the driver of a Waste Management semitrailer pulled out from a county road in front a semi carrying about 300 sheep on Colorado Highway 14 just west of Ault on Monday. The truck hauling the sheep landed on its side. Police say the driver was taken to the hospital with minor injuries.

The driver of the Waste Management semi wasn't injured and was cited for careless driving.

The crash closed the intersection for about four hours. Workers removed the dead animals as the sheep who survived grazed in a field nearby.