Colorado Parks and Wildlife initially closed down the park after a mountain biker encountered a mountain lion on a trail Friday evening. 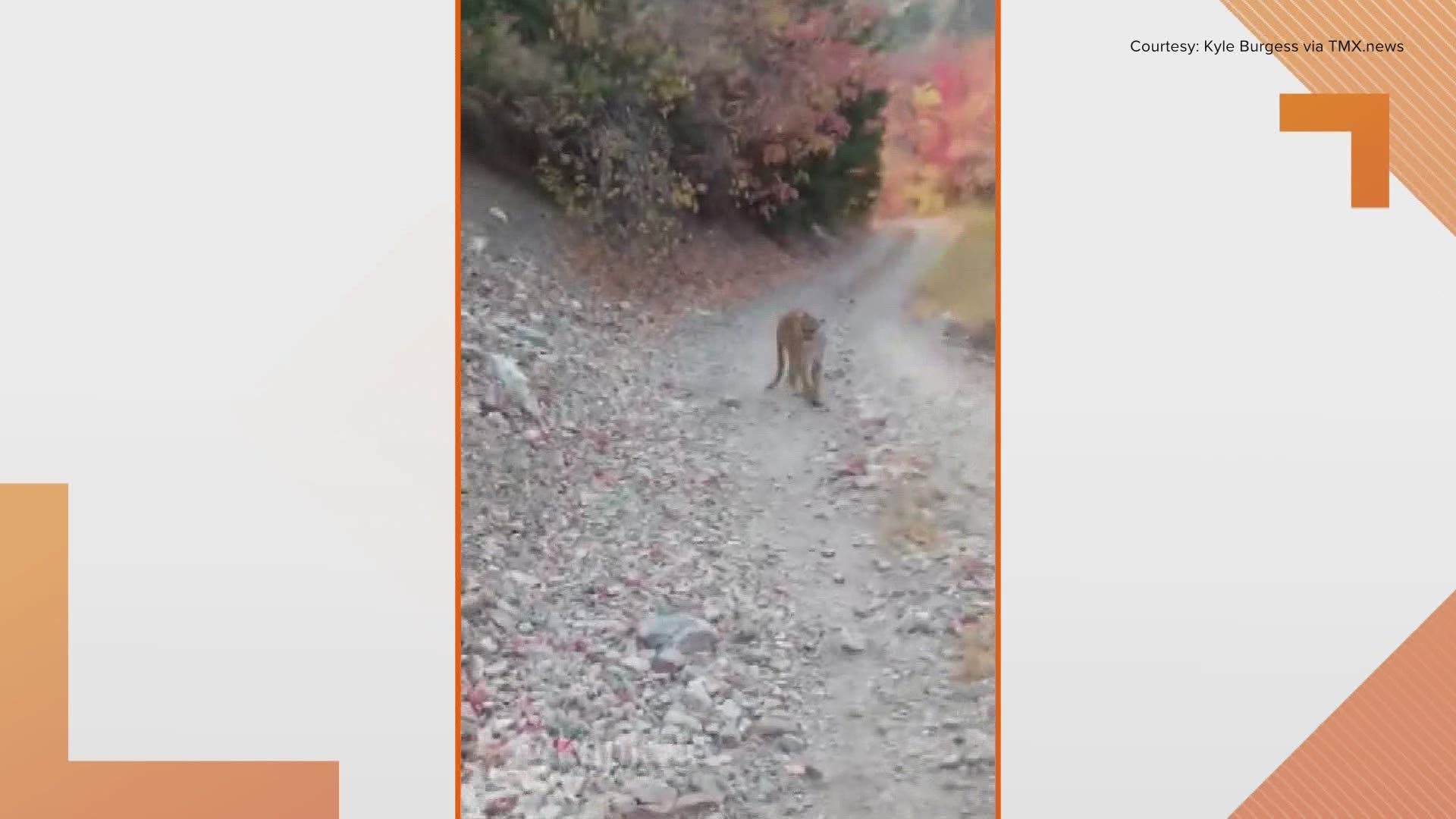 LITTLETON, Colo. — Deer Creek Canyon Park in southern Jefferson County reopened Tuesday after it was closed for an investigation into what Colorado Parks and Wildlife (CPW) said was aggressive mountain lion behavior.

Kathleen McCarthy said she was mountain biking about 5 p.m. Friday on Red Mesa Trail when a mountain lion came out of the brush.

"He was a big-size," McCarthy said. "His head was probably up to my seat post."

"He was literally right beside me, and that's when I threw my bike in between him and myself," she said.

At some point, McCarthy said she fell, cutting open her knee and scratching her arms. She called a friend for help, but lost service. Eventually, she managed to connect with 911.

McCarthy said she stayed on the phone with a 911 dispatcher for 28 minutes as she backed away from the big cat on the trail.

"I slowly would walk," she recalled. "He would stop, and then he would creep up as soon as I got further away."

McCarthy said she grabbed sticks, branches and rocks and threw them at the mountain lion, but he kept moving forward.

The mountain biker said the animal acted differently than the mountain lion recently captured on video by a hiker in Utah. In the six-minute video widely shared on social media, the mountain lion pounces forward and hisses at the hiker several times. 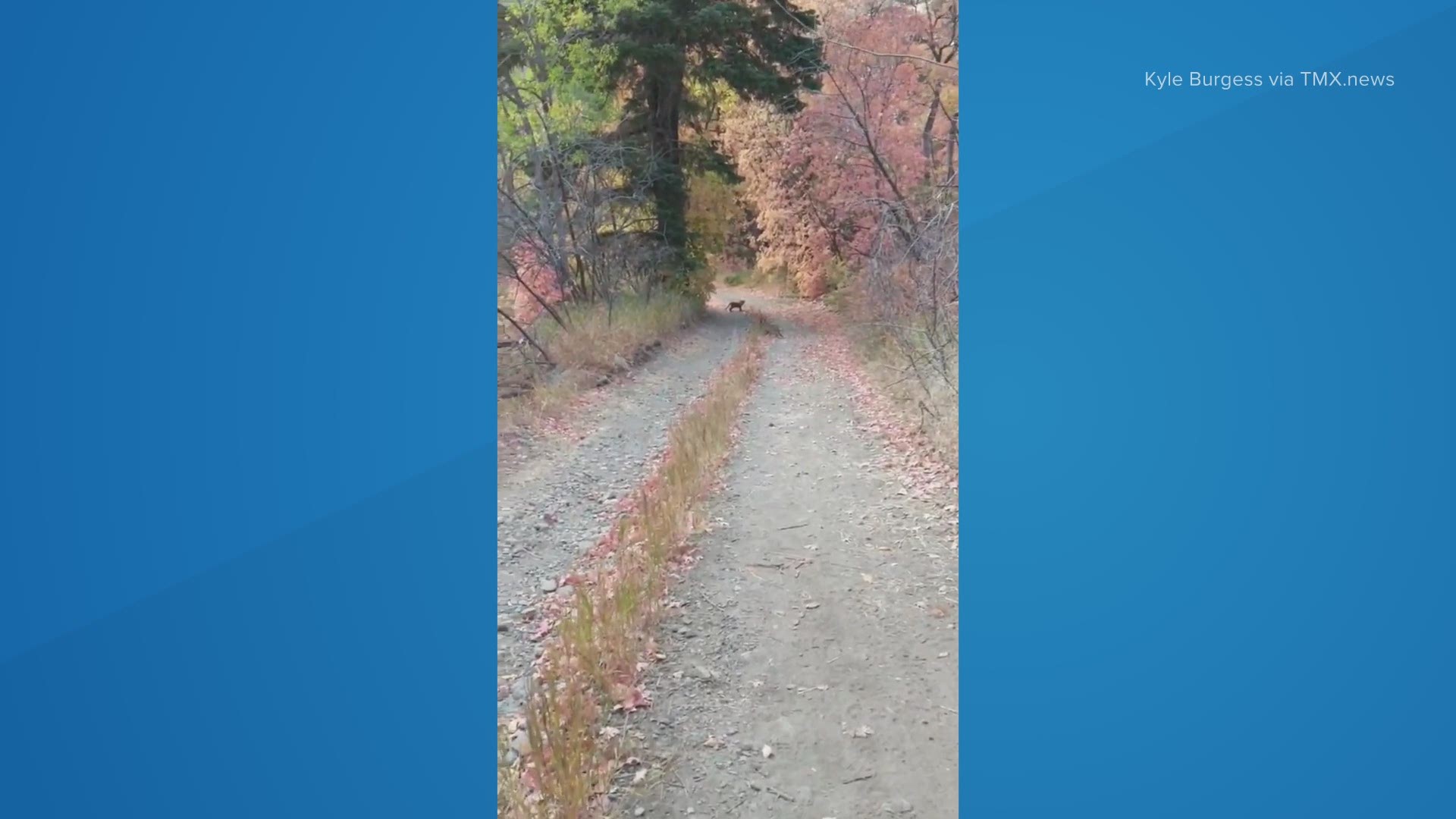 "My encounter is nothing like the Utah encounter," McCarthy said. "There was no aggression. There was no like snarling. At one point, I think he was purring is the best way I could describe it."

Eventually, the mountain lion retreated into the woods and left McCarthy alone. Her report to Jefferson County Open Space prompted the closure of the park on Saturday.

CPW had wildlife officers in the area for four days searching for the animal.

Clay said wildlife officers set traps and used calls to lure the mountain lion, but they didn't spot the animal or any fresh set of tracks.

"Just because we didn't see it doesn't mean that mountain lion still isn't in the area or won't return," he said. "Mountain lions can travel large distances very quickly."

On Sept. 29, a Jeffco Open Space ranger reported on Twitter that there had been mountain lion sightings at Deer Creek Canyon Park.

“Mountain lions are very elusive and do a good job of detecting us before we would ever come across them," Clay said.

According to Jeffco Open Space, here's what to do in a mountain lion encounter: Be aware of your surroundings, make noise, look as big as you can and don't run or turn your back on the animal.

RELATED: 3 mountain lions killed after preying on llamas in Carbondale

RELATED: WATCH: Bear wanders through hallway of YMCA of the Rockies in Estes Park