After entering into a new romance last spring, the bald eagles at Standley Lake are expecting a little downy bundle of joy. 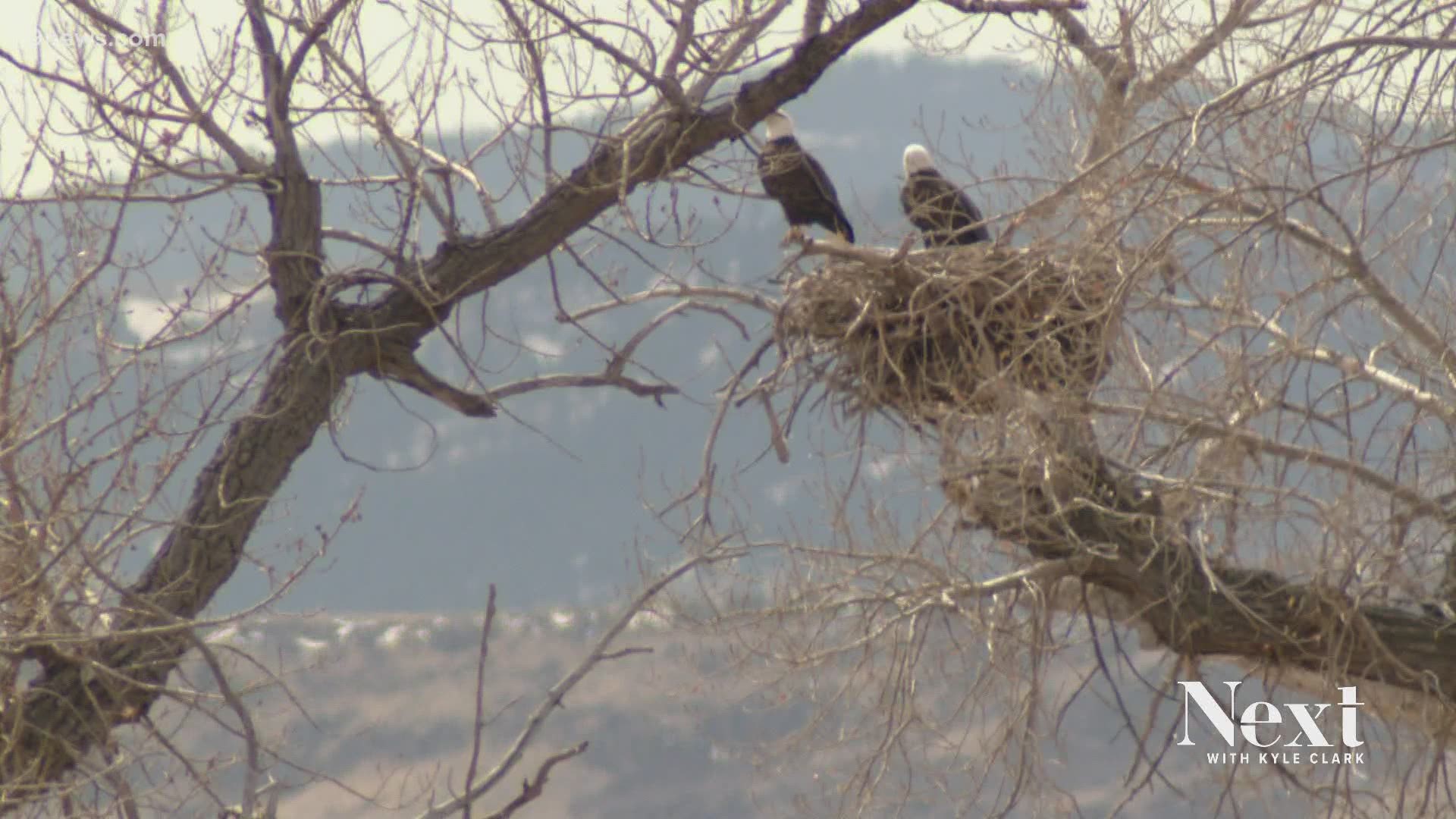 WESTMINSTER, Colo. — The bald eagles of Standley Lake have gone through plenty of controversy over the past year but now seem ready to put all of that behind them and start a new family.

Enthusiasts of the Standley Lake live eagle cam witnessed the exciting moment when, at just before 5:30 p.m. Saturday, the female known as F420 laid her first egg.

Bald eagles usually lay their eggs in the last weeks of February, and if all goes well, the hatching will happen toward the end of March.

This is the first egg for the Standley Lake couple whose romance started last spring with an attempted murder and a scorned ex. The Standley Lake Regional Park Facebook page has chronicled all the juicy details.

Last April, the father eagle was shacking up with a different lady when F420 attacked the nest, kicked out the other female and moved in.

One of the naturalists at Standley Lake Regional Park said that kind of behavior isn't uncommon: F420 needed a territory and a new mate, and she did what any determined eagle would do to get it.

There were two viable eggs in the nest around that time. One hatched, but the eaglet passed away. After the attack, the original female wasn't seen in the park again, though park naturalists had no indication that she was dead.

Not long after, the father eagle got into a hot-and-heavy romance with the new female.

RELATED: Father eagle attempts to mate with female who drove away his former partner

RELATED: We had all the questions about the Standley Lake eagle drama, and the answers don't disappoint

In the months since, the father eagle and F420 have settled into domestic bliss, though they've had a few challenges along the way. They built a new nest together, but a branch snapped onto their new abode on Christmas Eve and they were forced to return to the old nest.

A juvenile eagle joined the pair at the old nest for the holidays, and the love birds also had a visit from a "mischievous raccoon."

Can't get enough on the "As the Nest Turns" drama of the Standley Lake eagles as they incubate their egg? Check out the City of Westminster's live cam here and follow the latest drama on the Standley Lake Regional Park Facebook page.