The newest addition to the zoo's Grévy's zebra herd was born to mother Fara and father Bakari. 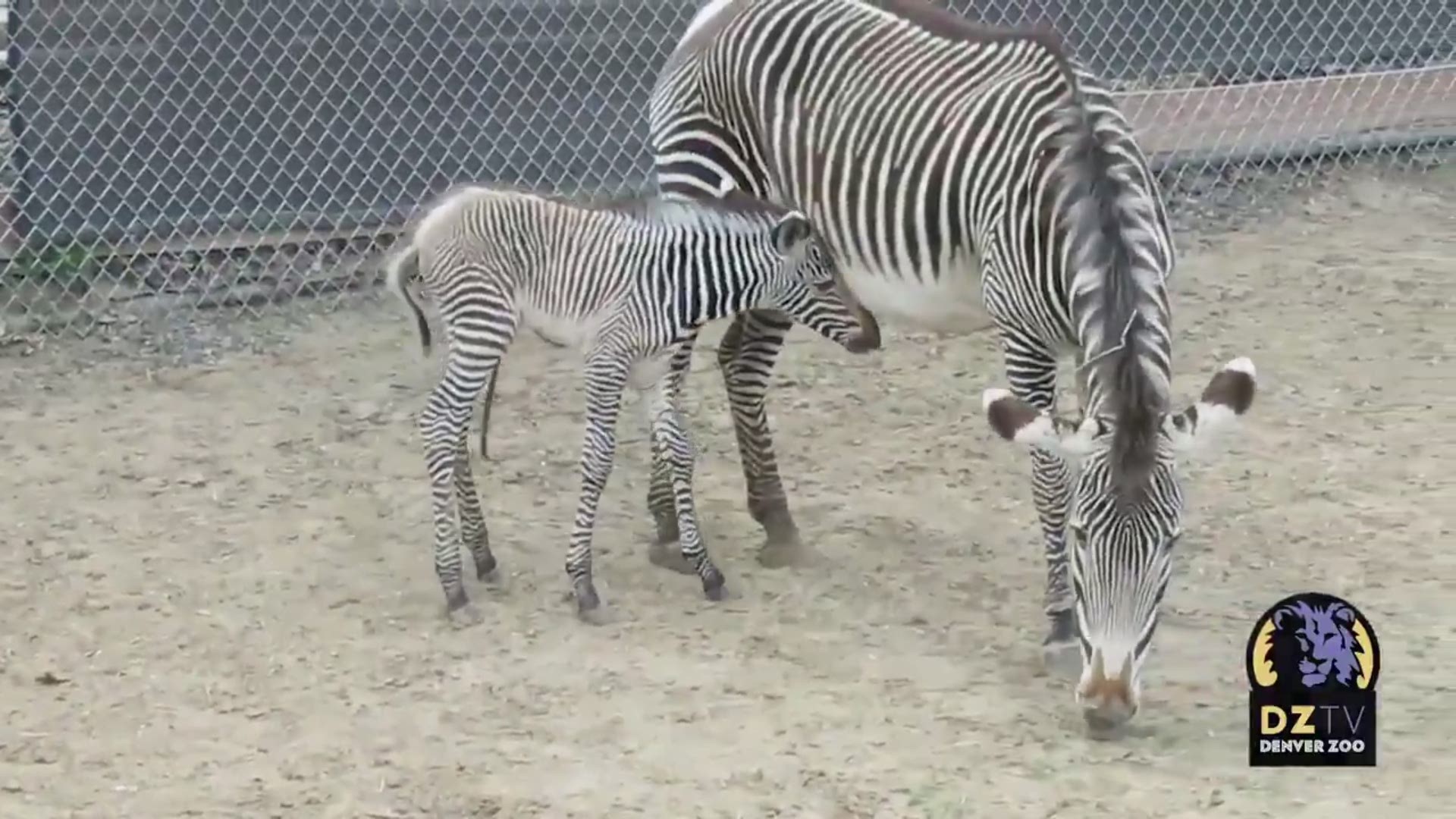 DENVER — The Denver Zoo has a new baby: a zebra colt born early in the morning of May 8, the zoo announced Saturday.

The zoo said Bakari and Fara, which are endangered Grévy's zebras, are the proud parents of the still unnamed colt.

According to the zoo, Grévy's zebras give birth to a single foal weighing 80 to 125 pounds after a 13-month gestation period.

Most males and females reach sexual maturity when they're about 3 to 4 years old, but males are usually not dominant enough to mate until they're around 6 years old, the zoo said.

Newborns have dark brown stripes and fuzzy coats, and by the time they are a year old they are less fuzzy and their stripes turn black.

The last time the Denver Zoo had a zebra birth was in October 2015, when Bosley was born to mother Farasi and father Punda.

There are three species of zebra: plains or common zebra, mountain zebra and Grevy's zebra.

The average lifespan for the Grévy's zebra is 18 to 20 years in the wild, but in captivity they can live for up to 30 years, according to the zoo.

Fewer than 2,500 Grévy's zebras may remain in the wild, according to the Smithsonian's National Zoo& Conservation Biology Center.

They are found in dry desert regions and open grasslands throughout Kenya and small isolated populations are also found in Ethiopia, according to the Denver Zoo. Grévy's zebras are regionally extinct in Djibouti, Eritrea and Somalia.