The Denver Zoo revealed that the newborn cubs are brother and sister! But they don't have names, yet. 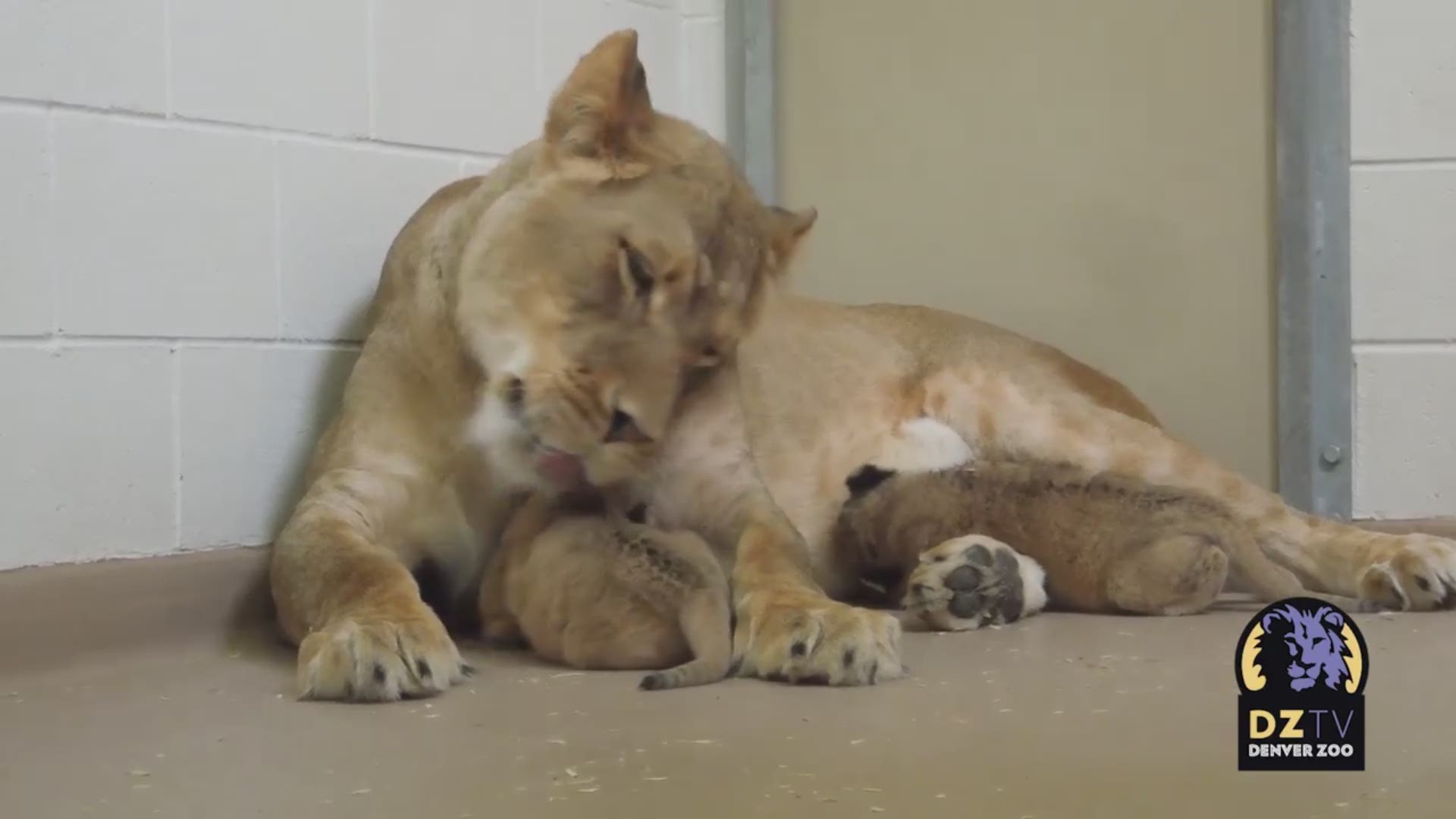 DENVER — Kamara, a lioness at the Denver Zoo, is celebrating her first Mother's Day since giving birth to two cubs.

The zoo revealed that the two cubs are brother and sister and said they haven't been named yet but will be announcing more about their naming plans soon.

The pair of cubs were born at the zoo on April 23 to mom, Kamara, 4, and dad, Tobias, 4. Animal care staff said both mom and her cubs are healthy and bonding behind the scenes in Benson Predator Ridge.

Kamara and her cubs will be kept behind-the-scenes for the next few months to allow them to bond, the zoo said.

The new family will primarily be kept in Kamara's den box, which mimics the space a lioness would normally seek out in the wild after giving birth, according to zoo experts.

The cubs join a pride at the Denver Zoo that also includes females Sabi and Neliah, and the cubs' half-brother Tatu, who was born to Neliah and Tobias in July 2019.

RELATED: These 2 chicks have been skating since they were just 2 days old