Colorado Parks and Wildlife said the 4-year-old male was spotted with another wolf in the north-central part of the state. 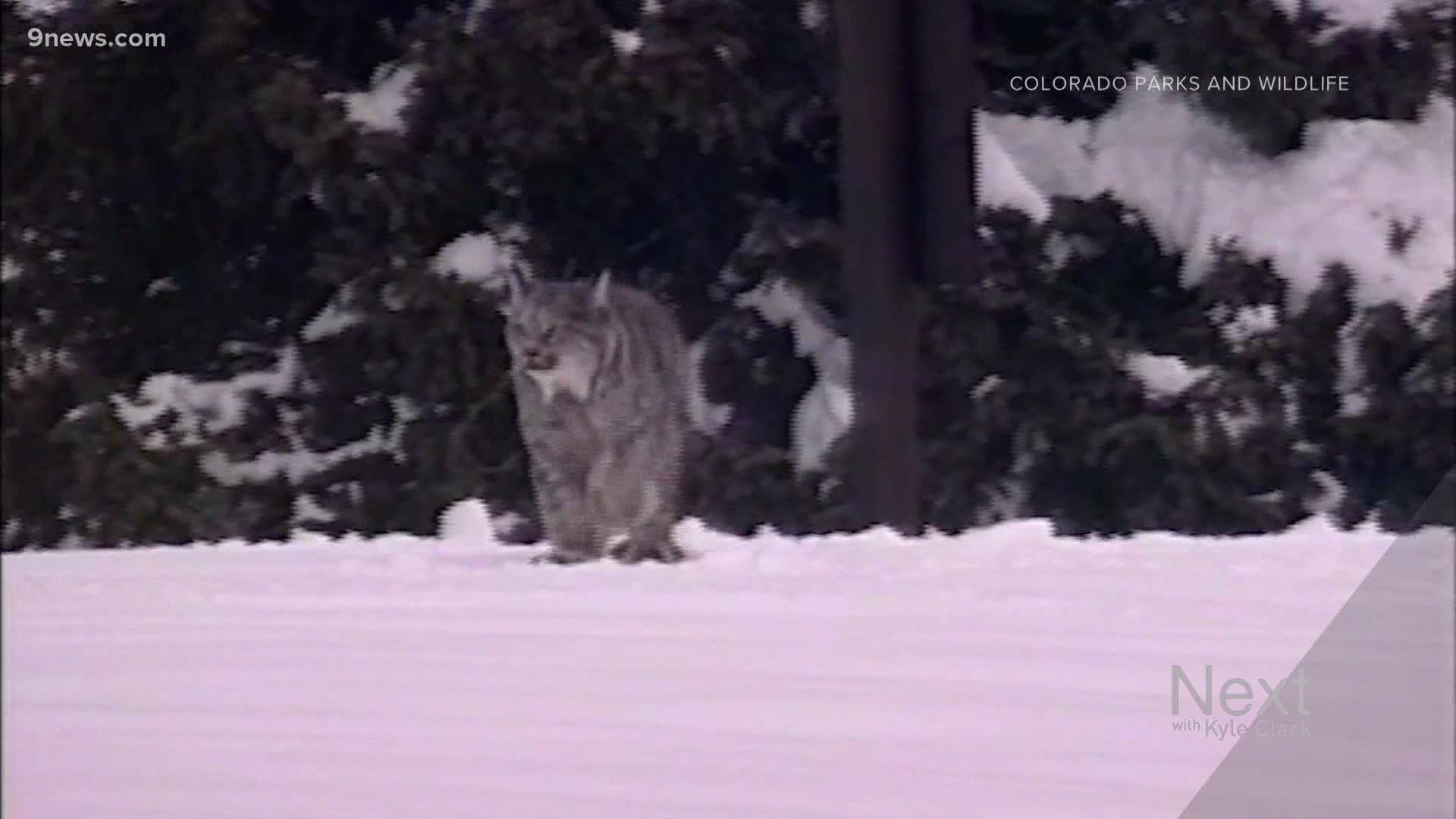 COLORADO, USA — Colorado Parks and Wildlife (CPW) said on Tuesday that a GPS tracking collar has been successfully placed on a gray wolf.

CPW said the presence of a 4-year-old male wolf weighing around 110 pounds in the north-central part of the state was first confirmed in late January.

The wolf was seen with M1084, another VHF-collared male wolf that entered the state in 2019 from the Snake River wolf pack in Wyoming, according to CPW.

> Video above from December: Can Colorado's successful lynx introduction serve as blueprint for wolf plan?

According to CPW, a contracted company netted the wolf from a helicopter and used a tranquillizer to place the collar. However, the wolf got loose and went north towards Wyoming.

The wolf was then subdued just inside the Wyoming state line and collard. CPW said staff remained with the wolf until it was alert and mobile.

The wolf appeared to be in good health after an exam was conducted during the collaring process.

CPW said biologists and wildlife managers will examine data from the GPS collar to learn about the travel patterns, range and behaviors of wolves coming to Colorado.

RELATED: Trump officials end gray wolf protections across most of US