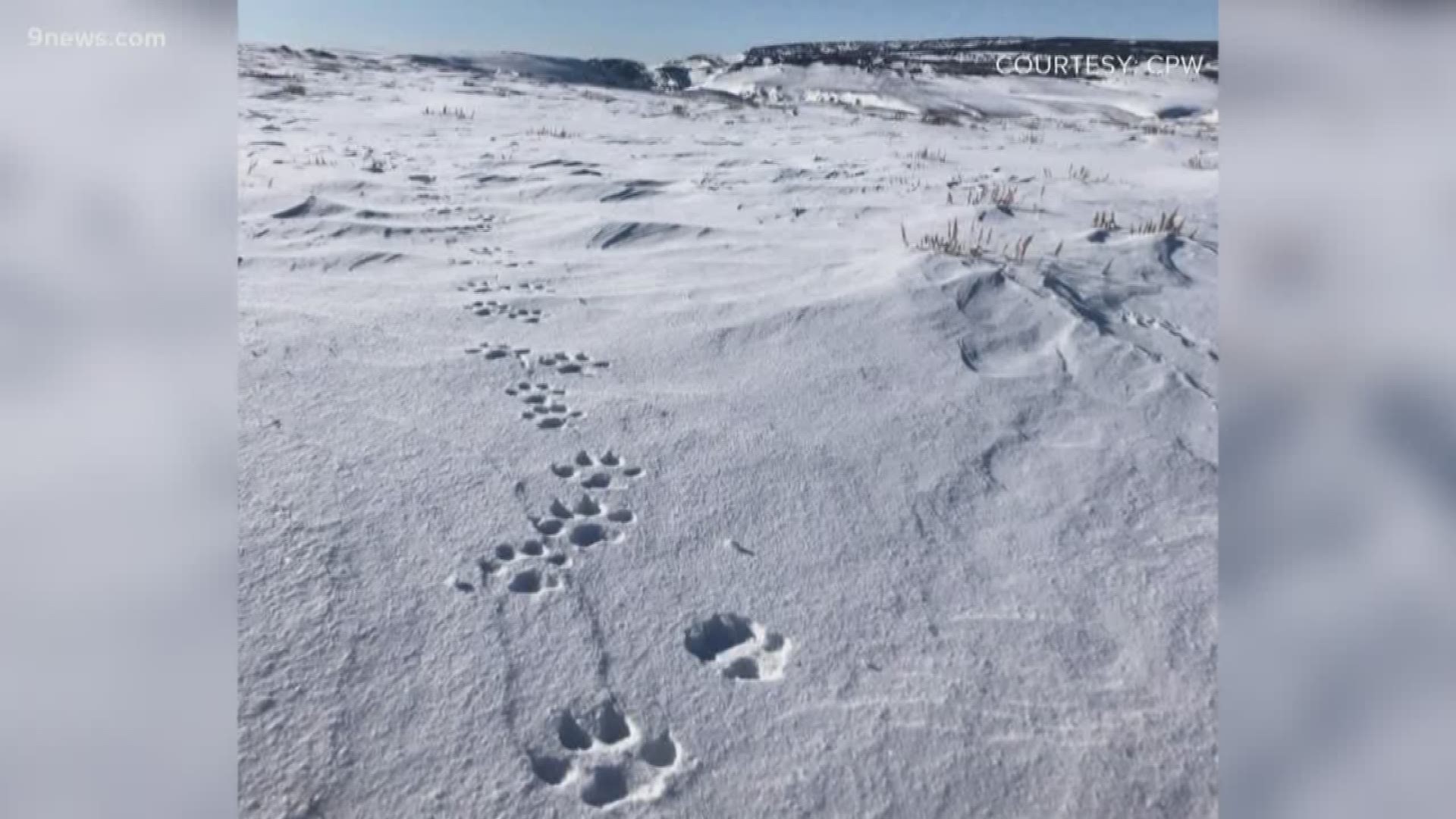 MOFFAT COUNTY, Colo. — A pack of wolves has been seen in Moffat County, likely the same pack spotted in the area in January, according to an update Tuesday from Colorado Parks and Wildlife (CPW).

Moffat County is in the northwest part of the state, about 251 driving miles from Denver.

CPW said a member of the public saw seven wolves, and then district wildlife managers last week were able to investigate and visually verify six wolves.

> The video above takes a look at what happened to wolves in Colorado before 2020.

The sighting comes less than one month after genetics testing confirmed that four scat samples collected in January came from wolves. That was the first official documentation of a pack in the state since the 1940s, CPW said.

CPW said if a person spots a wolf, they should report it online. CPW said the public should not go anywhere near the wolves.

Wolves are a federally endangered species, and killing one can lead to federal charges that include a $100,000 fine and a year in prison per offense.

A proposed initiative to bring gray wolves back to Colorado has officially qualified for inclusion on the November ballot.

If passed, the initiative would force CPW to come up with a plan to reintroduce wolves to the Western Slope by 2023.