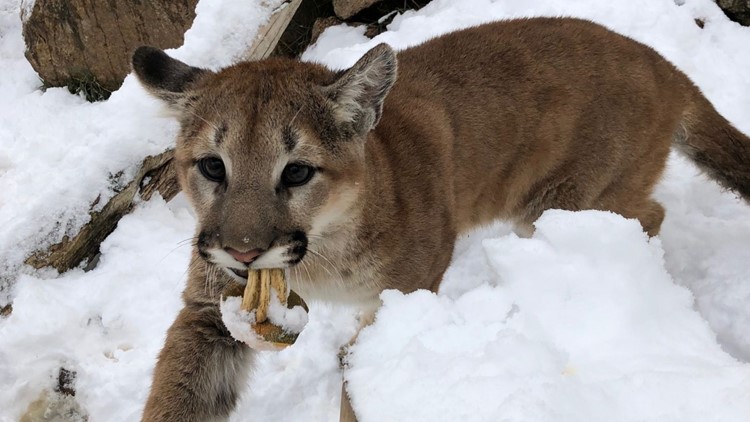 Sequoia died Sunday after post-surgical complications from being spayed, according to the zoo.

On Sunday morning, zoo staff discovered that Sequoia's surgical site had opened up overnight. She was rushed into the veterinary clinic and survived the emergency surgery but died a few hours later, the zoo said.

“Sequoia’s passing has shocked us,” said Bob Chastain, Cheyenne Mountain Zoo president and CEO. “Even after 25 years in the profession, this doesn’t get easier. It is a reminder that no medical procedure is simple or without risk. As humans in this day of advanced medicine where miracles are performed every day, this is a sobering reminder.”

The zoo is now investigating whether or not the cause of her death had to do with an allergy to her surgical sutures. Staff have since performed examinations on Sequoia's sister, Adira, who had the same surgery earlier this month.

During the examination, staff spotted something on X-ray that looked like wire or rope in Adira's stomach. Further investigation is required before zoo staff can determine whether or not it may harm Adira.

The animal care team made the decision to perform spay surgeries on Sequoia and Adira because unspayed big cats are more likely to experience health problems later in life, according to the zoo.

Both mountain lions were spayed on Jan. 9. The surgery requires incisions between the protective muscles on the animal's abdomen.

RELATED: 3 mountain lion cubs are on their way to a Colorado zoo