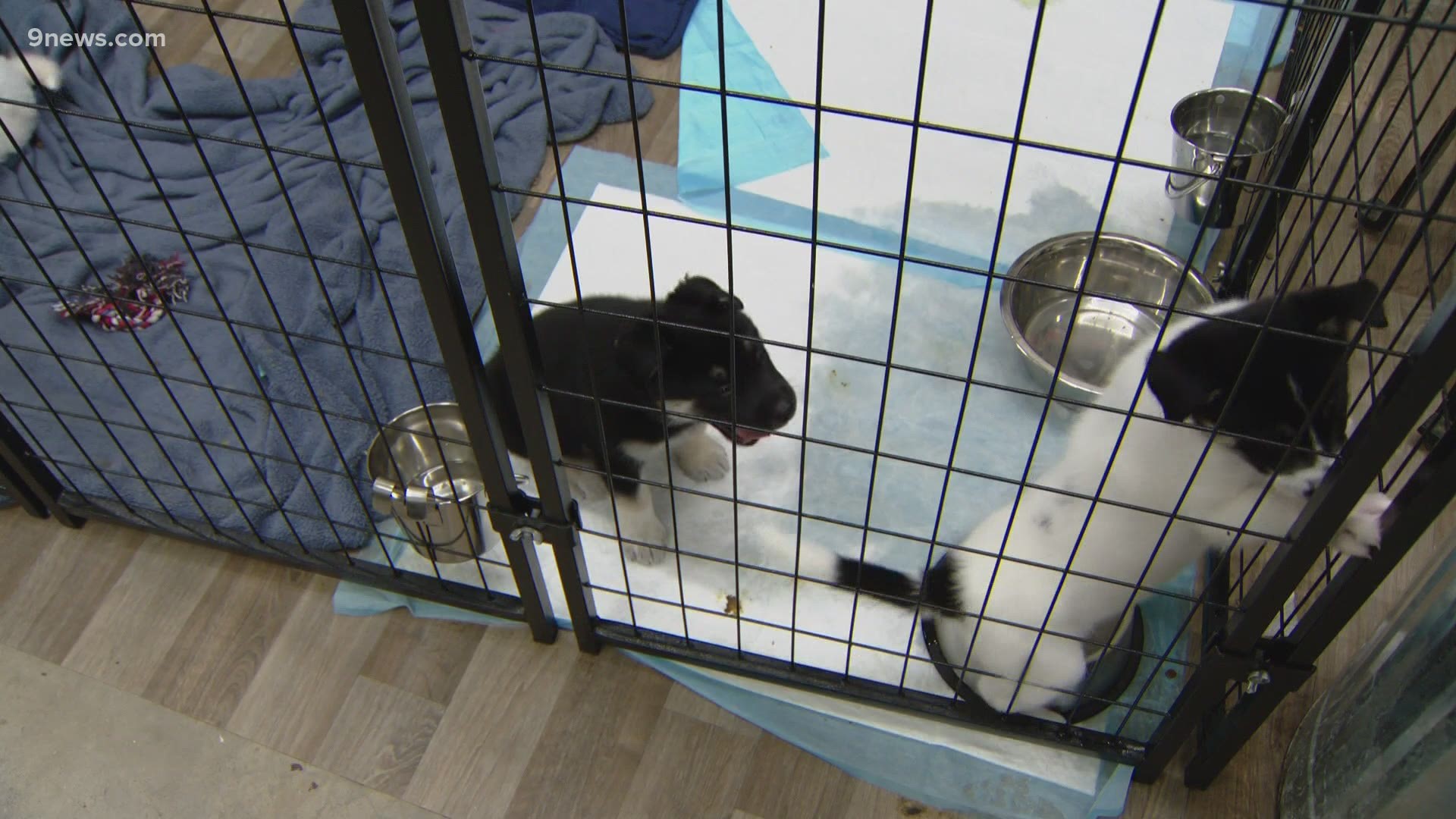 In the days after, countless members of the local mountain community have expressed their love for the pup and shared their memories of Zoot.

“There’s a lot of people out there — people I didn’t even know knew me coming up,” Benson said. After a difficult week and the loss of his canine partner, that support has helped him return to the mountain he shared with Zoot for more than a decade.

“I was kind of scared to come back to work just because I stood down at the bottom (and) it was hard to walk back into the locker room,” he said Wednesday at the ski patrol headquarters at the top of Aspen Mountain. “It kind of helps having all these people.”

> The video above aired Feb. 17 about a Colorado rescue group is trying to save more than 100 dogs abandoned in the cold.

A GoFundMe page that Benson established Sunday has raised $6,785 as of Thursday evening; a few thousand dollars of those funds will cover Zoot’s last vet bills, and the remainder will replenish a fund Benson set up last fall to support other Aspen and Snowmass avalanche rescue dogs. (That fund started with some of the money raised in another GoFundMe in October, when Zoot needed an unrelated emergency surgery.)

Aspen Skiing Co. covers some vet bills in a “workman’s comp”-type setup, Benson said; he hopes the fund will help support a number of expenses that fall on the owners of rescue dogs. Benson said he is working with an accountant with the National Airedale Rescue Group to set up a nonprofit for the fund that can continue well into the future.

In his 11 years, Zoot created a legacy at Aspen Mountain as a dog that served as an ambassador as much as a worker, Benson said.

“He’s like a fixture here in Aspen which is absolutely great. … It just adds to the character of Aspen Mountain for people and the experience,” Scott Brockmeier said Wednesday in a phone interview.

The photographer has spent years chronicling the lives of avalanche rescue dogs and recently published a book, “Skiers’ Best Friends: Avalanche Working Dogs of Colorado,” that includes photos of the Aspen pups.

“These beautiful creatures with big hearts — that’s the best part of my job,” he said.

Brockmeier has met hundreds of patrol dogs through his work, but none have been quite like Zoot, he said. The pup was stubborn and goofy, Brockmeier recalled. Zoot had to be coaxed off the couch for a photoshoot but was unstoppable on his mission to chase seemingly every bird that flew over the Sundeck.

“I never figured out why Zoot hated the birds, liked chasing them — but that made him very happy,” Benson said with a laugh.

And until Zoot’s son Zaugg joined the Aspen team, the pup was the only Airedale terrier Brockmeier had ever encountered. Zaugg, too, has picked up on Zoot’s goofiness and affinity for bird-chasing: “something about the apple doesn’t fall far from the tree,” Brockmeier said.

Brockmeier, too, is battling cancer; a few weeks before Zoot died, the two shared a connection on the floor of the patrol hut, where Brockmeier was photographing the pup.

“‘Dude, I really know — I’ve got cancer too,’” Brockmeier recalled telling Zoot amid some belly rubs. “Just tell Brad when you need to go.”

If playing with and photographing the dogs is the best part of Brockmeier’s job, saying goodbye may be one of the most difficult, he said.

“They give you all unconditional love for their entire life and their life is so short — that’s what really gets you, you know?”

For Zoot’s owner and partner Benson, his connection with Zoot was a “once in a lifetime” bond, he said.

“Zaugg’s a great dog, but he’s never going to be a Zoot. It’s just — for some reason we just totally clicked and communicated and we were together 24/7, year-round, for 11 years,” Benson said. “That’s tighter than anyone I’ve ever had before, I don’t really know why. He was just the one.”

Benson has called Zoot his “soulmate.”

“It’s funny because I never really believed in that before. How can there be (with) a zillion people in the world? There’s not just one soulmate,” Benson said. “Turns out there’s just one dog.”