The Town of Frederick commissioned artists to paint works of art on the features of the town's new skate park. 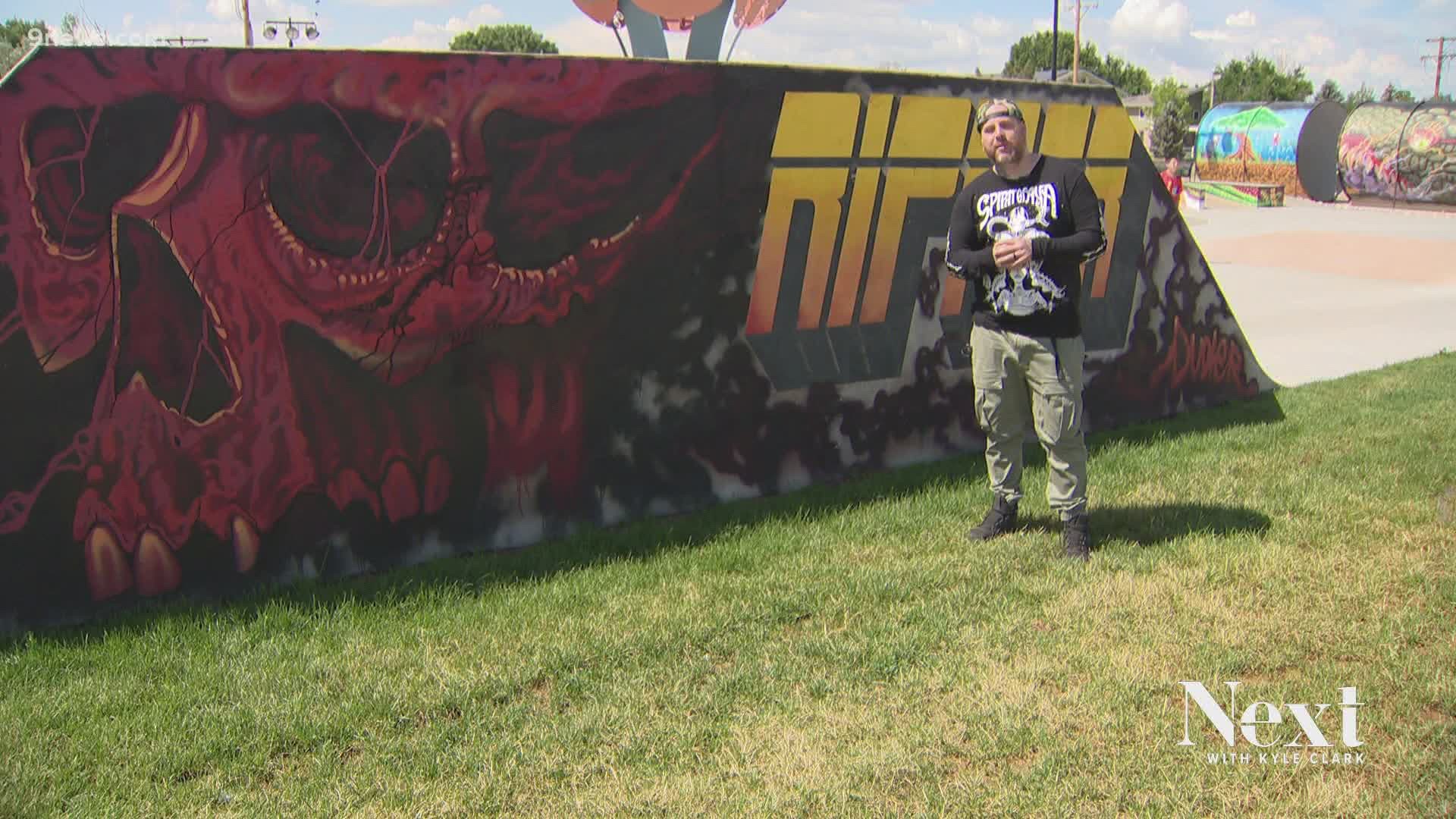 The town opened the park last August, and artists put the finishing touches on their murals a couple of weeks ago.

"I was here from the very first ramp to the last ramp, so it was really interesting to see how the skate park was put together," Zach McKinnon said.

He's a Denver artist who's been working with Frederick on other projects for a few years. His sister lives in town and told him about skate park project.

"To be able to paint a skate park and not have to worry about the police or anyone coming up and giving you trouble for doing something illegal, you know, it was pretty cool," he said.

RELATED: Ready or not, skateboarding takes its show to the Olympics

Illegal artwork was a concern for some in Frederick when the park was announced.

The town's planning director, Jennifer Simmons, said people wanted to know how they'd keep graffiti out of the park.

She worked with Team Pain, the crew building the skate park, to come up with the solution.

"One of the suggestions the Team Pain folks had, Tim Payne specifically had, was in their experience, ramps and features of the course that are painted by artists tend to not be graffitied," Simmons said.

She and her team worked with the town's arts commission to get as much of the park painted as possible.

McKinnon painted an ocean scene on a massive pipe that skaters ride inside. He also spruced up a feature with some neon-style patterns and painted a loop-the-loop feature to look like an ice cream cone.

"I think my style really ranges from abstract to classical to graffiti to finger painting," he said.

Frederick artist, Adam van Deutekom, took direct inspiration from the skateboarding world for one of his pieces at the park.

"It's a ripper skull, right, and it's stylized and influenced on the '90s skate decks I grew up with and idolized when I was a kid," he said.

On top of all the art, the park is unique for another feature.

Its bowl (think a giant drained swimming pool that skaters can ride in) is the same design as the one that will be featured in the Tokyo Olympics.