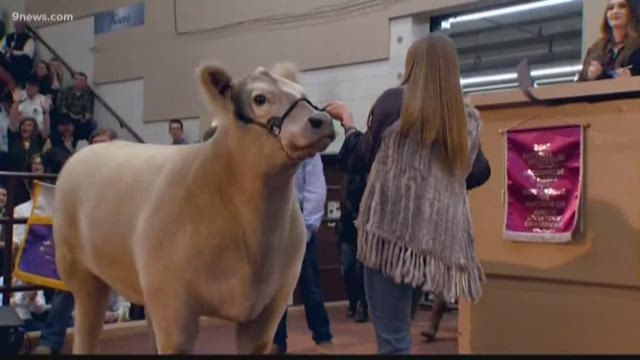 And while a ton (at least!) of animals were sold, one person dominated the competition - two years in a row!

Lillie Skiles sold her steer last year for $135,000 and set a JLA record! But this year - Lillie sold another steer for even more money.

People new to Colorado are usually surprised to hear that steers and pigs sell for five figures.

Thousands of junior market animals compete each year at the stock show, but only 96 make it to the Auction of Junior Livestock Champions. It's the final marketplace for ribbon-winning livestock.

Participants' ages range from 9 to 18. The point is to encourage the youth to see themselves in agriculture in their future - and to further their education.