Tim Klein and Jason Wells - who is from Boulder - have done dozens of climbs together at El Capitan. The extremely experienced climbers were on a route they'd done many times before when something went terribly wrong. 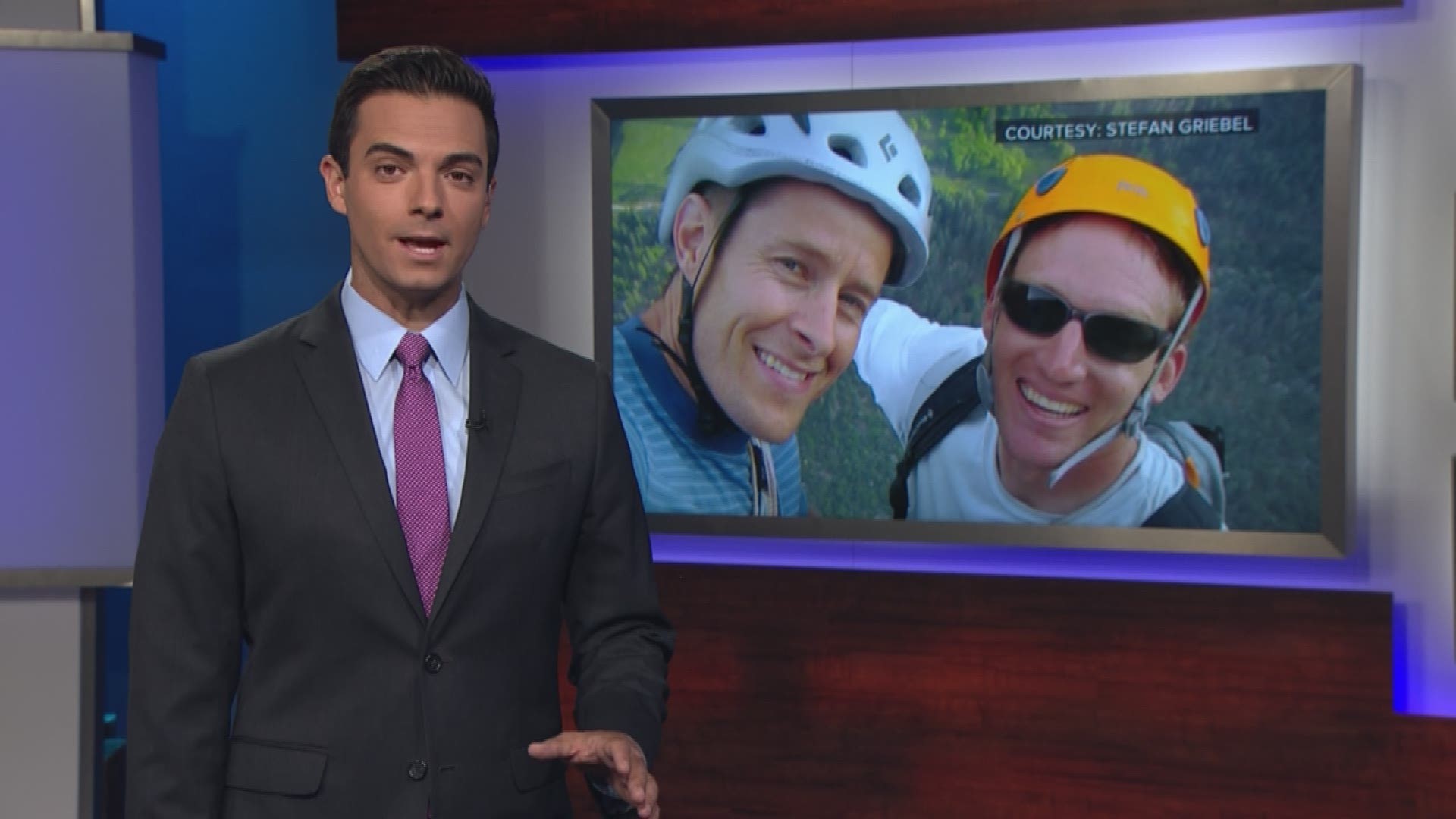 BOULDER - It's the kind of place rock climbers dream about. A freestanding, 3,000-foot vertical rock. At the top, a gorgeous view of Yosemite Valley in California. But this weekend, a tragedy there hit close to home in Colorado.

Tim Klein and Jason Wells - who is from Boulder - have done dozens of climbs together at El Capitan. The extremely experienced climbers were on a route they'd done many times before when something went terribly wrong.

It was just last Wednesday that Stefan Griebel met his good buddy Wells at Eldorado Canyon for the last Colorado climb they'd ever do together.

“He'd get halfway up the pitch, he'd be like, Wooo! Yeah, this is so fun! He was super exuberant and passionate about climbing. And it rubs off on whoever you're climbing with,” Griebel said of his friend.

That passion took Wells back to Yosemite this past weekend to meet up with Klein for yet another ascent at El Capitan.

“To be up on that thing looking down at the trees, like little toothpicks, I love that feeling. I'd be up there all day,” Griebel said.

Wells and Klein were simu-climbing, meaning they were attached to each other by the same rope while moving up the Free Blast route.

“Something happened. The place where he fell is pretty easy -- as easy as soloing in the Flatirons, which we do regularly,” explained Griebel.

That "something" pulled them both off the wall. The rope they were attached to was found severed. Shortly after, Griebel got that call from another friend no one wants to receive.

“His first words were, 'Tim and Jason were gone,'" Griebel said. "Couldn't believe it.”

The past few days have been full of questions about the "how" and "why," questions that may never be answered. Griebel said he and the climbing community are trying to be there for Wells' wife.

“Both of those guys were incredible, inspiring people, and we're really sad that they're gone," Griebel said. “The only thing better than climbing and family is more climbing...and more hanging out with your family. So, I am going to keep trying to do that and get my friends to do the same.”

There was a third person on the climb on Saturday. That person was not connected to the same rope Klein and Wells were on. The two met in college years ago and had been climbing El Capitan ever since. They both leave behind wives and kids.