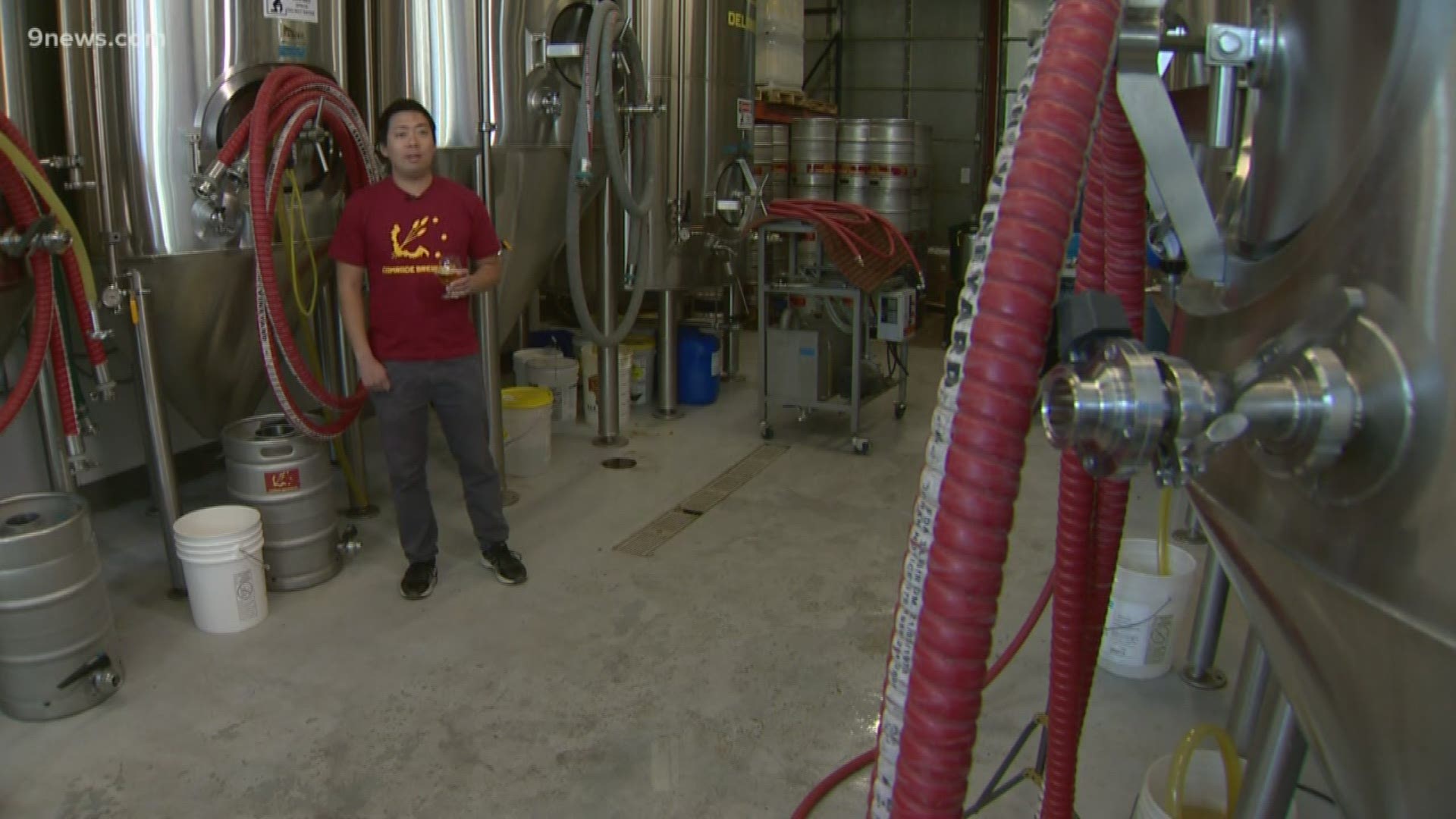 DENVER — Three years ago, a driver lost control of their pickup truck and slammed it into Comrade Brewing Company's tank room. They had to halt production right in the middle of brewing their year-round favorite, Superpower IPA.

When they got things back up and running, owner David Lin and brewmaster Marks Lanham decided to kick Superpower up a notch. They dubbed their extra-hoppy creation, "More Dodge Less Ram."

"If that never happened to us three years ago, we probably wouldn't have brewed the beer," Lin said.

And if they never brewed that beer, they might not have taken home Best Small Brewing Company at Great American Beer Festival (GABF) this year.

"We got a little bit of extra validation from the judges that we're doing something right," Lin said.

Lanham won Small Brewing Company Brewer of the year and said all these honors prove Comrade is one of the best breweries in the country.

"We swung for the fences," Lanham said. "We hit it, man, we knocked it out of the park."

Comrade has won several medals at GABF and awards at other competitions over the past five years. These awards, this year though, mean a little more to Lin.

"We've dreamed about this and it's a dream come true," he said.

He's not sure what these honors will mean for Comrade down the road, but he's positive Lanham and company will continue to pump out some of the best beers in the country.

"Winning these medals, I don't know what it means," he said. "We'll figure that out later after we get a little celebration in."