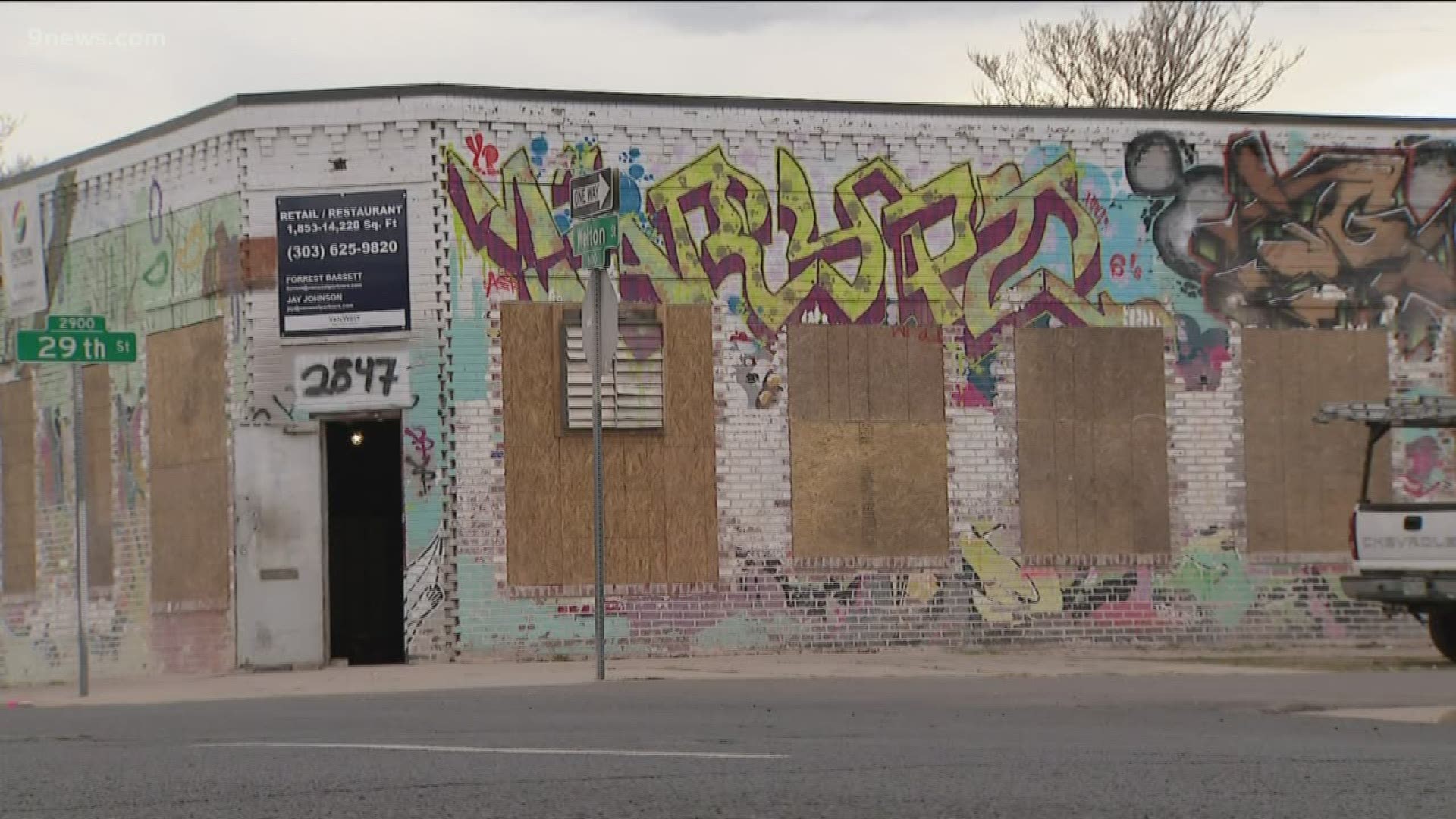 BOULDER, Colo. — A Boulder nonprofit is fighting hunger in a unique way: by asking renowned artists to create posters of bands performing at concerts around the state that fans can get in exchange for donating canned food or money.

Conscious Alliance, which was founded in 2002, has used this model to provide more than 4 million meals to people in need.

'I have the ability to help people'

Singer David Shaw, part of the New Orleans rock band The Revivalists, recently worked with Conscious Alliance to set up a food drive tent at a September Red Rocks concert.

"Growing up, you just dream about doing this, and you think, 'Oh my God, now I have the ability to help people,'" Shaw said. "Not just help them with the music, just straight up bring some food to their door. It's amazing, makes you feel good." 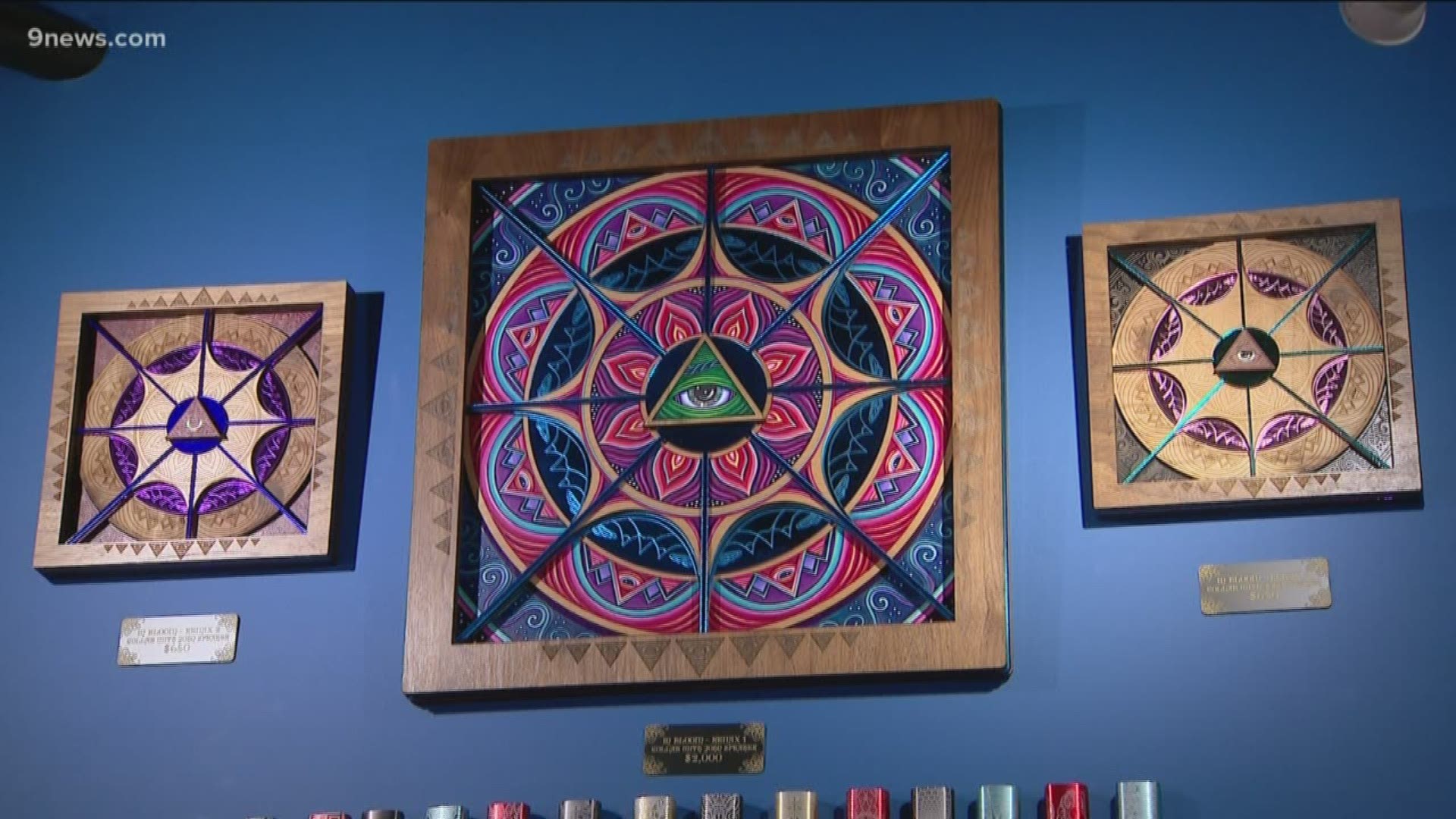 Nearly 100 other musicians and groups, including The Dave Matthews Band, Jack Johnson, String Cheese Incident and Dead and Company, have also been part of this movement.

Phil Lewis, a Boulder artist, is one of the people who creates the posters handed out by Conscious Alliance. He displays them at his art gallery art gallery at 2034 Pearl St., Unit 102.

Lewis said it's an honor to donate his time to the cause and that it helps him get his work in front of more people, something he called a win-win. 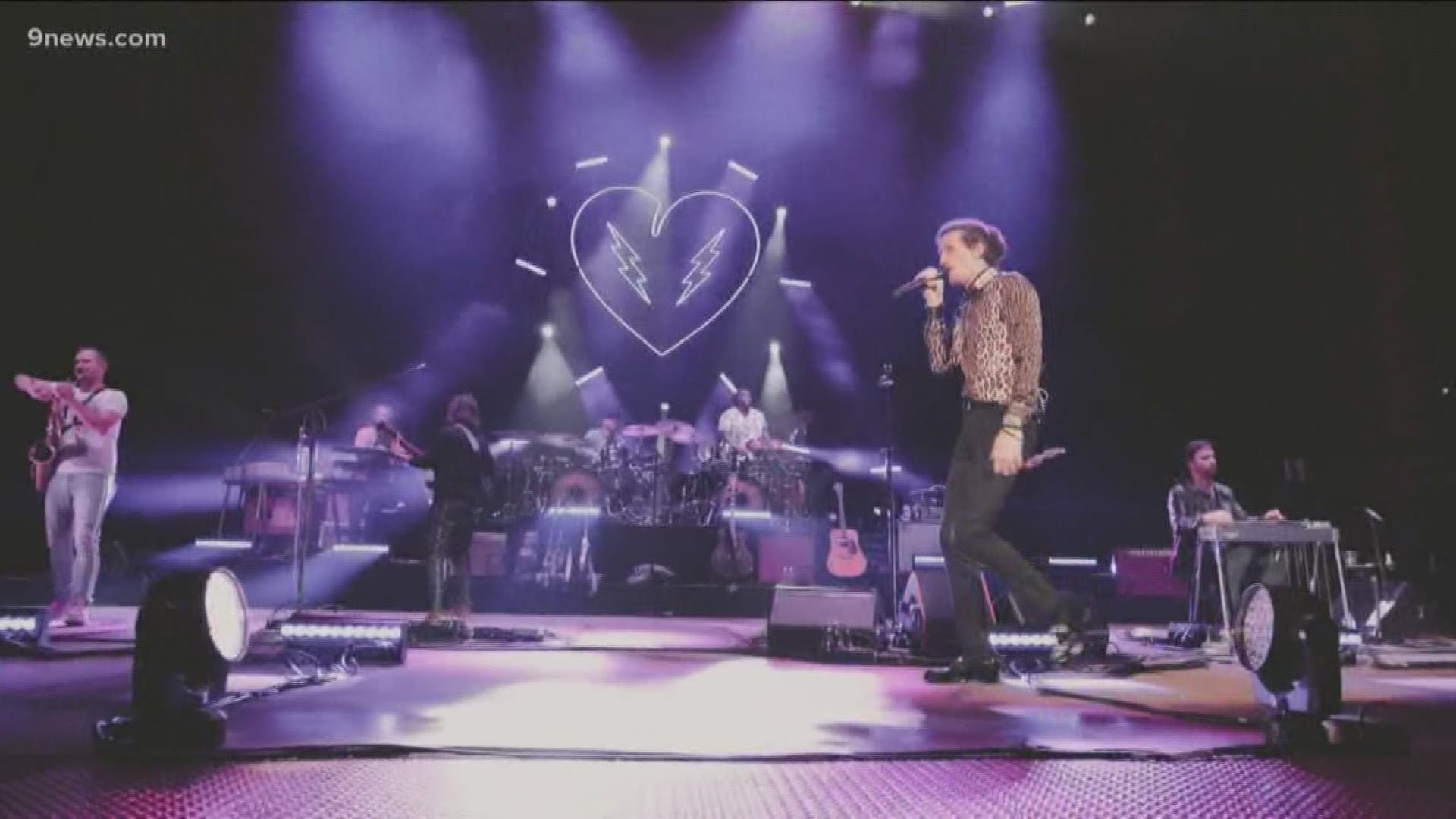 Conscious Alliance got its start 17 years ago at a String Cheese Incident concert in Denver in 2002.

The founders decided to give the 4,000 meals they collected to the struggling residents on the Pine Ridge Indian Reservation in South Dakota. Pine Ridge is famous for the Wounded Knee Massacre of 1890, and the graves of some of the hundreds of Native Americans who were killed by army soldiers in a cemetery are still there. 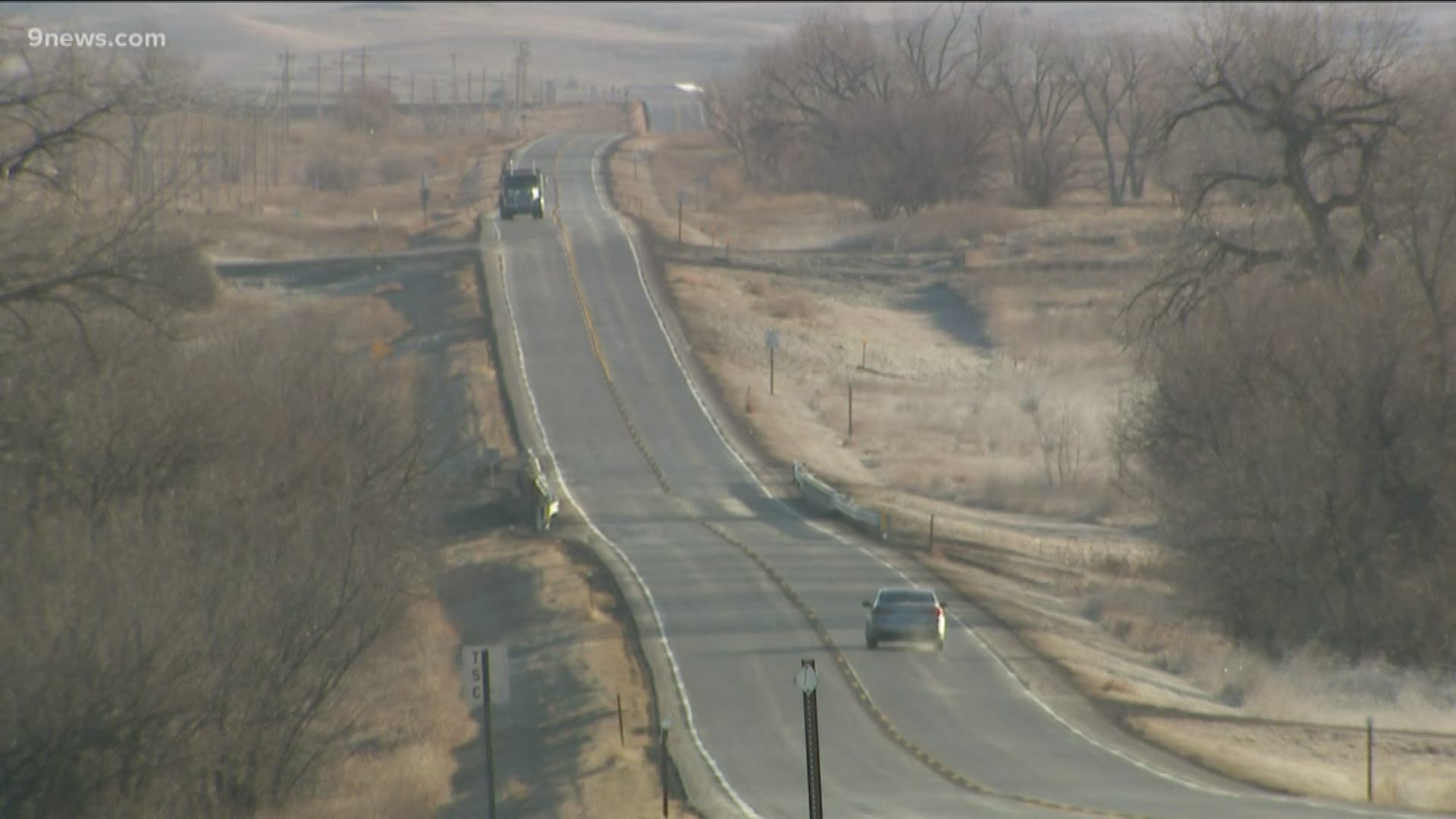 Pine Ridge is also known for being one of the poorest places in the country. Conscious Alliance has a food pantry there and takes truckloads of food to the reservation every year around the holidays.

While the organization gives food to people in Colorado and all over the country, they said Pine Ridge has always been the heart and soul of their mission.

"Pine Ridge is economically not wealthy, but spiritually is the most wealthy place I've ever been to," said Justin Levy, executive director at Conscious Alliance. "The culture's intact; people are so proud and happy here, and I think there's a lot we can all learn from our friends at Pine Ridge." 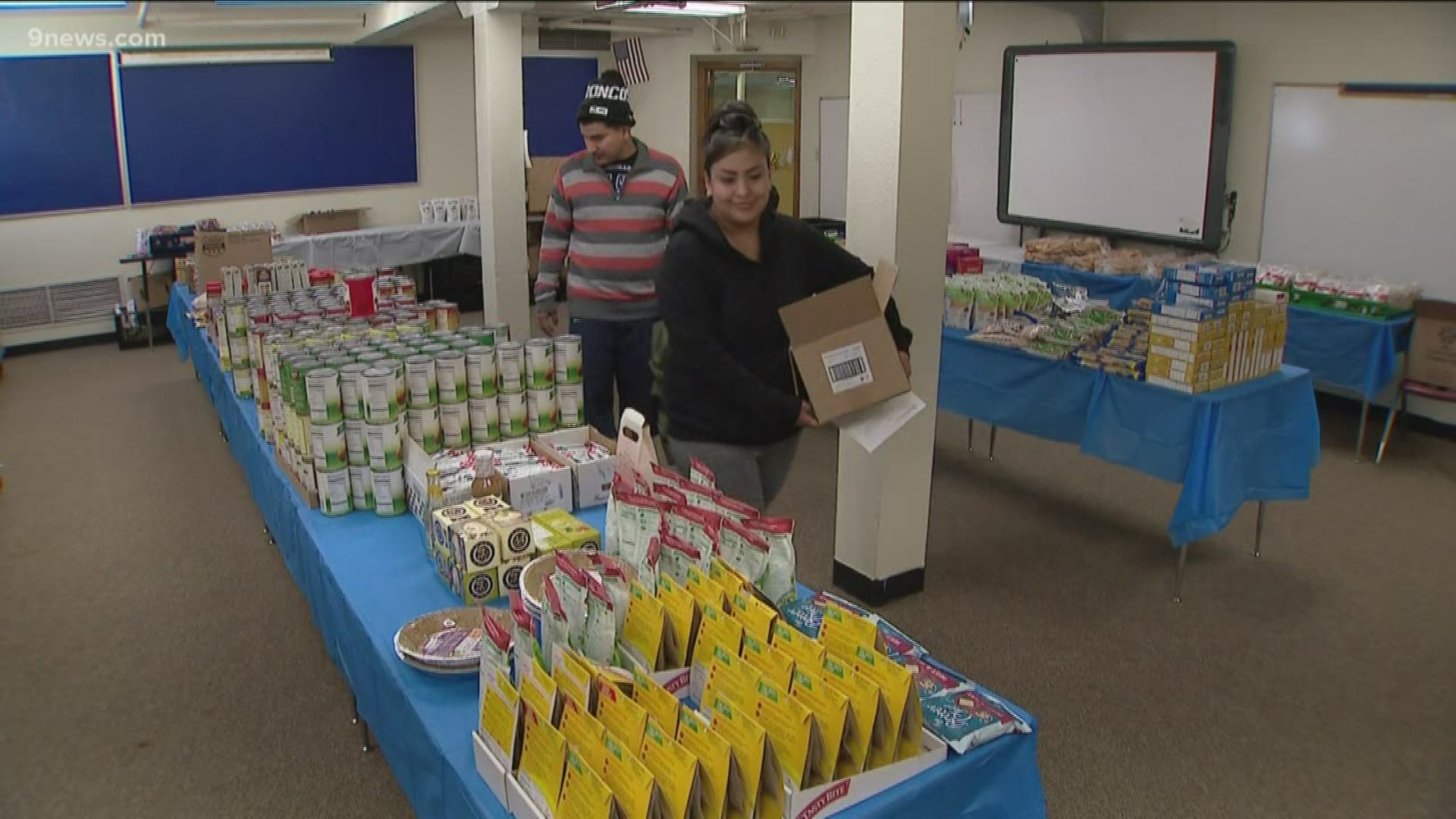 This year, 40 volunteers from Colorado took three truckloads of food there and distributed about 30,000 pounds to the residents — some of which was hand-delivered to homes from school buses.

Out of the landfill and into a home

The posters given away at concerts and festivals turn into food, much of which is kept in a warehouse in Boulder. Food companies also donate food that is often discarded because of production issues.

Once a week, administrators and teachers from schools in the area come by to get some of it for needy students. The kids stop by the school offices to pick up bags full of healthy food, something some teachers have said is a life-saver.

"Everybody has a hard time at some point in their life," said Elizabeth Moura from Aspen Creek Elementary in Broomfield. "Conscious Alliance has been amazing at helping get food out of a potential landfill situation and get into families homes."

The nonprofit also delivers food to school and food banks in the state, especially in areas known as food deserts. A food desert is defined as an area lacking a nearby grocery store.

"The quality of food exists for all Coloradans to eat," said Erin Urlic with the Colorado Blueprint to End Hunger, a multiyear plan to end hunger developed with funding from the Colorado Health Foundation. "But that food is not making it to the people who need it. So we're looking at more of a structural issue than a scarcity issue."

There are hundreds of food banks, pantries, schools, churches and others working to eliminate hunger in Colorado. But the need is massive. One in 11 people in the state struggle with hunger, and one in seven children may not know where their next meal will come from, according to Feeding America.

"I think hunger is invisible and people make trade offs on a regular basis," Urlic said. "It's not something talked about with their friends, 'I made the choice today to pay rent so I couldn't buy food for my family.'"

"It's why we all need to be aware and do what we can to help, whether that's donating money or food, volunteering or just getting a poster at a rock concert — every bit helps," she added.

More information on Conscious Alliance can be found here.