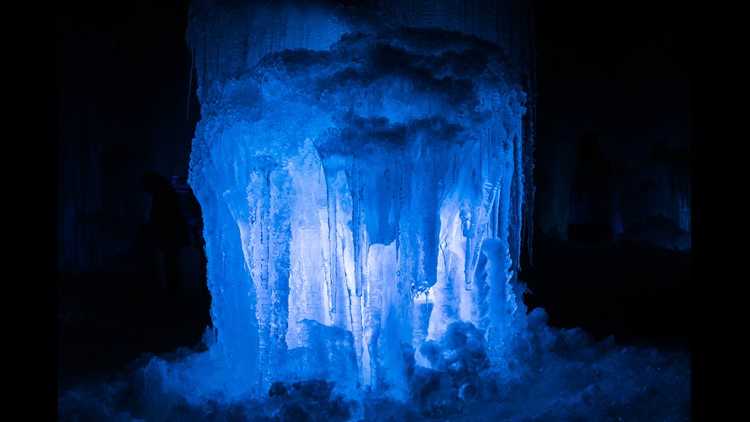 Photo by: Kelly Jensen
Ice Artisans have been chipping away for months to build brilliantly-lit ice castles in Dillon, Colorado. The majestic attraction opens Dec. 28, 2017.

Construction on the Dillon ice castles has begun

They're back! Well, almost.

The Dillon ice castles are under construction in the High Country. Crews have started to grow the massive icicles needed to create the large structures.

This year's castles will have ice-carved slides, tunnels, fountains, crawl spaces and more, the company said in a release.

According to the company behind the ice castles, artisans grow and harvest up to 10,000 icicles a day to build the castles - which cover a whole acre in the town. Each icicle is then cut, hand-placed and sprayed with water until the castles reach heights of 30 feet.

Ice Castles, which is based out of Utah, hopes to get the structures up and open to the public by mid-December. Those artisans will work 4,000 hours placing both the icicles and color-changing LED lights in Dillon.

Dillon is one of six castle locations around the country, the others being Midway, Utah; Excelsior, Minnesota; Lincoln, New Hampshire; Lake Geneva, Wisconsin; and Edmonton, Alberta.