"Being a boy scout has taught me a great deal about being a leader and being a good citizen. And doing duty to god and this country. So that's why I wanted to honor this flag so much." 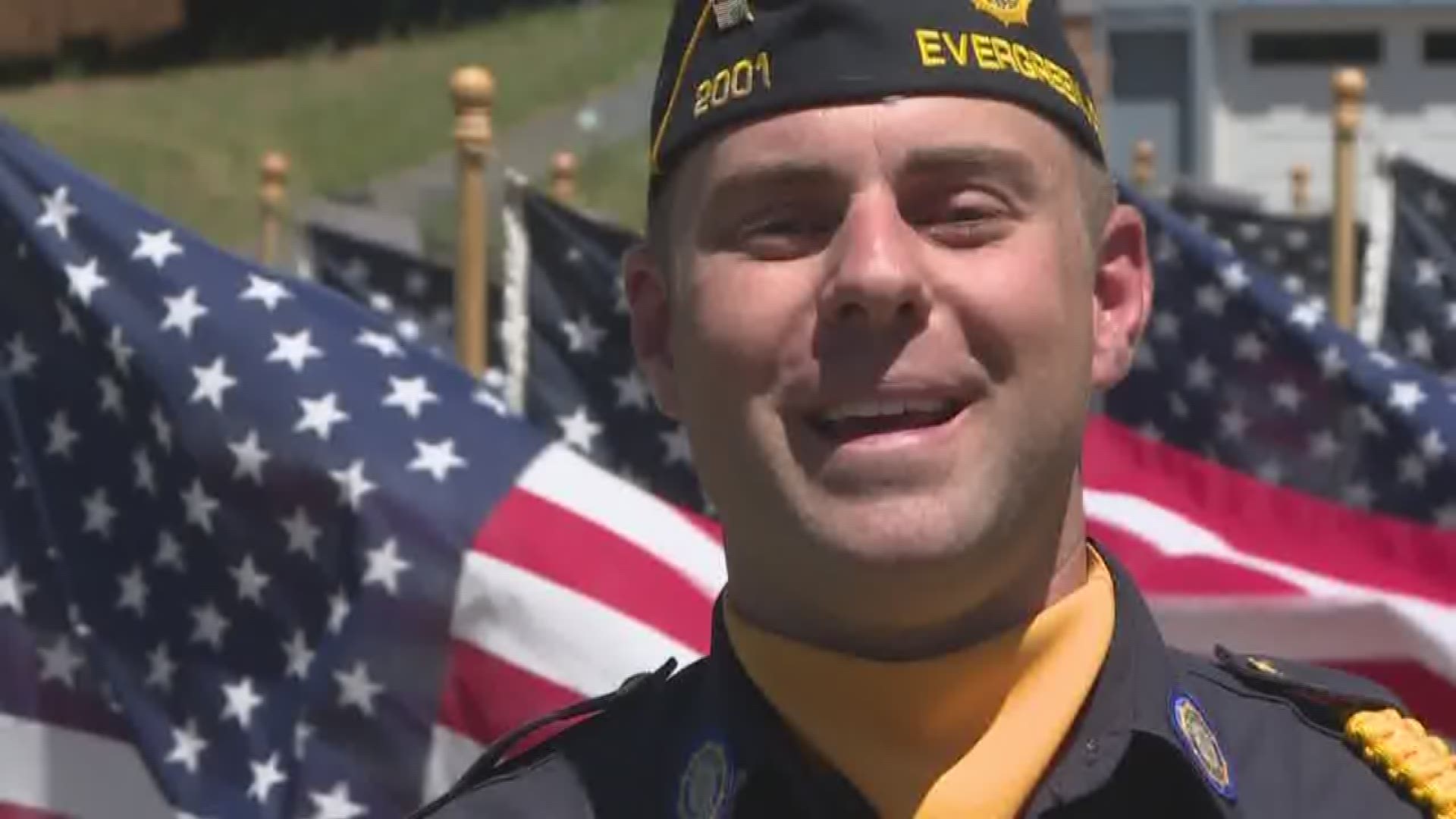 EVERGREEN - Six months ago, Boy Scout Matthew Bacher from Troop 400 built a handful of small flag collection boxes and placed them across Evergreen and Conifer. He didn’t expect to have to clear out the boxes as frequently as he did.

“We get ferocious winds in the winter and it just tatters and beats up flags,” said Lee Brock, the assistant manager at Big R in Evergreen, whose customers have made the most of the wood chest. “They are so happy that Matt has brought that box into our building. It’s given them a place to retire flags.”

On a weekly basis, Bacher made the rounds, checking his boxes in stores and banks, piling the faded flags in a storage room at the Evergreen Elks Lodge.

“People were just throwing them away and not having them properly retired," said Bacher who came up with the idea for his Eagle project. “Some of them have holes. They’re tattered. Some have lost their color because they’ve been beaten by the sun.”

He didn’t want flags sitting in basements just because people didn’t know what to do with them. He didn’t want the symbol of our nation to get pushed to the back of a closet. Not when so many military members had fought so hard for it.

“This is what they have defended it for. Our nation and our flag," he said. "When you give the flag a proper disposal, it says, we honor you in a way. Because you are our defense of our country.”

The 16-year-old is impressing his community. The veteran who helped him kick the project off couldn’t be more appreciative.

The weekly collections led to a formal flag retirement ceremony hosted by the Elks Lodge Saturday morning. Iraq War Veteran Michael Lynch made his way to a table stacked with flags. Bacher and Lynch gave each other a hug and then got down to business.

Lynch couldn’t believe what had been done. His face lit up. “Are you kidding me?” he said. “I am so proud of you, brother! Look at this!”

Lynch got into the military after 9/11. He spent 27 months in Iraq.

“When I look at the flag I see freedom. I see an amazing country," he said. "I saw the same things after I joined after 9/11 and I knew I was going downrange with all my buddies. And the flag means just as much to me if not more now.”

Most of us can't understand what it's like to put life on the line for the freedom of a nation. Yet, we reap the benefits of the pain and suffering that so many have endured.

Bacher knows there’s pain. This is his way of giving back.

“Being a boy scout has taught me a great deal about being a leader and being a good citizen. And doing duty to god and this country. So that's why I wanted to honor this flag so much,” said Bacher to the crowd who came to see the flags given their proper good-bye.

“Matt gives me hope for the future. To know there’s kids like that out there," Lynch said, "that have the leadership skills that he does. It’s incredible. It’s incredible to think what a sophomore in high school can do. I am so proud of him.”

After the ceremony, each tightly folded flag was taken one-by-one to a smoking drum barrel. Veterans and their families dropped each flag into the barrel, stoically saluting the symbol of their nation.

During the ceremony, the Elks Lodge gave Bacher the Citizen of the Year award.

They weren't able to burn all of the flags at the ceremony. Some were nylon and had to be taken elsewhere for a safe retirement. 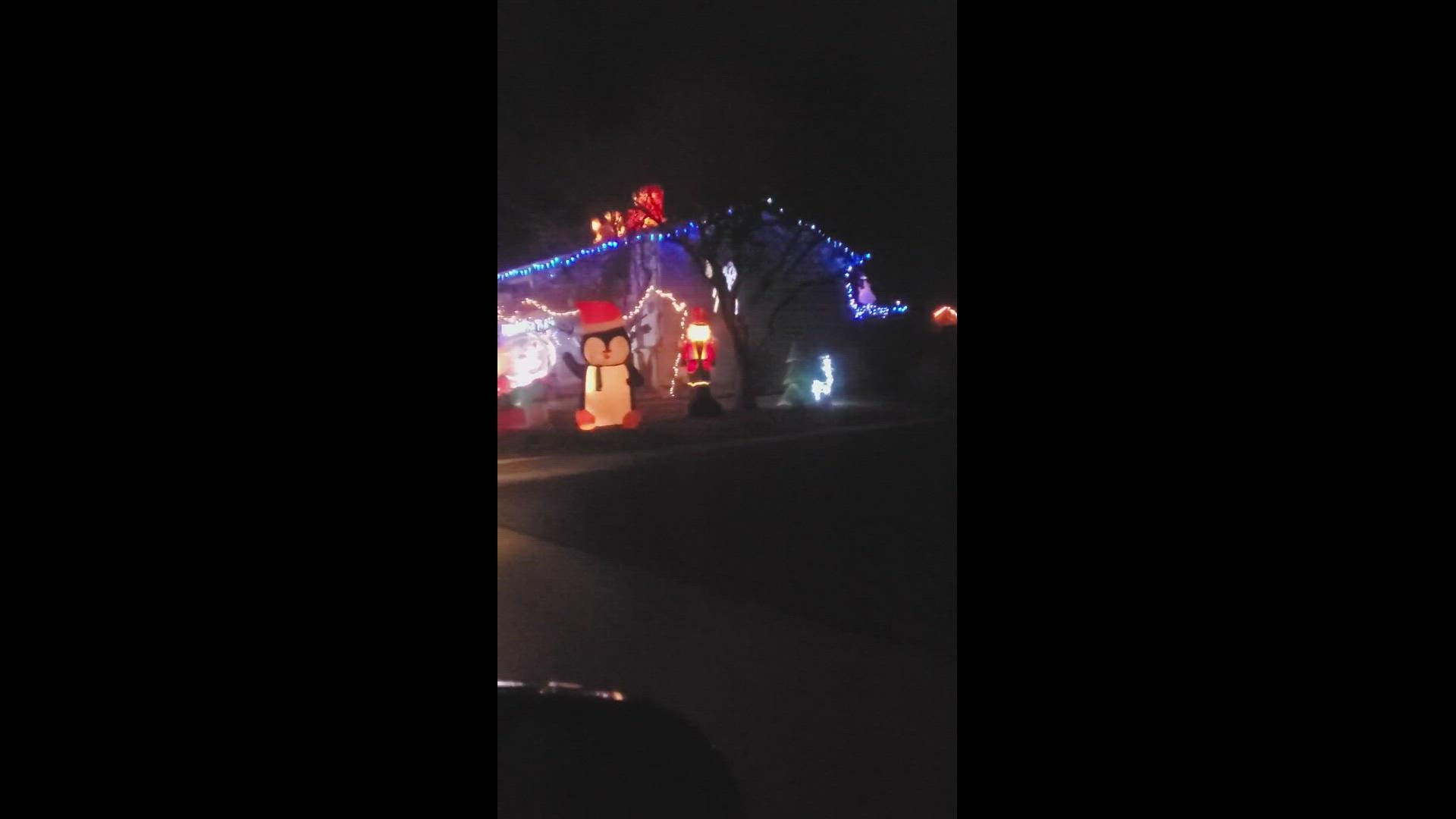 Decked out neighborhood. 6+ houses on the same street in Westminster