In a statement, Archbishop Samuel J. Aquila and Bishop Jorge Rodriguez say they "join brother bishops around the United States" in calling for an end to the practice that has led to nearly 2,000 children being taken from the adults in the last six weeks. 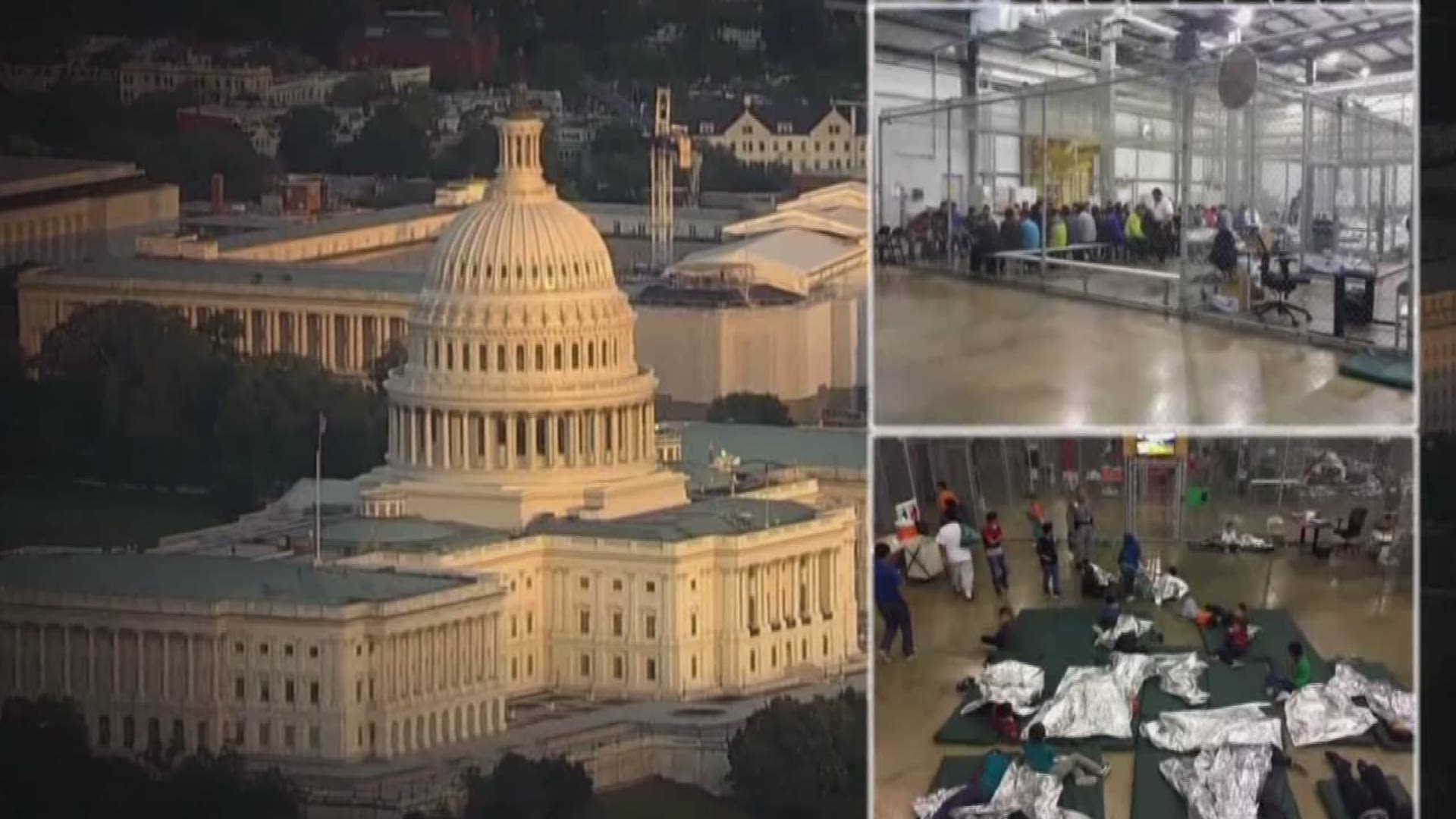 DENVER- The Archdiocese of Denver came out against the Trump administration’s policy of separating children from adults when they’re caught trying to cross the border illegally.

In a statement, Archbishop Samuel J. Aquila and Bishop Jorge Rodriguez say they “join brother bishops around the United States” in calling for an end to the practice that has led to nearly 2,000 children being taken from the adults in the last six weeks.

They called on lawmakers to “urgently seek an end to this immoral policy and pursue solutions that support family cohesiveness.”

Juan Carlos Reyes, director of Hispanic ministries for the Archdiocese of Denver, is an immigrant himself. His parents brought him to the United States when he was 12 and he can’t help but think about how they would have felt if he were taken from them.

“What agony would they be going through, thinking my kids have been separated from me,” he said, thinking about what his parents would have done to get back to him.

Department of Homeland Security Secretary Kirstjen Nielsen spent the weekend denying that it has such a policy and that the administration is simply following the rule of law.

"Here's the bottom line: DHS is no longer ignoring the law. We are enforcing the laws as they exist on the books. As long as illegal entry is a criminal offense, DHS will not the look the other way," she said to a room of reporters on Monday afternoon.

But, previous administrations have made exceptions for families who are caught crossing. The Trump administration made the decision to go with a zero-tolerance policy. The president could put an end to the approach his administration implemented, but he says a change is up to Congress.

“We need Congress to fully fund our abilities to hold families together through the immigration process,” Nielsen said.

Members of Congress are working on a bill to stop the separations and protect dreamers from deportation. The president wants funding for a border wall so that may be part of any bill put in front of legislators.

Juan Carlos and the Catholic Church recognize that the immigration system is broken and that something must be done. But he says that can't involve families being forced away from each other, especially when so many are looking for a life like his.

“Especially to believers in Christ, the person comes first. We serve and we love Christ in the other person,” he said.

Here’s the full statement from the Denver Bishops:

“We join our brother bishops around the United States in calling on the Trump administration to end its recent practice of separating children from their parents at our southern border. These children and their parents are often fleeing violence and our country should not add to the inhumanity of their situation. While we understand a desire to protect our borders, we call on all lawmakers to urgently seek an end to this immoral policy and pursue solutions that support family cohesiveness.”