Breaking News
More () »
If My Parents Only Knew

Dear Diary: These are teenagers' fears

When teenagers run off to their bedroom and close the door, some parents may wonder what’s going through their kids’ minds. Turns out, many are scared. 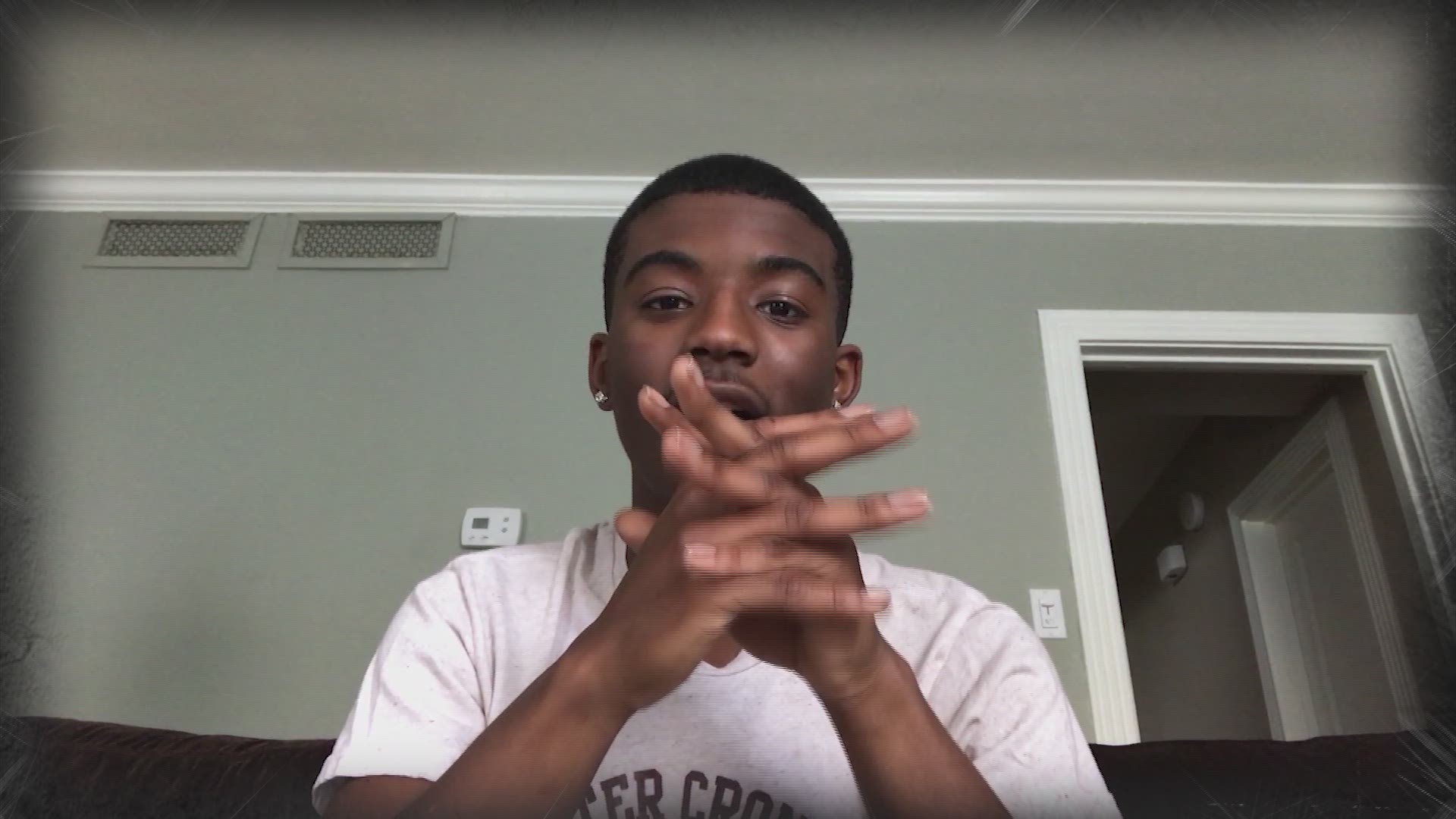 When teenagers run off to their bedroom and close the door, some parents may wonder what’s going through their kids’ minds.

Turns out, many are scared.

A group of teenagers – who agreed to keep a video diary for several days – revealed some common fears shared by teens across America today.

According to a 2013 national survey by StageofLife.com, 66 percent of teenagers are afraid of the future or life after graduation.

The StageofLife.com survey also found that 40 percent of teenagers are afraid of not fitting in with people at school.

“So the biggest fear I have in life, is honestly, the feeling of being left out, like by my friends,” said Roberto Rodriguez, 17.

“You’re on your own, for the first time you’re legitimately on your own,” said Reggie Antoine, 17.

“And I don’t actually have any idea what I want to do with my life,” said Kassie Perkins, 17. “As you can see, I’m very afraid.”

Dani Jean-Pierre, 17, said most of the pressure in high school comes from your appearance.

Experts say the challenge for parents is determining whether their child’s feelings go beyond normal “teenage blues.”

“The youngster starts to lose interest in activities, might have trouble sleeping, irritation, their diet changes,” Prasad said.

Prasad cautioned against a common reaction among parents to say, "Well, that defines a regular teenager."

“If you start to see these behaviors going on for at least two weeks or longer, and then it’s interrupting their ability to function at home or school, that’s when you might need to get some help,” Prasad said.

Research shows up to 20 percent of teenagers will experience depression before adulthood. Fifty-one percent of teens are afraid to talk to their parents about personal problems.

“Every time I do say something, it goes through one ear and out the other,” said 13-year-old Jordan Haggard.

Oldham said she feared upsetting her parents by sharing her problems.

“I don’t want to tell them, ‘Hey, I’m feeling depressed, I have really bad anxiety right now,’ because they may feel like ‘Well, what am I doing wrong?’” Oldham said.

Oldham shared her video diary with her mom, Courtney Meyer.

“You should never worry about it making me feel bad because I’m here to help you,” Meyer told her daughter. “If it’s something that I can help you with I want to do that.”

Many teens also expressed a deep fear of meeting their parents’ expectations — the pressure to perform.

“Forget sleep, forget having a social life,” said Payton Campbell, 17.  “I constantly find myself working and over-extending myself.”

Nazarene Freeman, 17, said the push to “always do this and that” is constant, and one that is difficult to talk about with parents.

“The expectations are so high that when you jump for that ...you’re afraid you’re going to fall,” Freeman said.

“For me, I’m sorry about (the) pressure,” Freeman said. “But I’m going to always be proud of you no matter what you do because you’re my kid. That’s enough. I’ll always love you because you’re mine.”