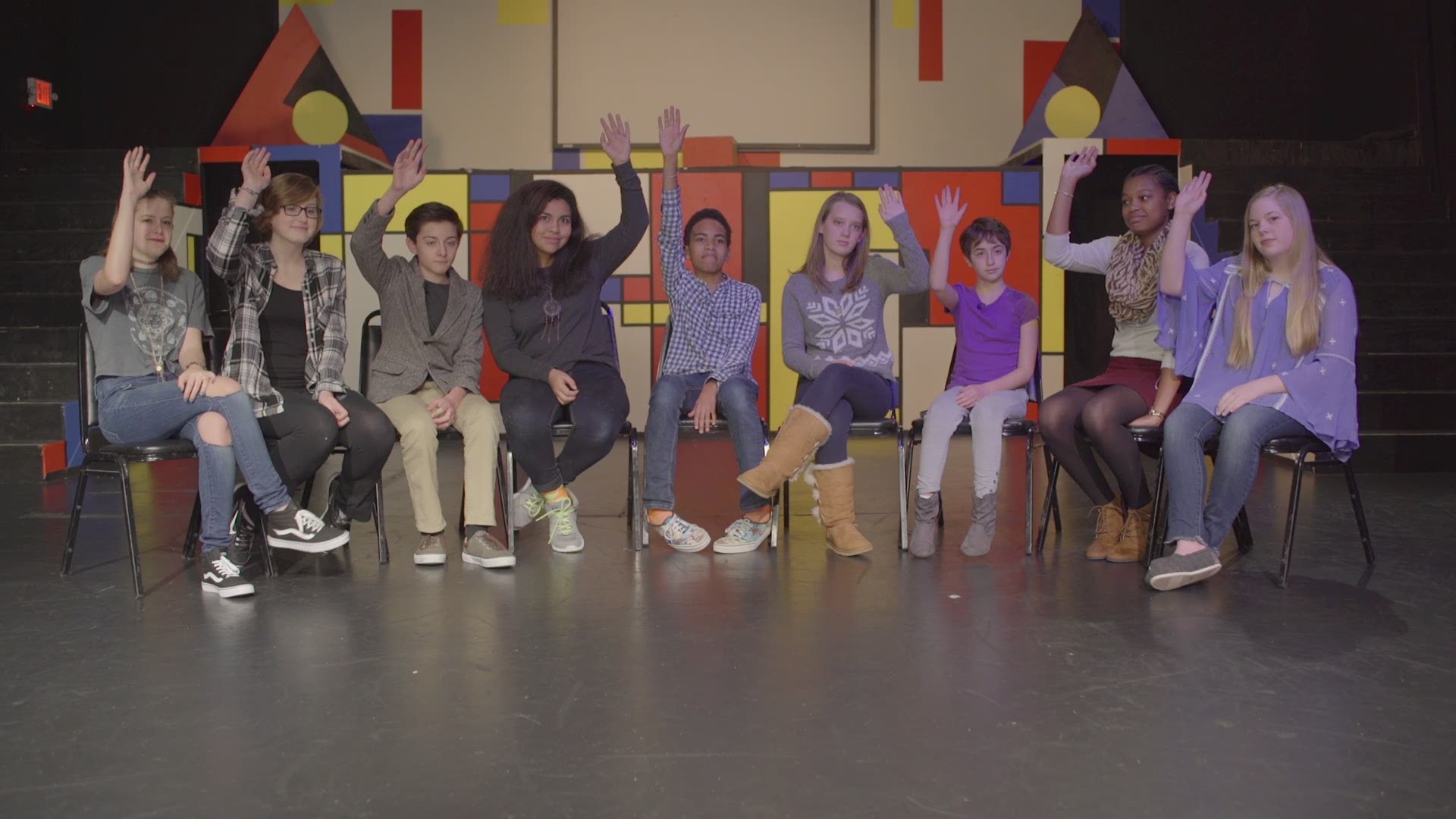 A group of 10 to 16-year-olds agreed to sit down for an honest discussion about bullying. The kids were eager to share their stories and when asked who had experienced bullying, all nine hands shot up in the air. But the next question was met with some hesitation. The question was simple:

“Does it count if you’re a bystander?” one girl asked. Another asked if it counts if you’re mean to someone who is mean to you. It was as if they were trying to measure each situation. If the “bully behavior scale” tips too far in one direction, then surely what you’re experiencing is bullying, right? This is why bullying is hard to understand. You can’t exactly measure bullying, but we all think we know it when we see it.

Bullying is defined as the repetition of unwanted, aggressive behavior that involves a real or perceived imbalance of power, according to stopbullying.gov. Bullying can take many forms, both in person and online. It can be verbal like name-calling or threatening to cause harm; physical like hitting someone or breaking someone’s property; or social like excluding someone from a group or spreading rumors online.

Who is a target for bullying?

One out of every five students say the were bullied in 2016. The experience is isolating, regardless of what form it takes.

“It just really hurts because I only have like literally two friends that really get me and understand me”, 10-year-old Lily explains.

16-year-old Aubrianna says she’s faced situations at school where race comes into play. Unfortunately, her story is not uncommon. More than one-third of adolescents say they have experience biased-based bullying. Aubrianna says she attends a predominantly white school, where African Americans are the minority.

“If I need a fake name they’ll give me a black name." She says she’s heard classmates tell racist jokes on more than one occasion. She initially tried to laugh it off, but it didn’t stop. “I was like ‘ok, there’s a line that you do not cross and you just crossed it.’ I was being bullied and I stood up for myself.”

Each student had a story to share. Mila says people make fun of her because she stutters. Sarah Jewell says other kids tease her about her weight.

Bullying research suggests what these kids describe is common.

Any perceived difference between students can often be an easy target. Students with disabilities are twice as likely to be identified as bullied targets when compared to peers without disabilities. In 2013, nearly 56 percent of LBGT students reported feeling unsafe at school because of their sexual orientation. When it comes to size, one-third of girls and one-fourth of boys say they’ve been bullied because of their weight.

Although bullying is not a new phenomena, the internet and social media makes bullying harder to contain and virtually impossible to ignore. According to the CDC, 24 percent of middle school students and over 15 percent of high school students experienced cyberbullying in 2015. In some ways, cyberbullying can have a ripple effect. If you’re antagonized on Facebook, then everyone in your social circle will know about it. You can cast an even wider net if the post gets shared to other pages.

The relative anonymity that cyberbullying allows makes it easier to ignore its effects.

“These days kids will make up jokes about how you need to kill yourself and to go die and it just doesn’t make any sense,” Eli says. While all forms of bullying are associated with suicidal behavior, cyberbullying victims are almost twice as likely to have attempted suicide compared to those who hadn’t experienced bullying online.

“When it comes to social media, it doesn’t go away and it follows you everywhere you go”, Ella explains. “There’s always something you’re doing wrong.” That type of pressure can be debilitating, and at 13-years-old, Ella says she struggles with the anxiety of it all. “Everything that’s said kind of sinks in your brain and it becomes true after a while,' she says. “After that happens, you become your own worst enemy”.

A fight between Ella and another friend went public after a text message Ella sent was posted on Instagram. Not only did all of her friends find out about the drama, but all the personal thoughts and feelings Ella outlined in the text were exposed for everyone to see. It was embarrassing and the experience has since made her think twice before standing up for herself.

Many kids are too ashamed to share their problems with adults, or are worried their parents may confront the bully. In fact, students who are bullied are more likely to turn to peers for support, but that doesn’t exclude the important role parents can play. Emma decided to break from the norm, instead choosing to come clean to her mom, Shannon, about what’s really going on inside her head.

“I just kind of put myself in bad situations or bad friend groups that I don’t need to be in,” she explained with Shannon sitting next to her. “I kind of do that because I feel like that’s what I deserve.”

Shannon wasn’t prepared for the magnitude of that statement. Her daughter felt like she deserved to be treated badly. Shannon listened as Ella opened up about the conflict in her life. “I don’t want to bring it up because I guess I think you wouldn’t understand.”

“This is really painful because so much of it I have control over, but there’s also just so much of it that I just don’t”. Shannon admits the bullying she experienced is different than what her daughter sees. “We had a telephone on a wall that wasn’t cordless so every conversation my mom and dad could hear, so if people had a tone or weren’t being very nice, my parents would intervene and they would literally come in and hang up the phone. I had a place to be protected.”

Starting a conversation about bullying with your child isn't easy. Ask your child how you can help, rather than immediately reacting. Shannon and Ella agreed to text each other when they need to talk privately. This way, the text can be used as an icebreaker.

Bullying is everywhere, we don’t need facts and figures to tell us that. Technology has made bullying harder to escape and harder to identify. But what the research does show is that early intervention can stem the long-term effects, for both the victim and the bully.

The most effective way to combat bullying is to get the community involved. Ask what’s being done at your child’s school to address bullying. Bring in law enforcement to address the bigger issues of violence and bias. Include faith-based groups to teach empathy through conflict resolution. At the end of the day, kids look to parents as an example.