First, they had a pandemic pregnancy. Now, expecting mothers with immediate due dates might have to deliver their babies during a major Colorado snow storm. 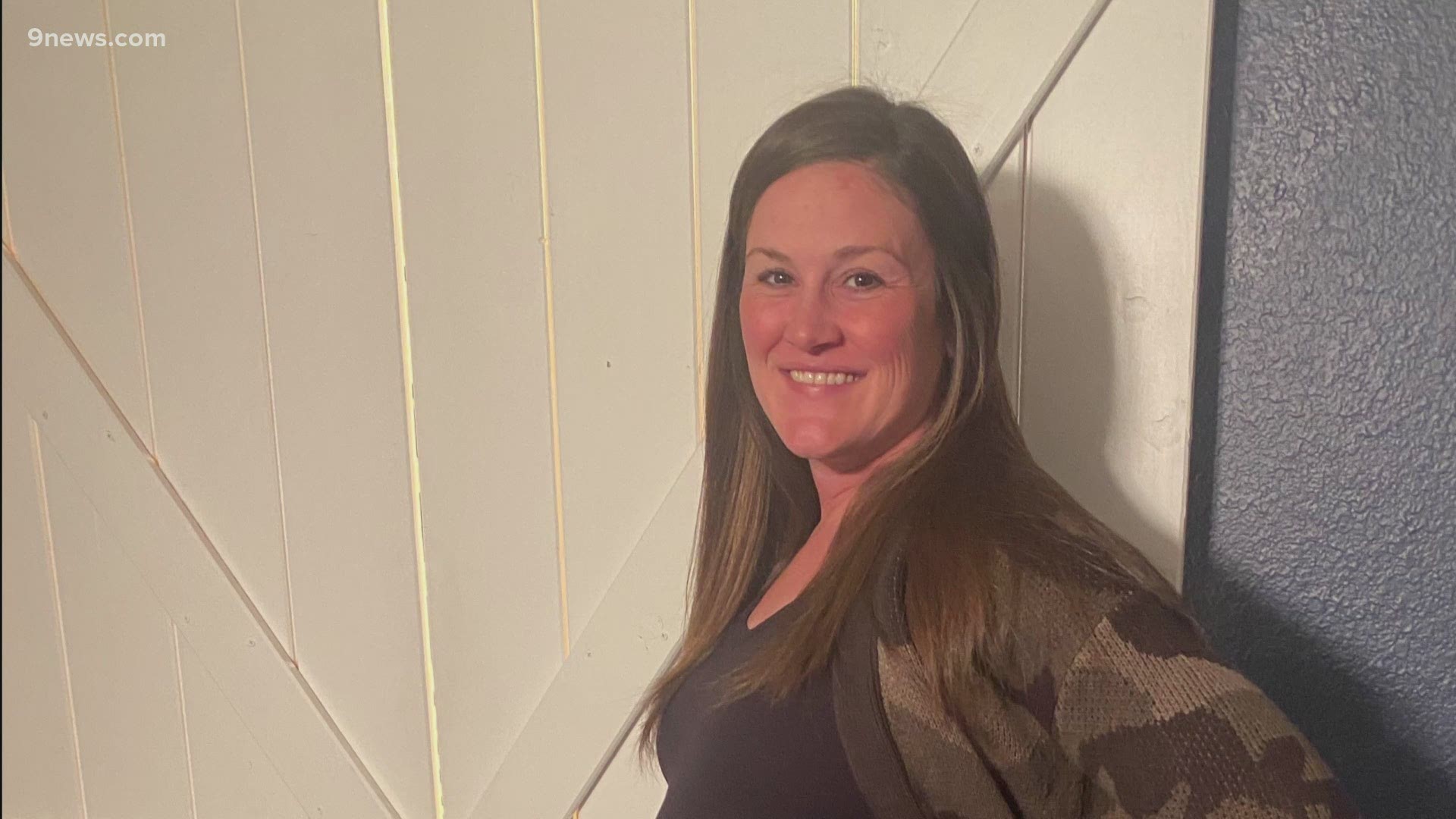 LONE TREE, Colo. — Thursday was supposed to be the big day.

But Thursday came and went with no baby for nine-months pregnant Megan Collins.

“I was expecting this one to be early and she is… stubborn,” Collins laughed. “I am so ready. I am so ready.”

Collins is expecting her third baby, a little girl, any day now. And her daughter’s pending arrival has timed up quite imperfectly with a pending, and significant, snowstorm in Colorado. 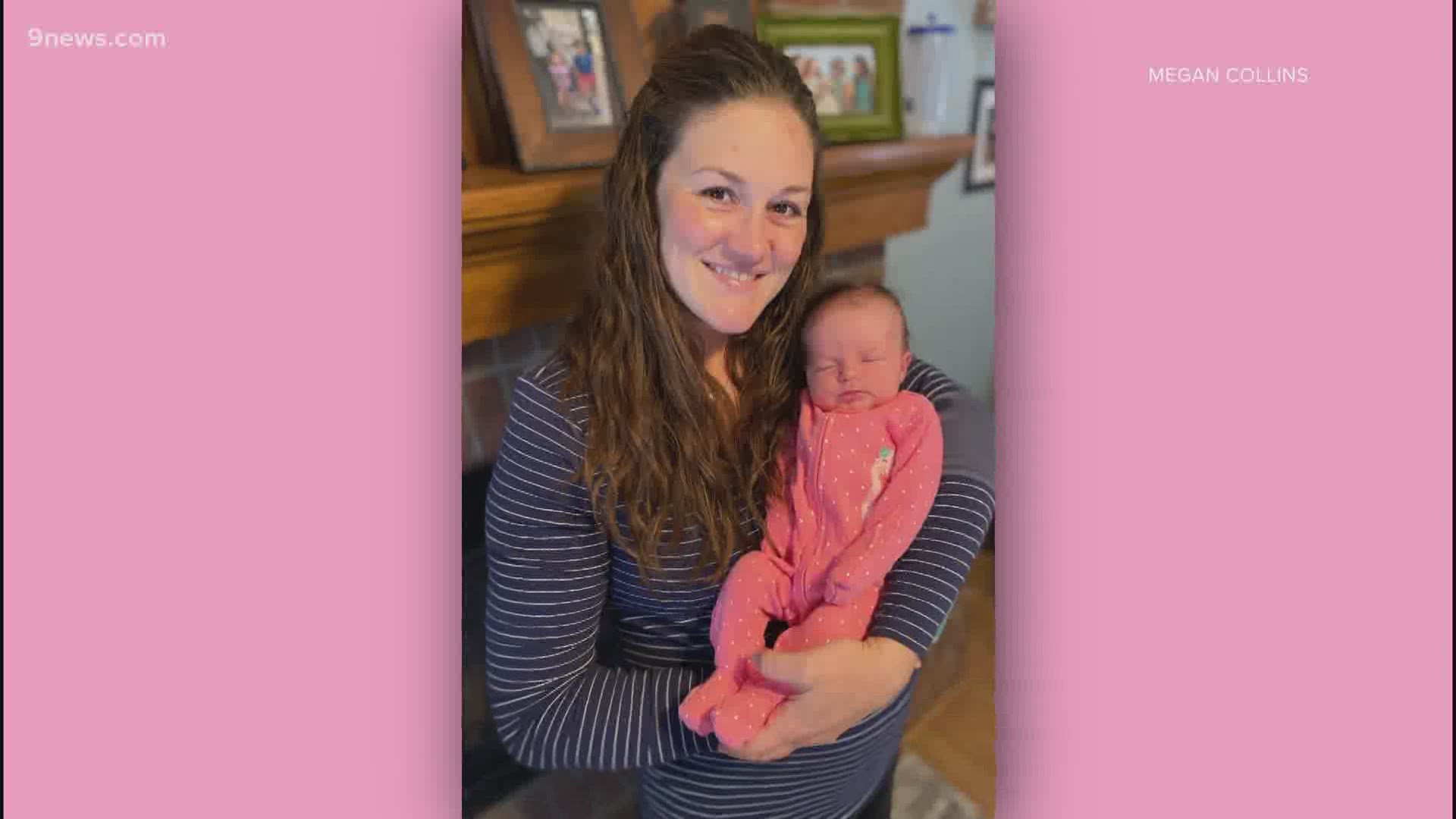 “I thought [the storm] would end up pushing back, or the dates wouldn’t coincide perfectly like they are,” Collins said. “But I did not get so lucky.”

This pregnancy has been an unusual one for Collins, her husband and her older two children. Thanks to a global pandemic, she said they held a virtual baby shower, didn’t get to visit with loved ones and she had to go alone to most of her doctor appointments.

Now, she is scheduled to be induced Sunday evening – during a window of time meteorologists expect the largest dump of snow this weekend.

“Some days I’m panicking and some days are more of a… 'it is what it is.' It’s going to be fine either way.”

By Friday afternoon, Collins said her older kids were with their grandparents and her dogs are with a sitter. She and her husband are going to stay in a hotel this weekend near the hospital where she plans to deliver, Sky Ridge Medical Center in Lone Tree.

RELATED: VERIFY: Current evidence suggests it may be OK to breastfeed after COVID-19 vaccine

And doctors there are prepared for a long weekend, too.

“Better to be [at or near the hospital], and be watched, and be prepared rather than deliver the baby on the side of a road,” laughed Dr. Catrina Bubier, an OBGYN and Chair of Women’s Services at Sky Ridge.

“Most practices they have a doctor on call, one day, or a weekend, or a day at a time.”

Bubier said she remembers the big snowstorm of 2003. She said she was early in her career, in residency at a different hospital when the storm hit and she couldn’t get out of her house. She said the other doctors already on shift stuck around until the next round of staff could dig out of the snow and come into work.

She said her team at Sky Ridge will have people on call again this weekend. Babies are simply unpredictable.

“Sometimes you have to plan and say, ‘Do I need to stay in the hospital? Sleep overnight?’ I mean, we do that. We bring our bag with us and just stay," she said. "So I think that’s something we're considering, contemplating – depending on what's going to happen.”

RELATED: Q&A: How first responders are preparing for the weekend storm

She’s advising her patients, the expecting mothers, to plan ahead as well. She said the patients with longer travel times have been advised to come in a little earlier in their labor process than normal, and to make transportation arrangements that will get them through the snow – 4WD, parking cars at the top of a hill, recruiting a friend to drive, or even staying close to the hospital – like Collins.

“She’s not even born yet and she’s making waves,” Collins joked about her baby’s imperfect timing.

Despite all the unexpected events of her pregnancy, Collins said she and baby have been healthy throughout.

They are hopeful for an easy, healthy delivery – and hopeful it comes before, or after, the worst of the snowstorm.

But this isn’t her first child. It will be her third. And she learned long ago there’s only so much she can control.