An expecting couple had planned their baby's birth for months, but early this week, they were forced to think fast and abandon those plans during a stop at a San Antonio Chick-fil-A. 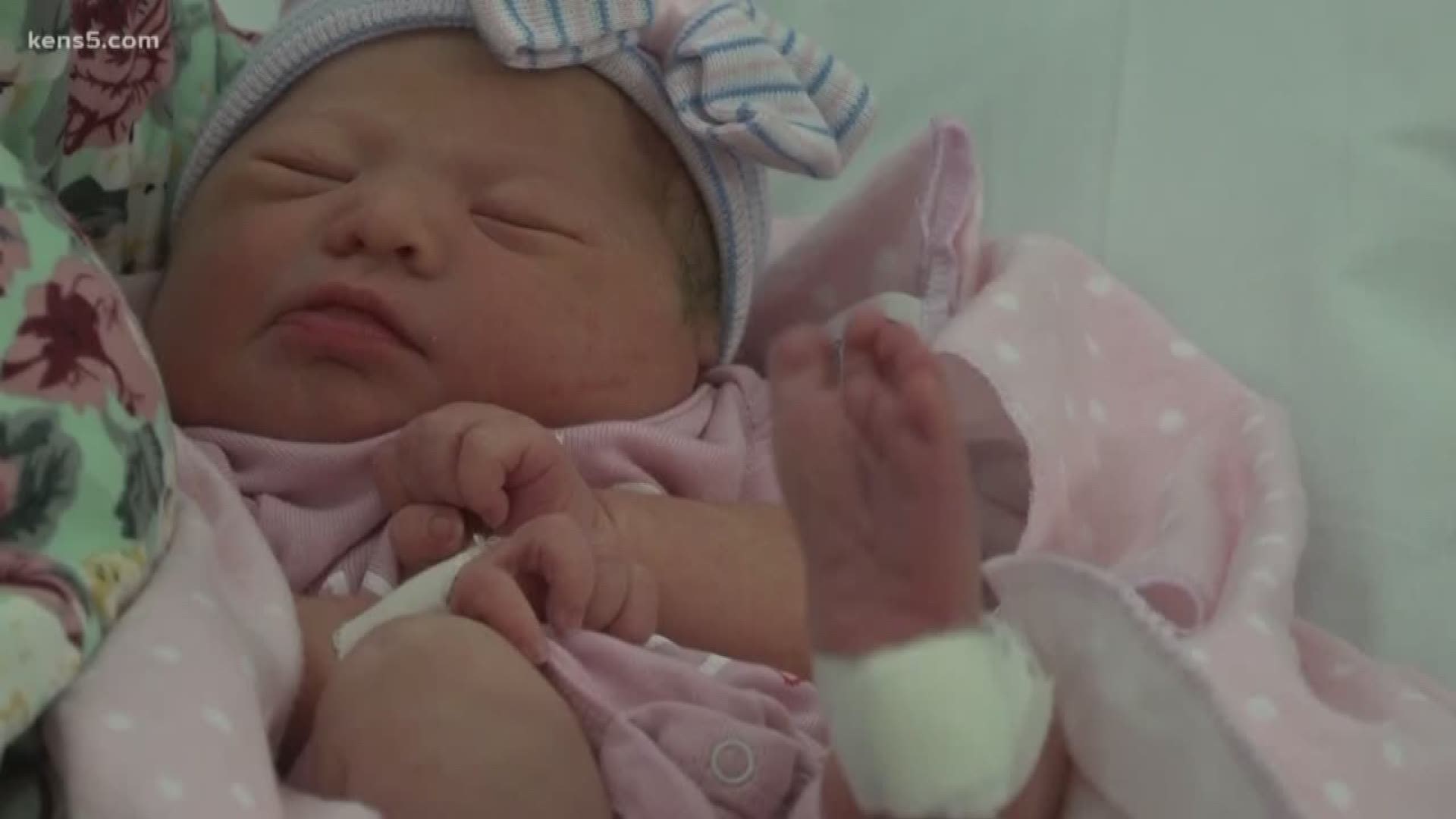 SAN ANTONIO — Robert and Falon Griffin were driving to San Antonio's University Hospital, when Falon told her husband she desperately needed to use a bathroom. The family pulled into the Stone Ridge Chick-fil-A off Highway 281 and Evans. They had no idea this bathroom break would change their lives.

"And I was very insistent," added Falon with a laugh.

Even though employees were off the clock, they let the 38-week pregnant mother inside.

The Chick-fil-A employees, who the Griffins guess couldn't have been more than 25 years old, were quick to act under pressure.

"I hear high pitched screaming and I was like, okay - this is serious. This is happening. And I got on the phone with a 9-1-1 dispatcher," Brenda Enriquez said.

Brenda is the restaurant's drive-thru director. She's used to delivering orders - but not orders like this. "Assistance to the dispatcher over what color is the baby, is it crying," she said.

Meanwhile, Robert handled the delivery of his daughter's birth - which wasn't without some scary obstacles. Gracelyn's umbilical cord was twice wrapped around her neck. Robert was able to unwrap the cord, and his daughter took her first breath of air.

"I couldn't control it," Falon said. "I was basically straddled the toilet - I wasn't even sitting down. I was literally standing giving birth, with one hand on the wall and one hand holding her head."

Robert's Facebook post sharing the story has gone viral - receiving thousands of "likes" and "shares" since Wednesday. The parents are grateful for the Chick-fil-A employees who helped handle the surprise situation.

Baby Gracelyn is receiving some special presents to commemorate her birth. Chick-fil-A has gifted her free Chick-fil-A for life, and has guaranteed her a first job when she turns 16.

But perhaps the best present here is something that can't be wrapped: a beautiful friendship for life.