The U.S. Forest Service said the invasive, destructive pest was found in a tree in Broomfield. 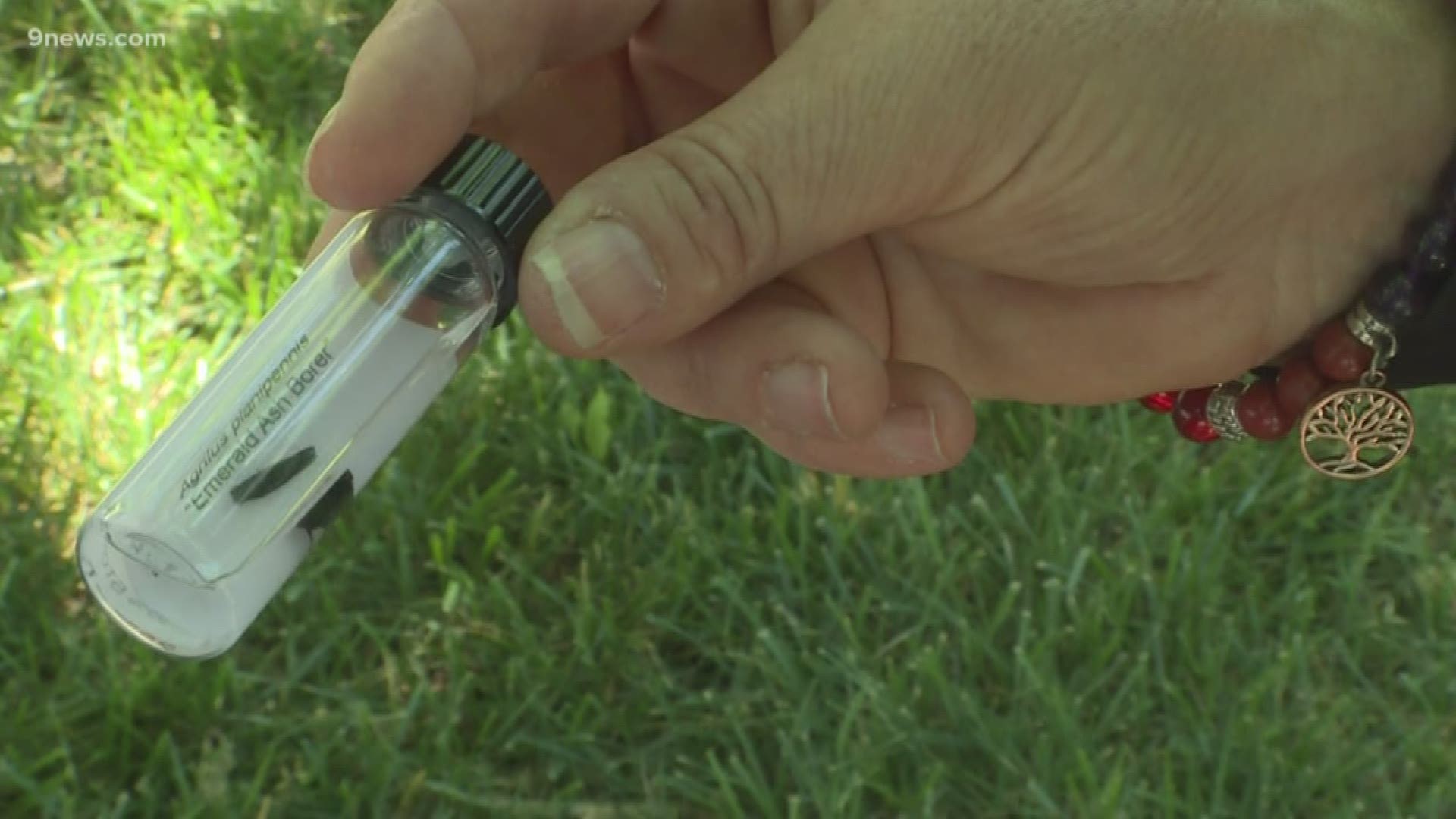 BROOMFIELD, Colo. — The highly invasive emerald ash borer (EAB) has been confirmed in the county of Broomfield, according to a release Tuesday from the U.S. Forest Service.

This is the first confirmed case of the pest in Colorado outside of a federal quarantine, which primarily encompasses Boulder County, the release says.

That quarantine was established in 2013 in an effort to prevent or slow the insect’s spread.

About 15% of urban and community trees in Colorado are susceptible to the pest.

The first confirmed emerald ash borer was in Boulder in 2013. The pest spread to trees in Gunbarrel, Longmont, Lafayette, Lyons and Superior – all within the quarantine area.

The quarantine is meant to prevent the human-assisted spread of EAB via ash nursery stock, firewood and other wood that may contain the pest. The release says the quarantine boundaries will not change at this time.

Broomfield is near the quarantine, but outside of its boundaries.

“The primary purpose of this quarantine has been to slow the spread of EAB in Colorado, and we believe this is one reason it’s taken so long for the pest to be confirmed outside Boulder County,” said Laura Pottorff, a CDA plant health and certification section chief and lead member of the Colorado EAB Response Team.

“Based on recent data from the eastern U.S., our expectation is that EAB cannot be prevented from leaving the quarantine," she added. "We’re just glad we’ve given Front Range communities more time to better plan and prepare for its arrival.”

> Click/tap here for more information about ash tree identification, the symptoms of EAB and treatment options.