This week in the Feed, Kylie Bearse shows us why The People’s Pickles is making an impact far beyond a jar of pickles. 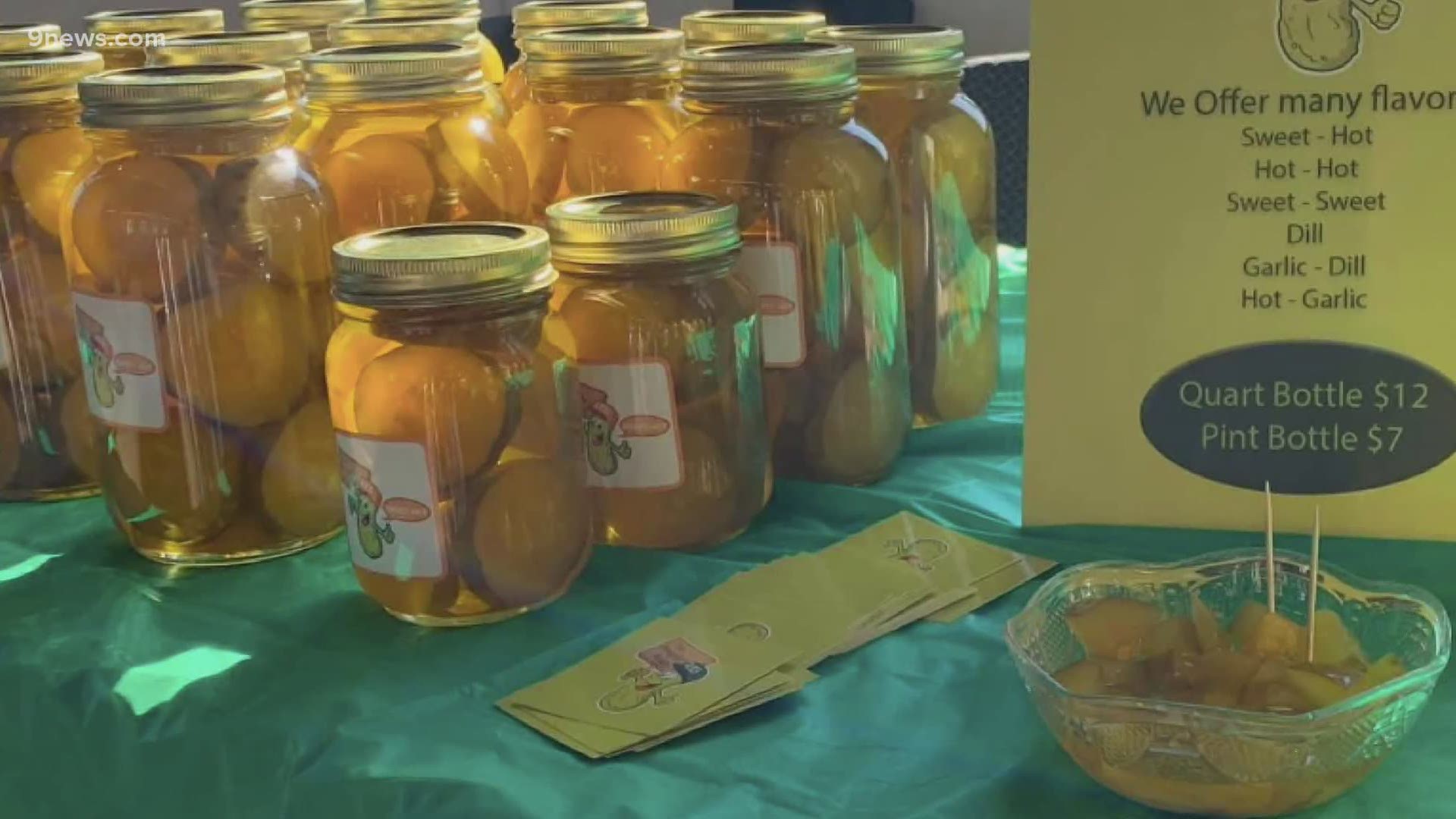 DENVER — A Denver-area pickle business also aims to give those down on their luck a second chance.

“Not even lying, the best pickles I’ve ever tasted,” said Frances Blair, one of the owners of The People’s Pickles.

Co-founder Marcus Weaver said he always knew the pickles were something special.

“We brine the pickles, then go ahead and cut them up, which keeps the freshness and elasticity — and they’re just amazing,” he said.

“It’s been a recipe that goes all the way back to slavery,” said Weaver. “I’m third generation; it’s something we take pride in.”

They started The People’s Pickles in November, but pickles are just the beginning of the story.

“We thought the pickles would be a great avenue to teach someone how to be an entrepreneur,” said Weaver.

The People’s Pickles are the flagship business of Lower The Barrier, a nonprofit Weaver and Blair started to help create economic opportunities for marginalized individuals.

“We have vocational training that we offer, [and] job placement assistance,” said Weaver.

Whether it’s getting out of rehab, homelessness or incarceration – Lower the Barrier is here to help them find success.

It’s a mission that’s personal for both Weaver and Blair.

Blair spent a decade working in the criminal justice system and Weaver has been on both sides.

“It was 15 years ago,” said Weaver. “I had just graduated radiology school and was having a tough time with family. I landed in...jail and was looking at 40 years. When it came time to see the judge, I told him all that I was going to do, start a nonprofit, help people. The judge showed mercy on me and gave me three years.”

Marcus lived up to his promise: working at a shelter when he got out, starting nonprofits to help others who had been in his situation.

“Things really came to a crashing halt when things were going good," he said. "I was in the Aurora theater shooting, got shot in the arm."

But what could’ve been a setback only made Weaver work harder.

“That really made me take a pause and it invigorated me all over again,” said Weaver.

Now they’ve got a thriving pickle business and a growing nonprofit -- and that's on top of their day jobs.

Blair works for in the criminal justice system and Weaver at the Colorado Coalition for the Homeless.

“We’re busy during our day jobs and it just seems like they overlap,” said Weaver.

Weaver and Blair said it’s worth all the time and hard work to make a lasting impact in their community.

“People have to realize when you get in trouble, it’s a situation; it’s not a permanent situation,” said Weaver. “We want to help people be a part of the solution, not the problem.”

People’s Pickles can be ordered online at this link. They deliver for free in the Denver metro area.

If you’re interested in learning more about Lower The Barrier, visit this link.