Grubhub said it has since removed the listing, but the bakery owner wonders why it's okay her business was added in the first place. 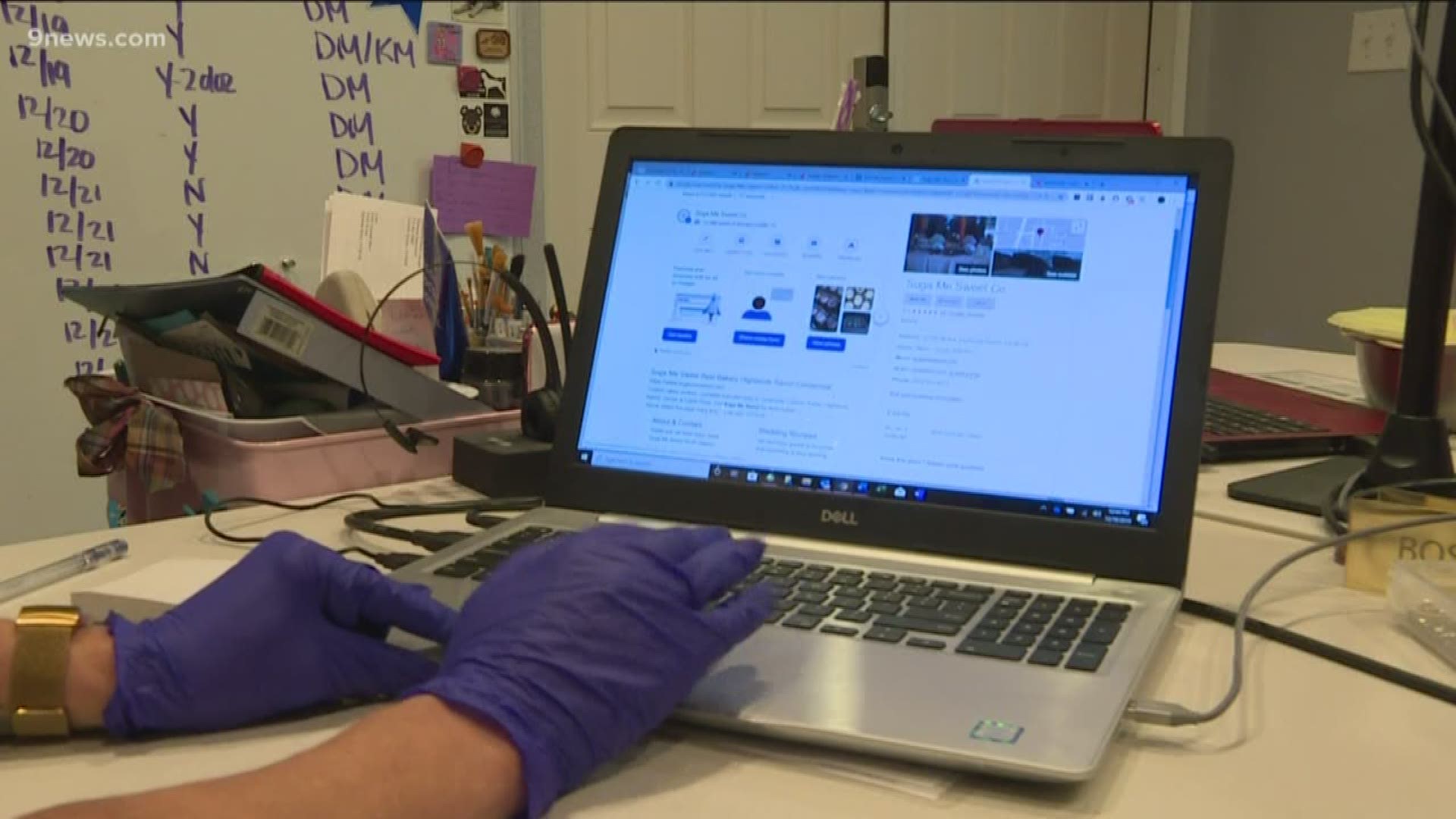 HIGHLANDS RANCH, Colo. — These days, we can get almost anything delivered: goods, groceries, breakfast, lunch and dinner.

The delivery service Grubhub asked Kristin Marin, the owner of Highlands Ranch dessert bakery Suga Me Sweet, to partner with the platform.

Because her orders are for custom desserts and take days to fill — and not hours — she said no.

Suga Me Sweet handles their own deliveries.

“So, I start getting these random calls from people about Grubhub – ordering through Grubhub – and I have no idea what's going on,” Marin said. “So, I go on Grubhub's site and I found my listing – all of my menu, all of my graphics – all of my descriptions for all of my products were just uploaded to Grubhub.”

Marin said she called Grubhub to get the listing removed.

“And so they said, ‘Well, that's great. You don't want to be on the site anymore. We need you to send a letter to our legal department to get removed,'" Marin said.

Marin hired a lawyer and sent a cease-and-desist letter to Grubhub.

The Suga Me Sweet listing on Grubhub came down.

But Marin said there were some other related problems.

“So, when I got removed from the platform, I then found on my Google listing – when people Google my company – there's an 'order now' link that has 'seemless.com' – which is a subsidiary of Grubhub – and a Grubhub.com link,” Marin said. “So, they're basically redirecting my customers to order through them. But...since the listing's gone – when they click on that link, it's a dead page at Grubhub. So, I don't know where my customers go after they see that.”

Marin said if she sues Grubhub, it would be a tough case to win because she would have to prove damages.

“And I don't know how I've been damaged,” she said. “I don't know how many customers have been redirected to Grubhub from my site. So, I'm not sure how to even quantify what we could do if we tried to sue them.”

RELATED: Walmart service will deliver groceries inside your home when you're not there

RELATED: Amazon could be planning deeper dive into alcohol sales

She also said the timing isn’t good for the bakery.

“This is the busiest time of year,” Marin said. “This is the worst possible time for this to happen.”

Marin isn't alone. Rachel Webb and her husband own Roaming Buffalo BBQ in Denver. They've had Grubhub delivery drivers come to pick up food the restaurant never knew was ordered and didn't have available. 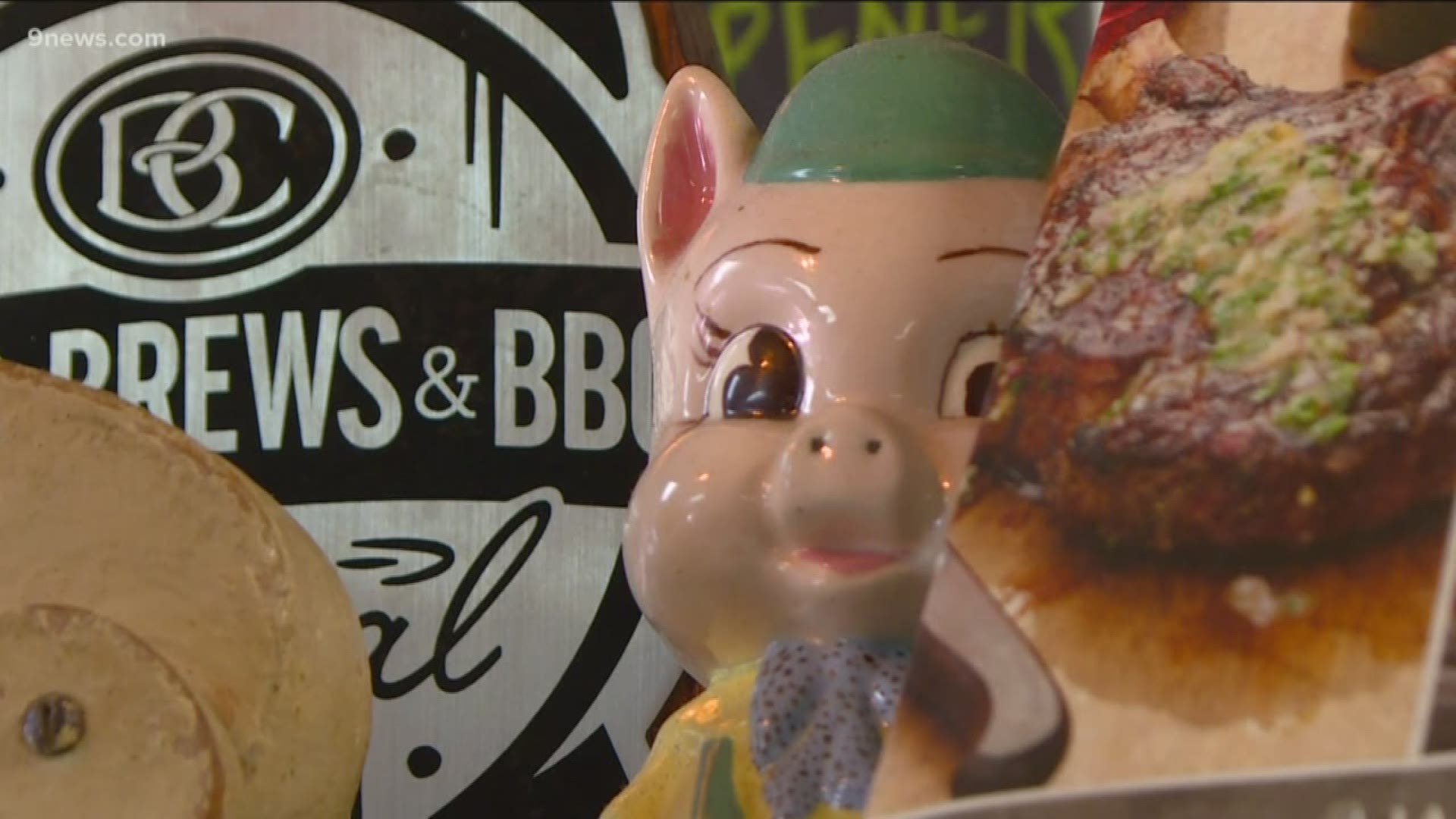 "We sell out of different menu items every day," Webb said. "We cook enough for the day to make sure that it’s fresh.”

Webb said Grubhub added her restaurant's menu to its website without asking and after she explained to the company that her restaurant wouldn't work with its platform.

"We had no knowledge. We had no email. No communication," Webb said.

Nick Hoover, manager of government affairs with the Colorado Restaurant Association, said he's been hearing similar stories about third-party delivery companies over the past year and a half.

If a restaurant doesn't want its menu posted on a delivery service website, Hoover suggested restaurant owners should first reach out to the company.

"If they refuse to take it down, then what we have suggested and what has worked for the members that have called us is, it might be time to do a cease and desist order with an attorney," Hoover said.

In a statement to 9NEWS, a Grubhub spokesperson said the platform adds restaurants based on local diner demand.

She said Grubhub removed Suga Me Sweet as soon as company leadership became aware the listing was a problem for the bakery.

The spokesperson did not address whether Grubhub should be asking permission before listing a new business.

It’s our aim to bring the best delivery experience possible while balancing the interests of our diners, restaurants and drivers. If a restaurant prefers not to be on our marketplace or needs to change any information like menu items or hours, they should reach out and we'll be happy to make necessary updates or remove them.

Suga Me Sweet Co. reached out to us expressing they’d like to be removed, and we honored the request as soon as leadership became aware. We also immediately escalated the restaurant’s removal to our search engine partners to remove any links to our platform that may appear in their search results.