The sandwich is made of an Extra Crispy chicken filet with special Cheetos sauce and placing it on a toasted bun with mayo and a layer of crunchy Cheetos. 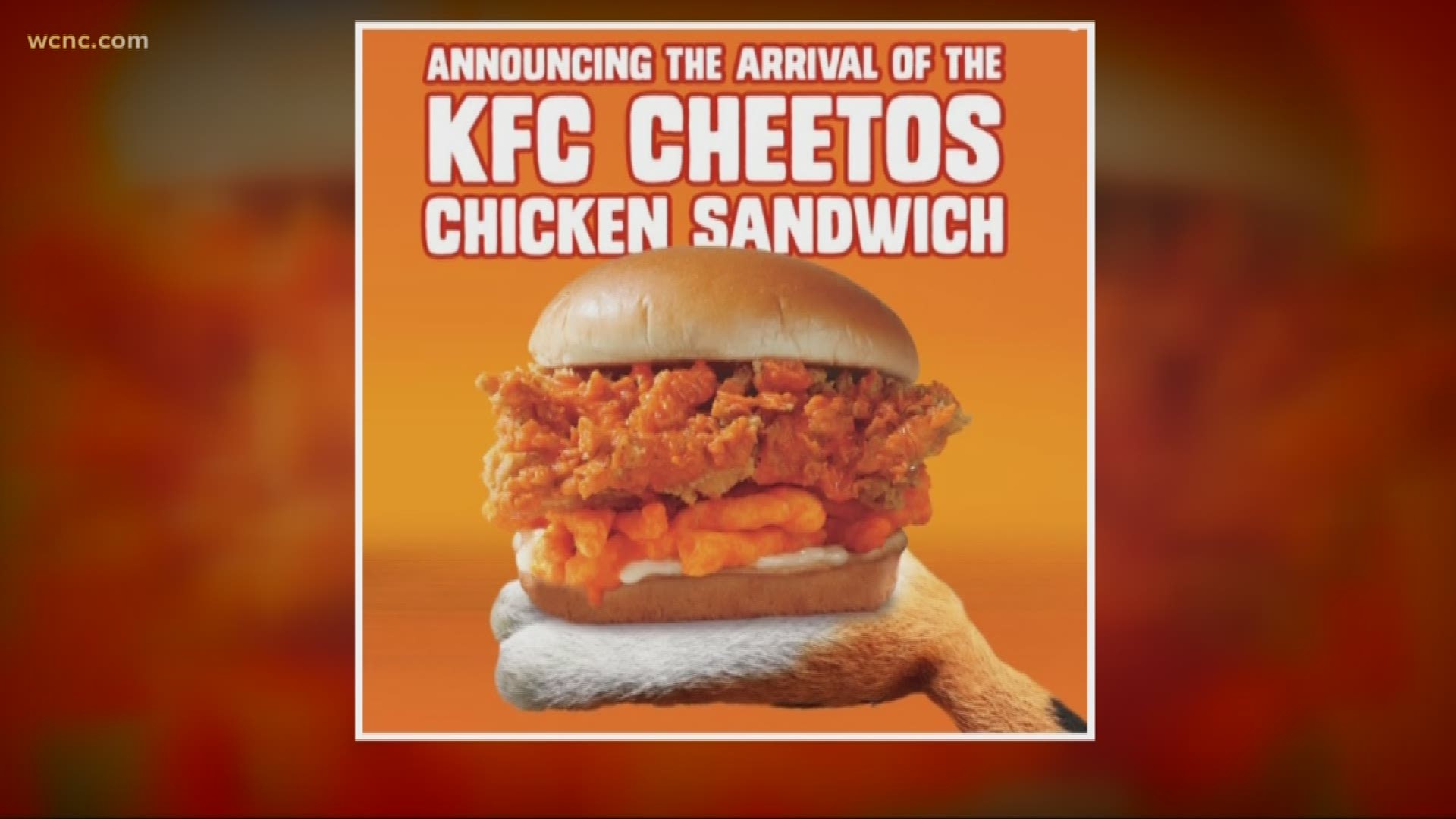 CHARLOTTE, N.C. — KFC, the iconic fried chicken chain that loves attention-seeking, gimmicky menu items, has done it again with the debut of the Cheetos Chicken Sandwich.

The limited-edition item is a spin on their traditional Crispy Colonel Sandwich and is literally called "the sandwich of your dreams." According to KFC, the Cheetos Chicken Sandwich is a chicken breast with a layer of Cheetos, mayonnaise and "Cheetos sauce." It will be available nationwide starting July 1 for four weeks.

In addition to the sandwich, KFC is hosting an exclusive pop-up in New York City on Thursday, June 27 where the menu will feature three other Cheetos-inspired dishes, including mac and cheese and loaded fries.