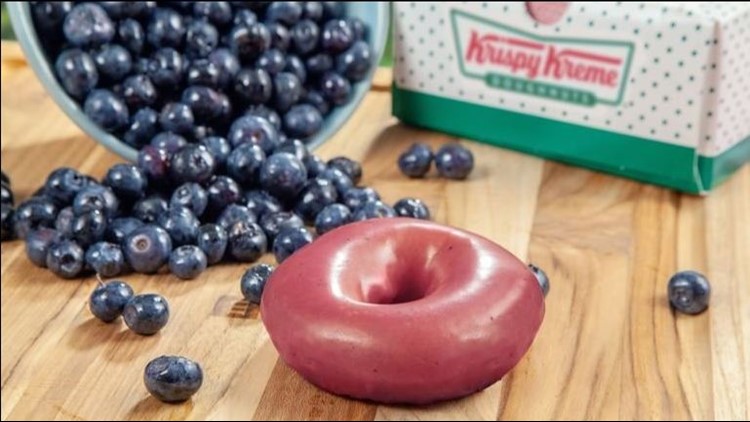 The iconic North Carolina doughnut chain announced its all-new Blueberry Glaze Doughnut. The sweet treat will offer a fresh seasonal talk on the classic original glazed doughnut that made them famous over 80 years ago.

If you want them, you’ll have to hurry, because they’ll only be available for one week from May 21 – May 27. And they're only while supplies last, so don't wait until the last minute or you might miss out!

In March, Krispy Kreme allowed fans to vote on a limited-time glazed doughnut out of blueberry, caramel, maple and lemon. Lemon won the vote and was served up in Krispy Kreme stores nationwide last month.

According to Delish, Brittany Dubin, Culinary Innovation Lead at the company, said in a press release that after the popularity of the vote, the company decided to give one of the runners up a try, too.

"When we looked at how America voted, other flavors received a lot of support and blueberry stood out as a unique and exciting culinary challenge that inspired my team," she said.

The stores in Denver, Thornton and Lone Tree are participating. Click here for a complete list of participating Krispy Kreme stores.

Last August, Krispy Kreme made headlines with their first-ever chocolate glazed doughnut in honor of the total solar eclipse.