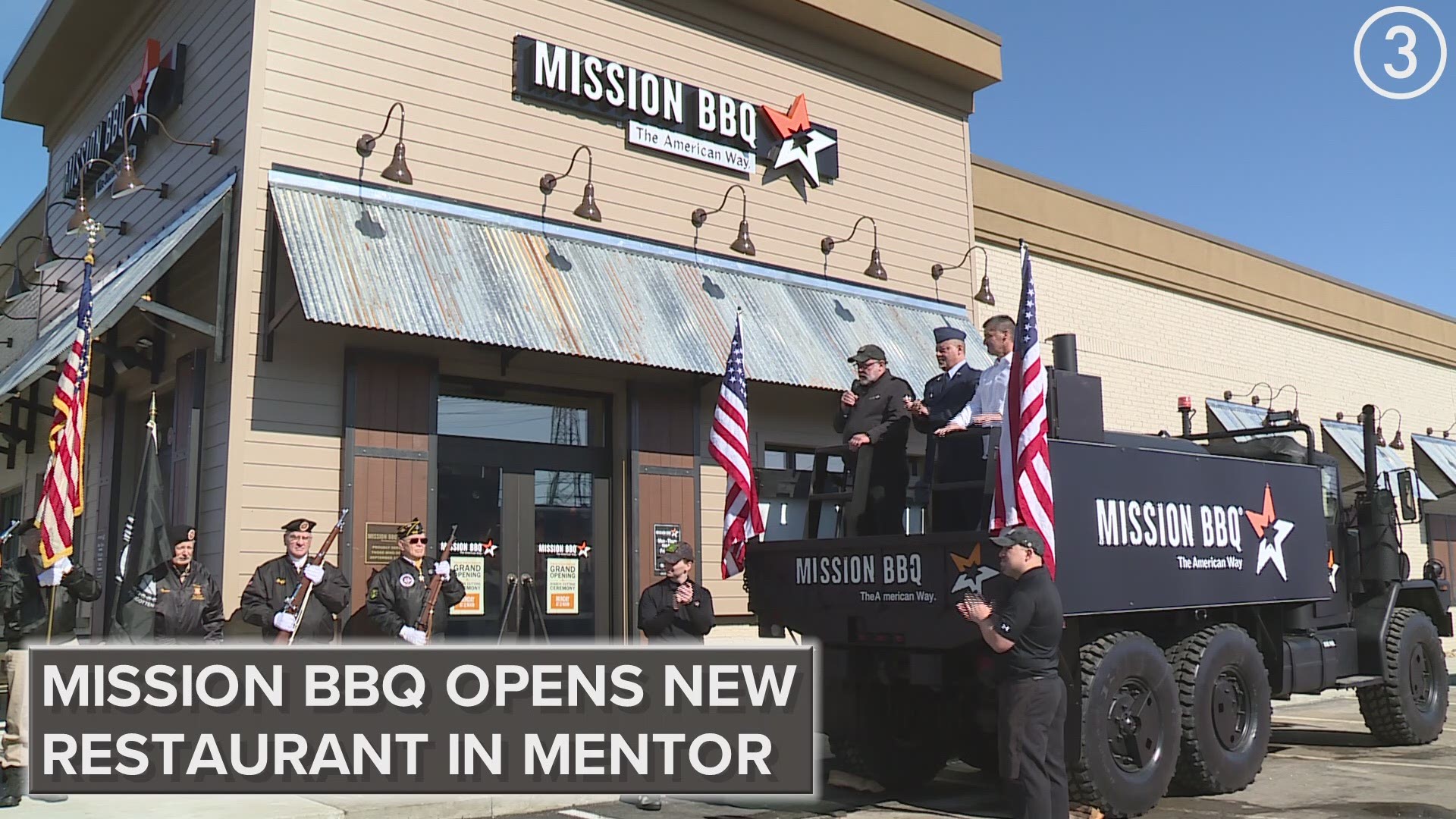 The new restaurant, which officially opened to the public at noon on Monday, is located at 7787 Reynolds Road. The opening day festivities include a live rendition of the National Anthem, which will be followed by a ribbon-cutting ceremony.

“The Mentor opening is very personal and emotional for co-founder Steve Newton, born and raised in Columbus,” the company said in a press release.

This Mentor eatery hosted a handful of charity nights leading up to the grand opening, including a few invitation-only events with a focus on firefighters, police officers and their families. A Military Appreciation Night, which was open to the public, took place Friday, Feb. 14 in which all sales were donated to the USO of Northern Ohio.

Mission BBQ's other Ohio locations can be found in Canton, Parma and Mason.

The new Mentor spot is the chain’s 93rd location within the United States. Company officials have the goal of growing to 150 total restaurants by the end of 2021.

If you've never been to a Mission BBQ, the restaurant is known for its patriotic atmosphere that is complete with a noon singing of the National Anthem every day.

“We set across this great land from Texas to Kansas City, the Carolinas to St. Louis to discover the secrets of great BBQ,” company officials said. “Every day we strive to serve you authentic barbecue made from the freshest, most delectable ingredients and serve it to you in a patriotic dining room filled with tributes to those who’ve made our country great, given to us by the people who earned them.”