How to make a cinnamon roll-inspired pecan pie for Thanksgiving

This pecan pie uses cinnamon-sugar in the crust and a cream cheese icing to give it a little extra flavor. 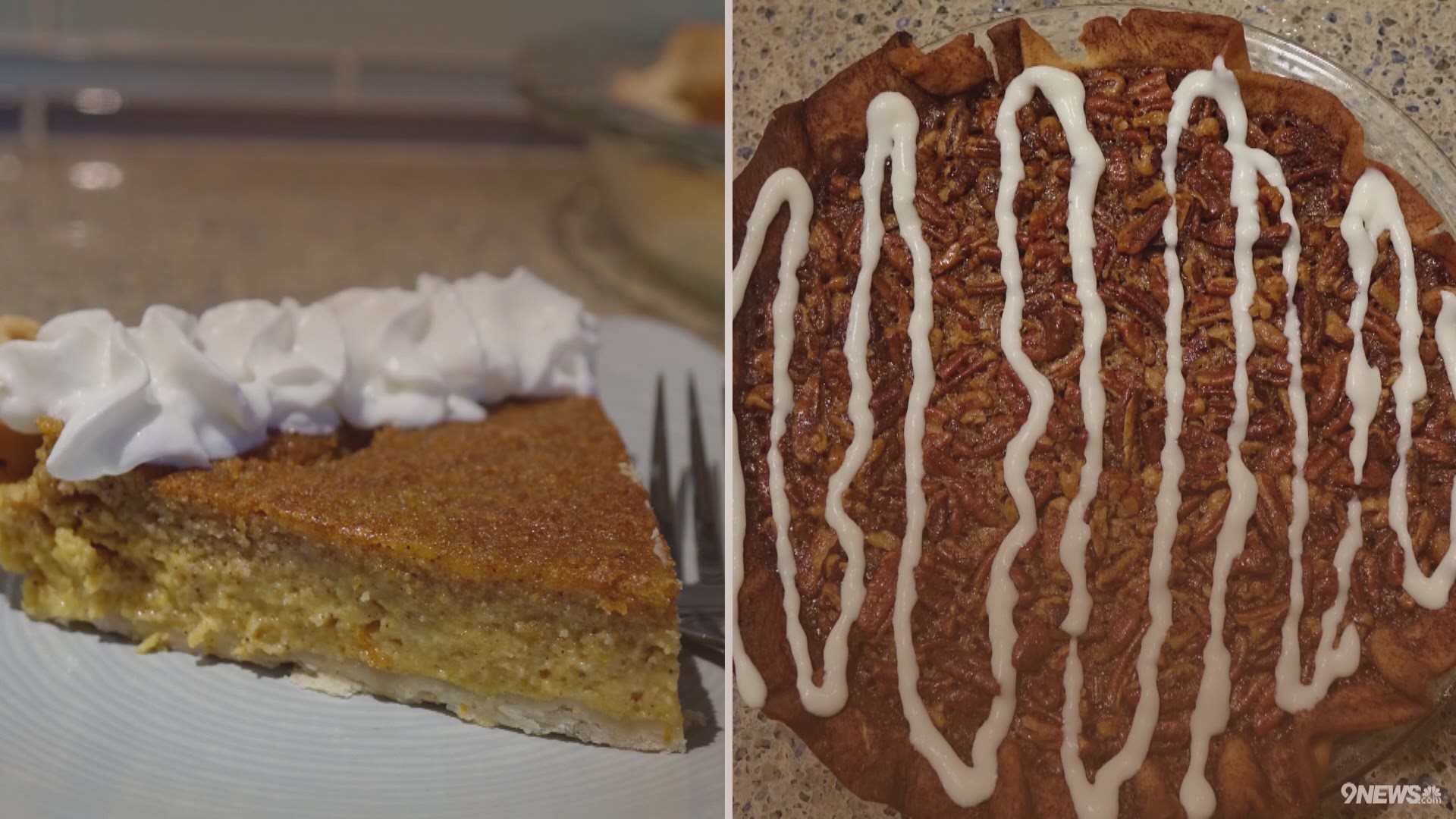 COLORADO, USA — Pecan pie is a delicious end to a Thanksgiving dinner.

So why not combine them?

RELATED: Make this light and fluffy pumpkin pie for Thanksgiving

This Cinnamon Roll Pecan Pie has a flavorful cinnamon-sugar crust, a rich filling, and a drizzle of cream cheese icing.

It's the best of a traditional pecan pie with just a little something extra.

RELATED: A simple, tasty sweet potato casserole dish that will wow at Thanksgiving

*Use your favorite pie crust recipe. Or you can use a store-bought refrigerated pie crust if you're short on time!