Denver is 1,600 miles away from New York City, but Rosenberg’s Bagels & Delicatessen found a way to bring New York to the Mile High City. 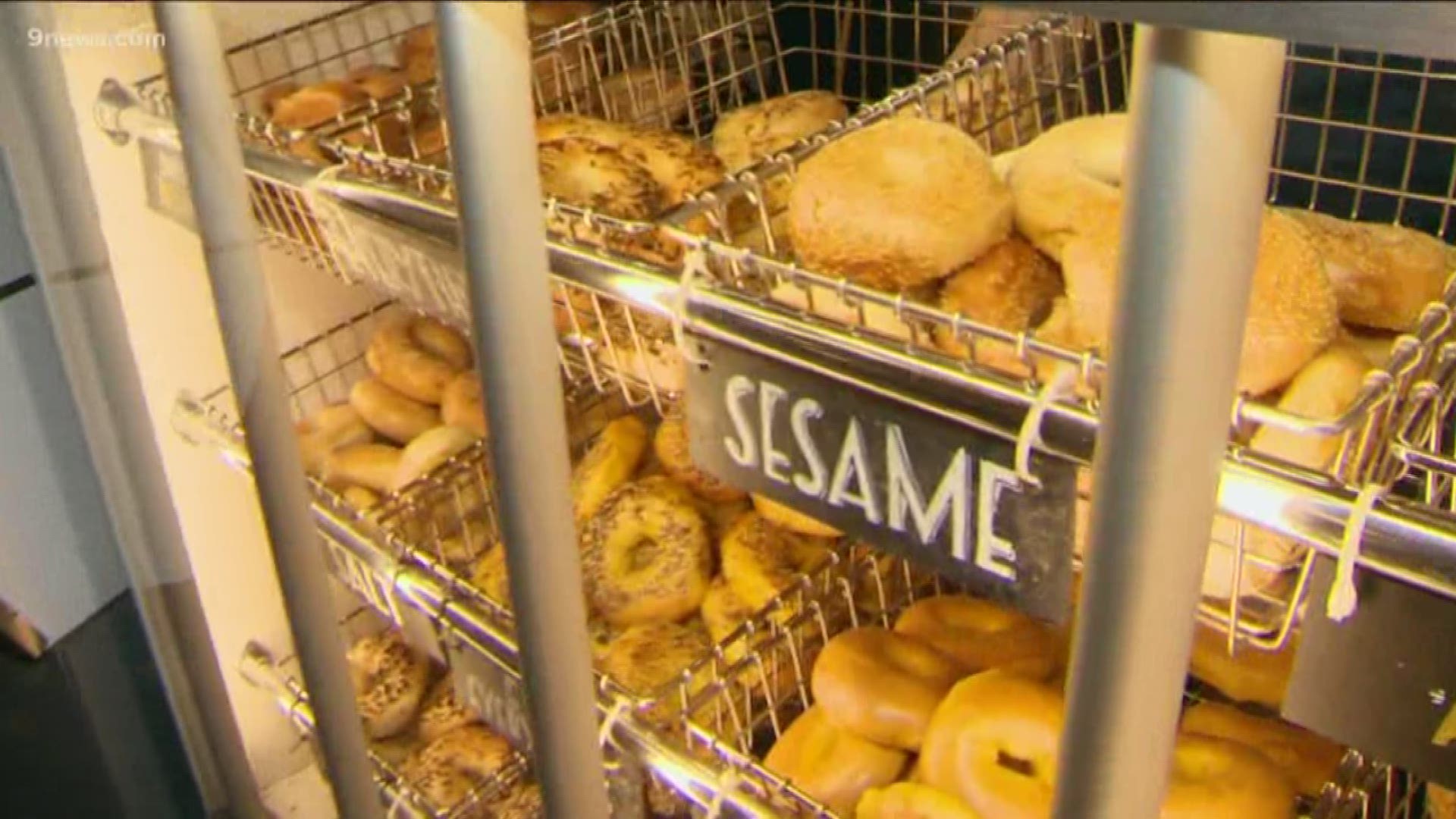 DENVER — Denver is 1,600 miles away from New York City, but Rosenberg’s Bagels & Delicatessen found a way to bring New York to the Mile High City.

Owner Josh Pollack is from New Jersey but came to Colorado for college.

Pollack grew up with Jewish Delis and bagels, so when he couldn't get the bagels he craved here in Colorado, he found a way to make them taste just like at home.

And apparently, it all comes down to science.

“After literally flying out water from all the burrows to CSU, they tested the water for me,” Pollack said. “I found some stark differences between the water here and the water in NYC. The levels of calcium and magnesium were starkly different between Colorado and NY's water. After I figured out the difference I engaged with a water company to create a machine that recreates NY's water chemistry.

With no background in chemistry or science, the process took more than two years. Each bagel in Rosenbergs is made fresh every day, never stays out for more than three hours and takes about 4-5 people and 48 hours to make each one.

Rosenberg’s is constantly stacked with Jewish deli favorites, but for Hanukkah, they have a few extra items on the menu.

“It’s one of the holidays where you just celebrate, you don't go to temple you don't fast,” Pollack said. “The centerpiece of every celebration is food.”

“We've got a lot of fans of our matzo ball soup,” Pollack said. “We say 'it's second only to your bubbies.' You can never beat your grandma's, but we actually melded three separate grandma's recipes."

Rosenberg's is doing a Chinese Food Pop Up for "A Jewish Christmas" Tuesday night.

It's a mash-up of Chinese-American and Jewish delicatessen favorites.

>> Find tickets to "A Jewish Christmas"