After fight for historic designation, Tom's Diner is saved from demolition

The diner was listed on the National Register thanks to a partnership between the longtime owner and a preservation group, according to Historic Denver. 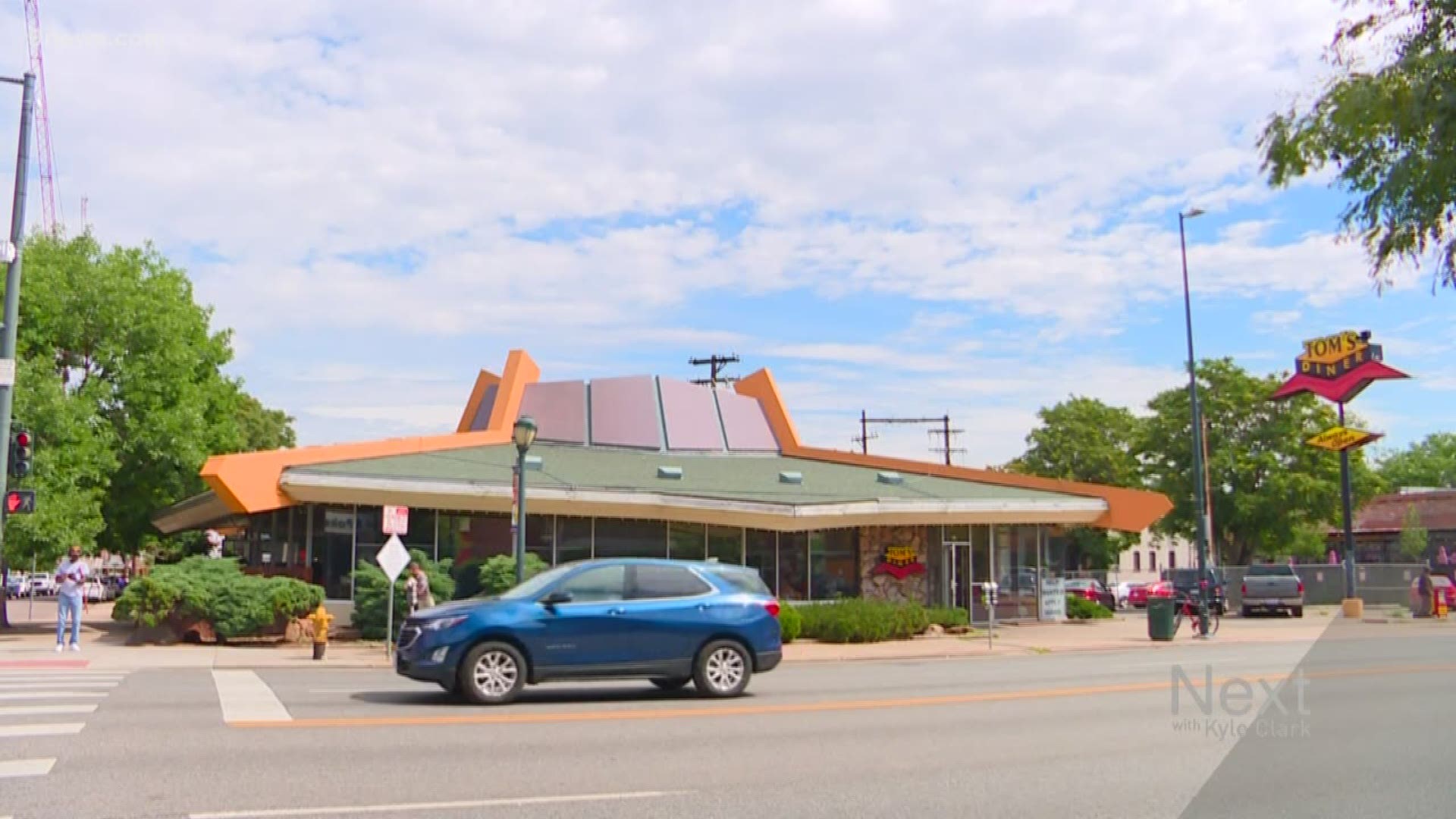 DENVER — After a months-long fight over a historic designation, Tom's Diner in Denver will avoid demolition thanks to a new partnership.

According to Historic Denver, the diner's longtime owner and GBX Group, an organization that specializes in preserving and operating historic real estate, plan on reinventing the Googie-style building at East Colfax Avenue and Pearl Street.

On Saturday, GBX announced that Historic Denver had reached out to the organization for help to avoid demolition of the diner.

The group, along with the owner, Tom Messina, who bought Tom’s Dinner in 1991, had the building added to the National Register of Historic Places, according to a press release.

Historic Denver worked with the community to develop ways to preserve the building, which they said was worth preserving because of its Googie-style architecture.

RELATED: Tom’s Diner could be demolished within 5 years after group withdraws application for historic designation

"There had to be a solution that benefited everyone, and that’s when we reached out to GBX Group," Annie Levinsky, executive director of Historic Denver, said in a release. "They were instrumental in protecting the nearby historic George Schleier Mansion, and we knew they could help."

Denver city officials said Saturday that they were happy with the outcome.

"We were not part of those discussions but were happy to hear that a compromise has been reached that satisfies Tom while allowing for the preservation of a place that the community loves," said Alexandra Foster, with the Denver Community Planning and Development office.

The building drew the public's attention when Community Planning and Development listed it as a possible historic structure with a request for a Certificate of Non-Historic Status.

In June, a group of Denver residents filed an application to designate Tom’s Diner as a historic landmark.

The application was later withdrawn, according to Historic Denver. The organization sees this victory and the community's way of demonstrating its appreciation for its architectural and cultural heritage.

"We look forward to seeing the new ownership team infuse new life into a valued piece of Colfax history," Historic Denver said in a release. "Through projects such as this, we believe the corridor has a chance to thrive as a place with both a storied past and a bright future."

RELATED: Longtime Colfax staple Tom's Diner is up for sale