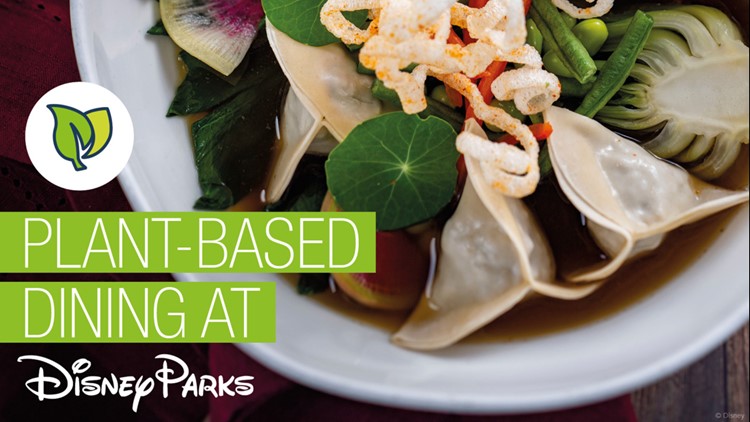 ORLANDO, Fla. — Vegetarians and vegans won't have to settle for salad when dining at Disney World and Disneyland.

Disney Parks announced Tuesday it will launch a new plant-based menu next month, which includes more than 400 dishes. The company said the new menu launches Oct. 1 at all quick-service locations and on Oct. 3 at all table service restaurants in Disney World.

Plant-based options will be marked by a green leaf on menus.

The new dishes are made without animal meat, dairy, eggs or honey.

Below are just some of the hundreds of vegan dishes featured in the new menus: