"It's something we've talked about all our lives," Olympia Bynum said. 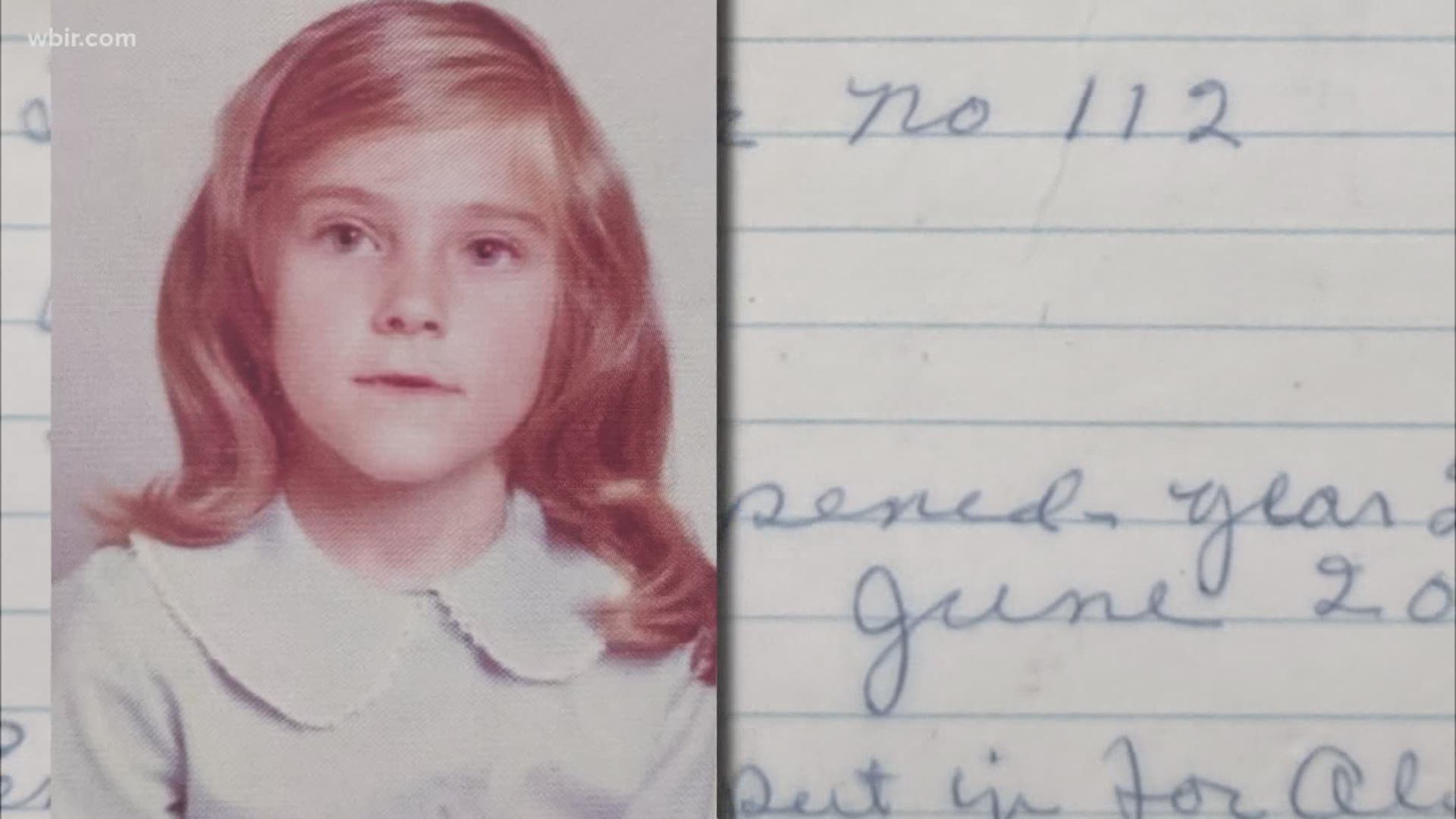 LOUDON COUNTY, Tenn. — When Olympia Bynum was 6 years old, her grandmother gave her an index card that said to be in Loudon, Tenn. on June 20, 2020.

"50 years seems like a long time until you get to this side of it," Bynum said.

Her 4 cousins received similar notes at the time.

"It's something we've talked about all our lives," Bynum said.

In June 1970, Loudon County was celebrating its centennial with a time capsule. Charlotte Havens and her husband, Floyd, who was a local pastor at the time, wrote letters to each of their grandchildren to open in 50 years.

"I promised her we'd all be there. I said 'we'll come to your house and you can go with us,' not knowing at six, that she probably wasn't going to be here for it," Bynum said.

As 2020 approached, Bynum reached out to her cousins on Facebook to plan for the big day.

"Two years ago, I started actively trying to get in touch with somebody to find out where we needed to go and what we need to do. No one that I got in touch with had a clue what I was talking about," Bynum said.

After several discouraging phone calls, Bynum finally found what she was looking for.

"Rachel was the answer to our prayers," Bynum said.

Rachel Harrell with Visit Loudon County knew exactly where the time capsule was buried. In fact, she said they dug it up a few months early, but there was bad news.

"When we dug it up, we found out that it had water damage from over the years, so the contents were mostly, completely ruined," Harrell said.

Bynum, who said she was holding back tears, texted the cousins to tell them the news. They decided they'd still make the trip regardless of what was or wasn't in the time capsule for them.

"The important thing is that Mema would have wanted us to be together," Bynum said.

Credit: Visit Loudon County
When they opened the time capsule, water damage had destroyed nearly all of its contents.

Shortly before the trip, Harrell reached back out. This time she had good news.

Some of the items inside the time capsule were salvaged, including the family's letters.

"That was just icing on the cake at that point," Bynum said. "It was exciting."

On June 20th, four of the five cousins made the journey to Loudon like they promised they would all those years ago.

Bynum said they spent the weekend visiting their grandparents' old home and looking at the letters that are on display along with the other salvaged time capsule relics at the Loudon Public Library.

"I don't know if we would have gotten together if she hadn't done this," Bynum said. "Not that we don't stay in touch, but we're at the age now where it's funerals that get us together."

Credit: WBIR
Rachel Harrell points to one of the family's letters that's on display at the Loudon Public Library.

She said the family plans to make the trip back to East Tennessee in November when the county seals up its next time capsule that will be opened in 2070.

"We're probably not going to bury it this time," Harrell laughed, mentioning that they're considering storing the next time capsule inside the Loudon County Courthouse after its reconstruction is finished.

Bynum said they want to keep the tradition going, leaving letters for their future grandchildren to open one day.

Credit: Olympia Bynum
Charlotte and Floyd Havens left letters for their grandchildren inside the Loudon County time capsule buried in 1970.

RELATED: Teen's prom dress tells a coronavirus story — and it's made entirely of tape