Baby Wren was born just minutes after the arrival of West Metro personnel. 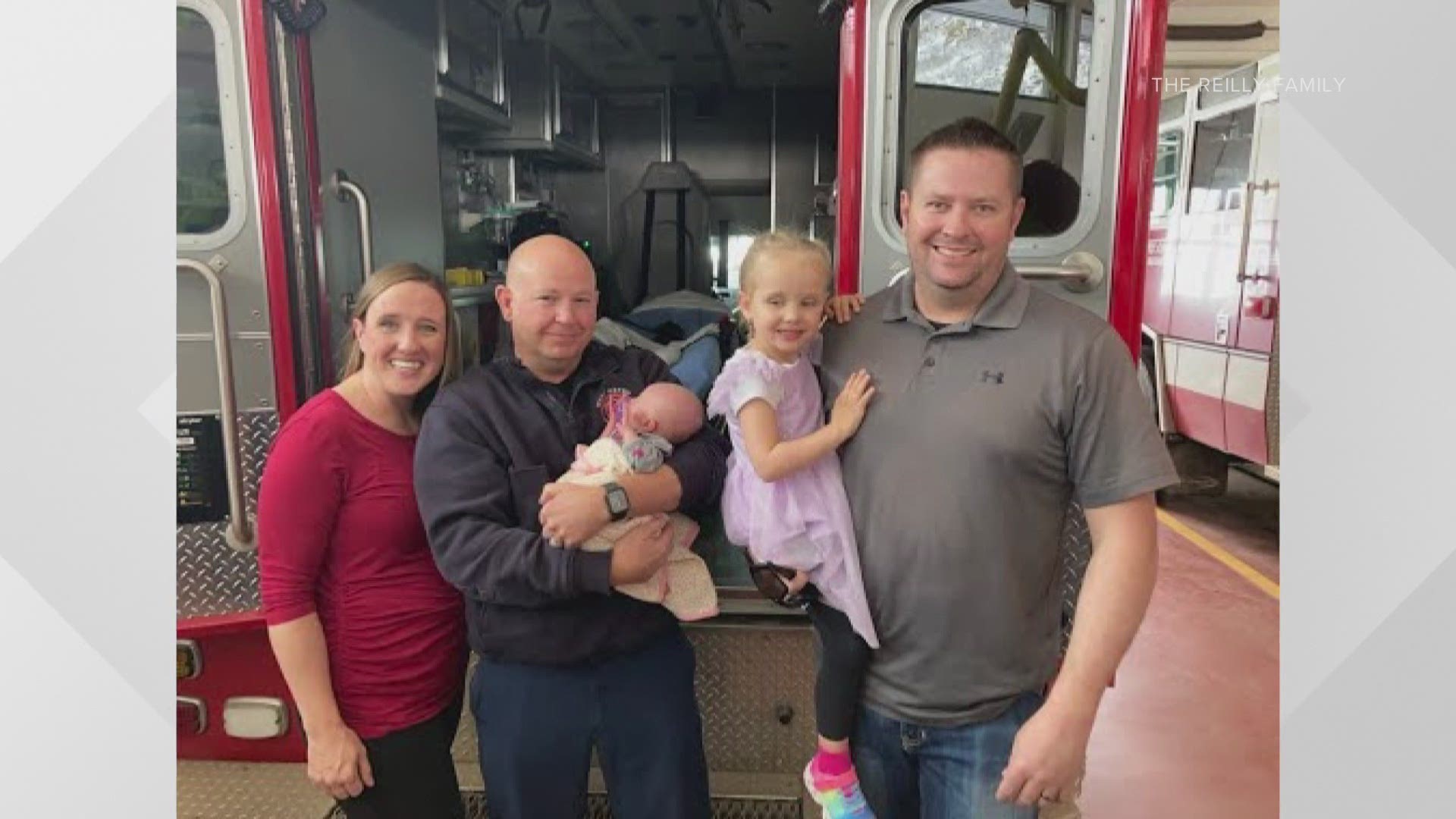 DOUGLAS COUNTY, Colo. — For an expectant couple in Douglas County, Plan A was to welcome their baby girl in the comfortable confines of a hospital.

But little Wren had a different idea.

So one early morning in March, they had to resort to a rather unconventional Plan B.

According to West Metro Fire Rescue, Maggie Reilly woke up after midnight on March 7 to contractions in her Roxborough home. She awakened husband Steven, and they started packing for a trip to Sky Ridge Medical Center.

But suddenly, West Metro Fire said, the Reillys realized the birth of their second daughter was imminent and called 911. Fortunately, the West Metro Medic 13 crew was just two blocks away at the time.

The crew was joined by Engine 15, West Metro Fire said, and soon after their arrival, baby Wren was born. She weighed 5 pounds, 6 ounces, and was 18 inches long.

"Dennis, our paramedic, bless his soul, walked up and he said 'Can you walk to our pram,' and I said, 'No. She is coming,'" Maggie Reilly said. "He finally realized that he had literally seconds to catch her. They had been on the scene maybe two minutes, and she was born."

Maggie and Wren were taken to UCHealth, where both of them got checked out. Everything was fine, and they got to go home shortly after. But they never got to meet the rest of the team that helped out.

On Saturday, the family stopped by Station 15 for a visit with the crew.

"The firehouse was fantastic," dad Steven Reilly said. "They were very welcoming, allowing us to come back and say thank you. It meant a lot to us just because, you know in the moment, we weren't able to go around saying thank you there to everyone who did show up for us."

But Wren didn't seem too excited.

"Even though she was the center of attention," West Metro Fire said, "Wren slept through most of it."

Luckily, things have calmed down a little bit for the Reillys. But they're happy to have a story to share with Wren for many years to come.

"We're no different than any other second-time parents, you know, we get little sleep, we're up all hours of the night," Maggie said. "Having a baby in our car in our driveway, it's funny, it's a great story. When she's 18 It'll be you know a great story to embarrass her with, we'll talk about graduations and it'll be awesome."

RELATED: Teacher reunites with firefighters who helped deliver her baby on sidewalk outside school