When Alex first started her mission two years ago, she raised enough money to buy 10 meal boxes. This year, she bought 108 meals and turkeys. 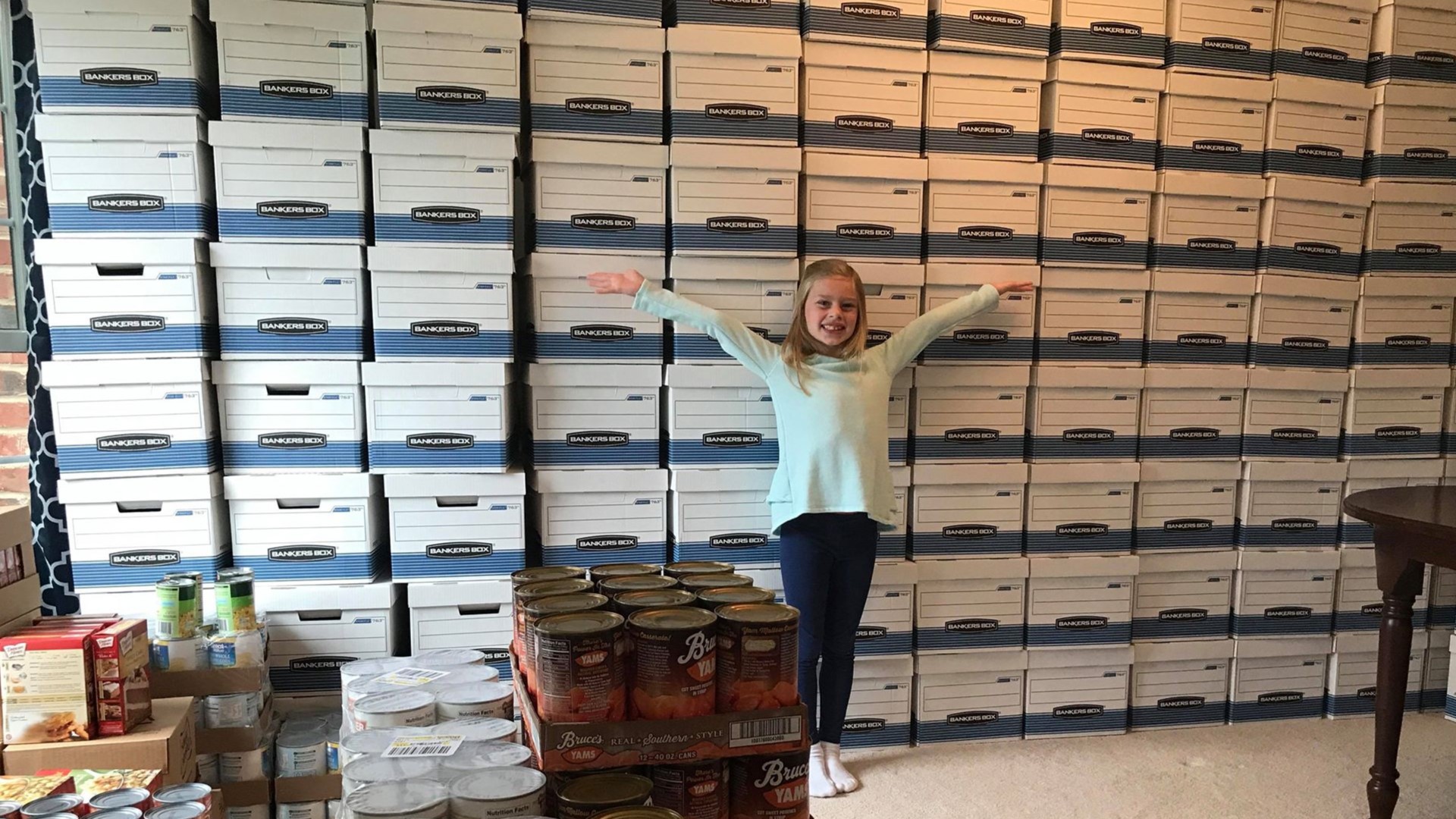 Alex was 7 when her mom, Lisa Fischer, said the family should take on a service project to help their community. After some extensive research, the Fischer's chose the Charlotte Rescue Mission, a program that provides a free 120-day Christian residential program for men and women who are addicted to drugs and/or alcohol and are predominantly homeless.

When Lisa Fischer first pitched the idea to Alex, she figured they would pack one box as a family.

"She was like one box is not enough, let's do ten," Fischer recalled.

Fischer told her daughter ten boxes were kind of a lot and suggested Alex start a fundraiser.

Alex was on board and immediately got to work. That year, the Fischer's had a goal of donating around 10-20 boxes of Thanksgiving food to the Charlotte Rescue Mission.

Fast forward a couple of years later, and Alex is still fundraising for the mission center. With the help of the community, 10 boxes quickly turned into 100.

"Last year we decided to go even bigger and I thought our goal should be 101 boxes and we ended up donating 130 boxes," Alex said.

Alex, with the help of her 6-year-old sister Caroline, set up a lemonade stand and bake sale in the front of their yard.

"I was in second grade and decided we should sell lemonade," Alex said. "And we ended up going bigger with some other stuff like brownies and cookies."

So far this year, Alex and Caroline have raised enough money to buy 108 frozen turkeys and boxes of food. At their lemonade stand last weekend, they sold out for the first time.

Lisa Fischer said she never expected the family service project to grow the way it did.

"Every year it continues to grow," Fischer said. "But it's awesome and it's neat to see. It gets bigger and bigger."

Fischer said as her daughters grow older, she hopes their appetite for serving never fades.

"It's kind of humbling to see how many people want to help them and be apart of this. And we’re really excited to see where they go with this," Fischer said.

After all of their fundraising efforts, the Fischer's created a meal from the food provided in the box so the girls could see what they donated.

"Every year agencies come to us and ask us to help with this big food drive," Rachel DiBattista, Communications & Marketing Specialist for Charlotte Rescue Mission said. "We're the central location for collecting the Thanksgiving food and frozen turkeys and help distribute them to families that need a Thanksgiving meal."

For information regarding the exact contents of the food box, you can email Thanksgiving@charlotterescuemission.org.

Charlotte Rescue Mission
Thank you WCCB, Charlotte's CW for sharing our need for frozen turke... ys! Friends, if you can, please consider helping us feed thousands of families this Thanksgiving by donating frozen turkeys or food boxes. Email thanksgiving@charlotterescuemission.org for details.