'It was as good as gone': GoPro filled with memories of late father returned to teen

A diver returns a GoPro filled with memories to an unsuspecting teen who gave up hope of finding the device. 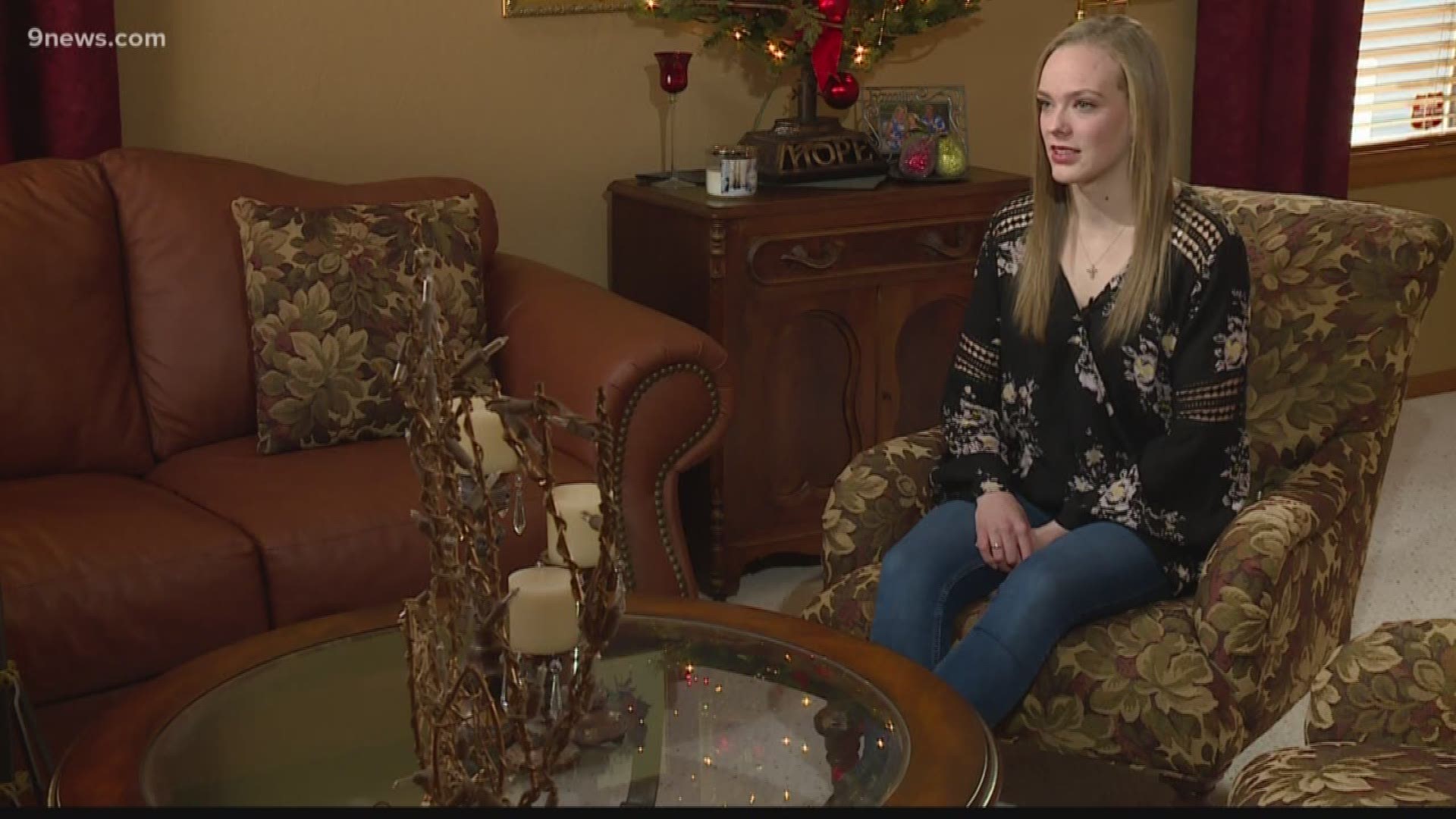 As a diver and a father of two, Scott Mueller believes in the premise of finders keepers.

“You see something kind of neat on the bottom (of the lake), you pick it up,” he said. “Finders keepers. It's kind of the thing.”

Mueller, also an engineer and a paramedic for West Metro Fire Rescue, was training with his dive team at Bear Creek Lake Park the day before Thanksgiving.

“These lakes in town…obviously people lose things out of their boats, sunglasses and garbage,” he said. “There is a lot of stuff down there. Some guys have actually cleaned up some sunglasses to use as their own.”

Scott Mueller, an engineer and a paramedic for West Metro Fire Rescue, was training with his dive team at Bear Creek Lake Park the day before Thanksgiving when he found the GoPro.

On this day, Mueller was about 30 feet under when he noticed what looked like a GoPro.

“I look down and I see a clear plastic case on the bottom. I reach down, pick it up and I think it's GoPro,” he said. “I figured, cool - I own a GoPro!”

Muller told his kids about the find. His 10-year-old son and 12-year-old daughter were excited to have a GoPro, too.

“Yeah, we own a GoPro,” they said to Mueller.

And then they plugged it in.

Mueller was about 30 feet under when he noticed what looked like a GoPro.

“As I'm looking through there, I see some Christmas footage of a family. There is a girl, a ThunderRidge High School girl on a pom squad,” Mueller described.

The girl was Annabel Hiben.

But Mueller would have to put in some more work to figure that out.

In the meantime, Hiben was in her Highlands Ranch home thinking the GoPro she lost while paddle boarding at Bear Creek Lake Park in June of 2015 was gone forever.

“I dropped it in the lake. I didn't even realize it. When I went back to try to find it, I was just far enough in the middle that it sank to the bottom and I couldn't find it,” she told 9NEWS. “I was really disappointed.”

The day she lost her GoPro, friends had taken Hiben paddle boarding to cheer her up. Hiben's dad Tom suddenly died of a heart attack while on a run a couple of weeks earlier. The GoPro had pictures and videos that could not be replaced.

“It was heartbreaking especially with what happened before and I had videos with my dad on there,” she said. “It was just heartbreaking. I was convinced it was gone.”

After finding the GoPro, Mueller took it home, bought a cable for it and plugged it into his computer.

Two and a half years in 30 feet of water didn't appear to damage anything Hiben had shot.

Hiben's dad Tom suddenly died of a heart attack while on a run a couple of weeks before she lost the camera. The GoPro had pictures and videos that could not be replaced.

“I started looking through the files to see if I could figure this out,” Mueller said.

Hiben's obsession with filming everything paid off.

“I had filmed one of my friend's name tags and then for a split second you could see mine,” she said.

“Split second” being the operative words.

“We're turning the computer upside down and backing it up,” Mueller described. “Eventually we come up with the name. It's Annabel Hiben.”

“We kind of felt we really need to find her,” Mueller said.

Especially after he said the family googled Hiben's name and saw her dad's obituary.

“It was as good as gone,” Hiben said. “It was at the bottom of a lake. I couldn't find it. I tried hard to find it. I couldn't. It was amazing. I was so thankful. It's a blessing they were able to get it back to me. They would take time out of their day to find out whose GoPro that was.”